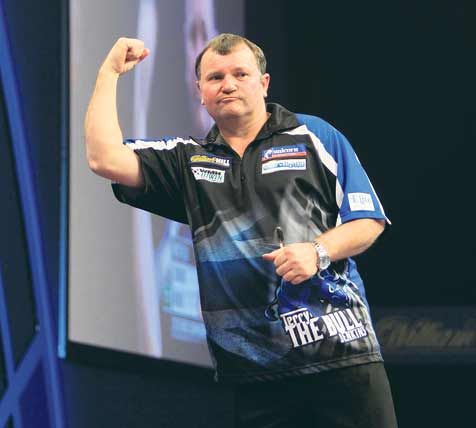 RENOWNED darts player Terry Jenkins will take on the best West Cork has to offer at O’Brien’s Bar, Rosscarbery on Sunday, June 28th, at 6pm.

Jenkins recently just missed out on a shock semi-final win against world number one Michael Van Gerwen at the Dutch Masters, before being nudged out 6 – 5.

Darts ace Jenkins also lost out to Van Gerwen in the final of the Gibraltar Darts Trophy at the end of May, but these results alone show that ‘The Bull’ Jenkins is on top of his game right now.

Local West Cork darts players now have the chance to take him on in Rosscarbery. There will be auctions and draws on the night to win a chance to play Jenkins.