Decision: Eoin Cadogan has decided to concentrate on the Cork senior footballers in 2015.

With the spotlight shone firmly on Cork dual players in 2014, Tom Lyons asks what's next 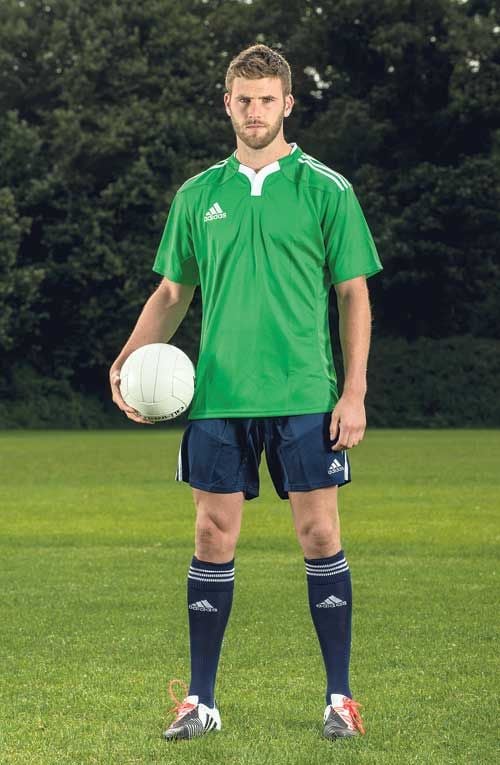 Decision: Eoin Cadogan has decided to concentrate on the Cork senior footballers in 2015.

IS the era of the dual player at inter-county level here in Cork really at an end or is this just a break in the chain?

Looking back on 2014 it seems there was more talk about Cork’s dual players than about the teams’ performances and results.

How would Aidan Walsh, Damien Cahalane and Eoin Cadogan fare out trying to satisfy two masters? Cadogan’s problem was eased when he wasn’t included on JBM’s hurling team, a situation that was hard to understand as he was one of the best players in the county senior hurling championship.

When Cahalane and Walsh played poorly, which they did with the hurlers, we instantly blamed the dual participation and lack of proper preparation with either Cork team, but how did we account for the poor play of the other hurlers against Tipp or the footballers against Kerry?

We didn’t attempt to do so, the dual players were the scapegoats as it was a handy excuse. This over-concentration on the couple of dual players also meant a lack of proper post-mortems after both teams lost.

In short we took our eye off the ball and looked at the dual players. At least now, in 2015, full concentration will be on team performances.

There can be no arguing that the demands on modern players, and we’re not talking just about inter-county players, in the game today have increased far beyond the ordinary expectations of amateur players.

Many of our top clubs here in Cork, who have always been good dual clubs, gave definite signs during the past season that they are struggling badly between two codes. Many are now beginning to focus mainly on one code, to the detriment of the second.

In East Cork the stronger hurling becomes, the more football is suffering and some would say the big ball game is literally dying in the area. While the story isn’t quite as bad, there are football problems in Duhallow, Avondhu and the city, where hurling is coming to the fore and football is regressing.

While football is definitely the top game in Carbery, we cannot ignore the progress hurling has made in recent times, although still far from where we want it to be.

The success of Newcestown in reaching the intermediate premier final, the victory of Carbery minors in premier 2 championship and the victory of Kilbree in the county minor B final all point to an improving hurling situation in the west.

So, looking at the overall picture it would seem that hurling, which, in truth, has been in the doldrums in Cork for over a decade, is making a strong comeback. Unfortunately, it’s to the detriment of Gaelic football and the question must be asked why clubs can no longer cope with both codes like they did in the past?

Just think of the days when St Finbarr’s, Glen Rovers/St Nick’s and Blackrock/St Michaels were fully capable of winning county titles in both codes, with many over-lapping players. Now most clubs are trying to produce different, independent teams in both.

The reasons why players are no longer happy about trying to be stars in both football and hurling? The training involved is the main cause because it takes a mighty effort now for any team to win a major title.

The training is not far short of professional and includes winter training in the gym, even for the ordinary club player. When both the football and hurling managers demand full commitment to training, then something has to snap, as we keep forgetting there is a life outside our games for our players.

Lack of communication and co-operation between managers within the club is a growing and unfortunate problem that clubs are reluctant to tackle.

Time is another huge factor as a player could end up training four nights a week, for both codes, while playing with numerous teams at club, county, divisional, college and university levels. Add in a couple of games a week and you don’t need to be a genius to figure out that there is no time left for a life outside the GAA. In this day and age many players are no longer willing to sacrifice everything just to be a star in both codes.

Modern life places huge demands on the mature players, those who are just starting families, trying to hold onto jobs, paying mortgages, catering for the necessities of ordinary life.

Our games are only a part of their complex existences and in many cases are not looked on as the most important – perfectly understandable.

Why are most of our top players now in their late teens and early twenties? Because they are still in university, haven’t taken on the responsibilities of job, family and house yet and have some spare time on their hands.

Simply put, our games, as amateur sports, have become far too demanding, far too professional, without the advantages that professional sports people enjoy.

Most professional sports people can concentrate on one single sport, have their training monitored, take their rest time, not worry about going to work on Monday morning.

It’s a tough life, sure, but it’s easier than the sporting life now facing our amateur GAA people, especially our dual intercounty or club players.

Would Brian O’Driscoll try to become an international soccer player while playing rugby with Ireland? Would Robbie Keane try his hand at rugby? That is what we expect of our dual players to do and it just isn’t possible any longer.

Of course, it’s a crying shame to think that we will never again see dual heroes like Teddy McCarthy, Jack Lynch, Jimmy Barry-Murphy, Ray Cummins and Denis Coughlan in the red shirt of Cork but we have brought this on ourselves.

Not only have we allowed the demands on our inter-county players to get completely out of hand but we have watched it creeping into our clubs, where paid coaches think they have to deliver titles for their pay, and we have done little to cry stop.

In fact, we now see it also in our underage games and little wonder that burn-out is such a huge factor as young as 15.

Will we ever again see dual players on Cork teams? Not for the foreseeable future but somewhere down the line we might just get a little commonsense all round and treat our players again as human beings, not as a commodity to be used in the pursuit of titles.