THE stakes couldn't be higher as Declan Hayes attempts to guide Carbery Rangers to victory over Newcestown in this Sunday’s Bon Secours Premier SFC West Cork derby in Clonakilty (2pm).

The two teams also clashed in the group stage of last year’s championship when Newcestown won by three points to end Carbery Rangers’ interest in the 2020 competition. The scenario is the same again as Hayes’ Rosscarbery side looks to bounce back from a 1-15 to 1-9 loss to Éire Óg and keep alive their hopes of making the knockout stages.

There is no getting away from the fact that, for the second year in a row, there’s a lot at stake for Carbery Rangers heading into their second of three group matches.

‘Yes, the stakes are high for both ourselves and Newcestown as you have to win two games to get out of your group,’ Carbery Rangers manager Declan Hayes explains.

‘It is win or bust for both teams really. If you win you have a chance. If you don’t then you won’t get out of your group and you are looking at a different scenario.

‘In terms of the last day, Éire Óg are a very good team. We knew how good they were having watched them a few times. A very, balanced, powerful and athletic team. They can play very good football, have been well coached and together quite a few years. They were always going to be a tough team to play against.

‘Having said that, there used to be over 24 teams in the top senior football grade and at times some teams got the odd soft draw. Now there are only 12 clubs in Premier Senior. That makes it incredibly tough but that’s a good thing.

'Éire Óg were probably the strongest fourth seed you could get but it’s like I said, there are no easy games anymore in the top grade. There just aren’t.’ 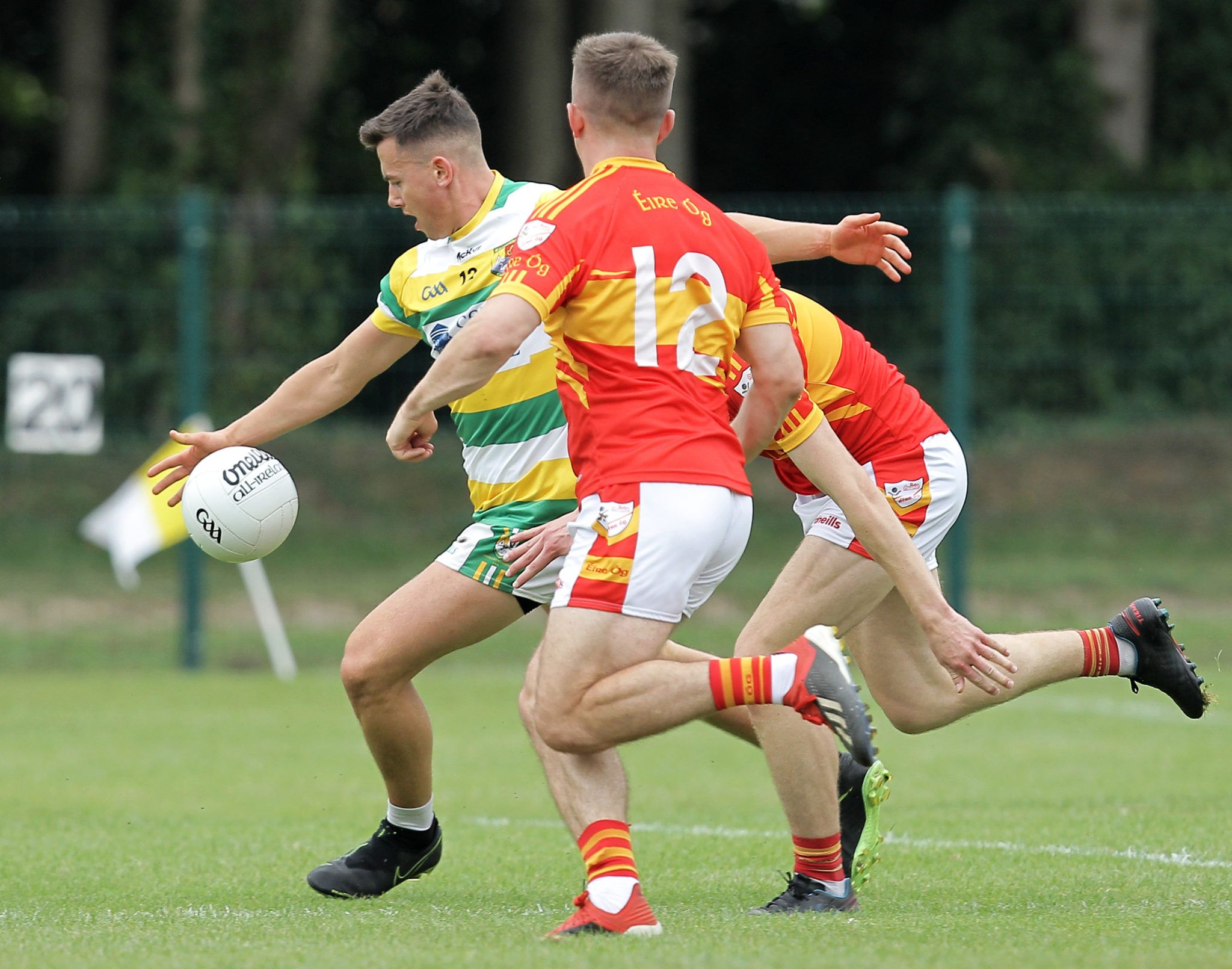 Carbery Rangers' John Hodnett goes past Eire Óg's Kevin Hallissey and Daire McCarthy to score his side's only goal in the Cork PSFC round one game in Bandon.

In terms of injuries, Hayes was giving little away when asked who may or may not tog out against Newcestown. Brian Hodnett, Mark Hodnett and James Fitzpatrick all missed Rangers’ opening game due to injury and remain big doubts. Experienced forward John Hayes was suspended for the Éire Óg match but, if fully fit, is expected to feature.

‘There are some injury concerns, yes,’ Hayes admits.

‘We have a few players with long-term issues who missed the last game against Éire Óg and they are pretty much still injured. Unfortunately, we have also picked up a few knocks since then so there are still a few concerns heading into the Newcestown game.’

Newcestown and Carbery Rangers know one another inside out at this stage having faced off in both league and championship on numerous occasions in recent times.

‘You have to analyse every opponent, pick out their strengths and weaknesses and Newcestown will be no different,’ Hayes says.

‘At the same time, you don’t want to deviate from your own strengths either. Obviously, we know each other very well and Newcestown are a seasoned team. They are battle-hardened at this level and possess a great age-profile. There have players in their mid-20s who are reaching their peak over the last couple of years.

‘A good few of the younger players Newcestown have introduced have represented Cork at underage level too so they are going to be formidable opposition. They are a team on the up.

‘Last year, on the day, we were poor and the three-point defeat was a bit flattering to us. Whatever happened before, this is a brand new game on Sunday. So, everyone in the Carbery Rangers set-up knows we have to play much better to have any chance this year.’