PRIDE RESTORED: Paddy O'Driscoll and his Carbery teammates can take pride back in their performances for the purple and gold this season. (Photo: Paddy Feen).

Goals win games. A floundering Nemo got two at critical stages to fall over the line against a gallant Carbery Rangers and Castlehaven put daylight between themselves and a game Mallow side with two in the first half courtesy of Michael Hurley and Robbie Minihane.

A brace of early penalties and another two goals in a five minute spell made the hill too steep to climb for a battling Carbery.

In the opening game on Saturday, Declan Hayes’s Carbery Rangers played the game on their terms against the hot favourites Nemo Rangers.

Having paid close heed to Clonakilty’s game plan two weeks previously and with a few deviations of their own, they played all the football and can count themselves extremely unlucky to come out the wrong side of this one.

They shut down the time and space on the ball which the Nemo boys love and frustrated them to within a whisker of taking this game to extra time at least.

Adopting an all up, all back game plan with massive discipline in the tackle they forced the Kerrigans and the Connollys of this footballing world into poor shot selection and questionable decision making on the ball.

Six scores for Nemo and nine for Ross says it all.

On the turnover, the Rangers were patient, moving the ball first time through the hands, exposing the Nemo forward line's poor work rate.

As the play moved up the pitch John Hayes assumed a quarterback role opening the Nemo defence time and again with quality foot passes.

How the Nemo management didn’t push a man out onto him boggles the mind. John with time, space and ball in hand is an extremely dangerous combination.

Nemo unlocked the Ross defence with slick hands when Jack Horgan finished to the net after Rangers had dominated the opening quarter.

They then failed to score in the second quarter to trail by a point at half time. The killer blow came on the resumption when a shot for a point came off the post. Barry O’Driscoll reacted quickest and billowed the net.

With scores like hen’s teeth it was always going to be an uphill battle from there for the boys from the west.

The second game was far more open. The ‘Haven’s fire power and experience saw them through but Mallows seven first half wides tells its own story.

Mallow are a big physical outfit and matched Castlehaven for long spells. 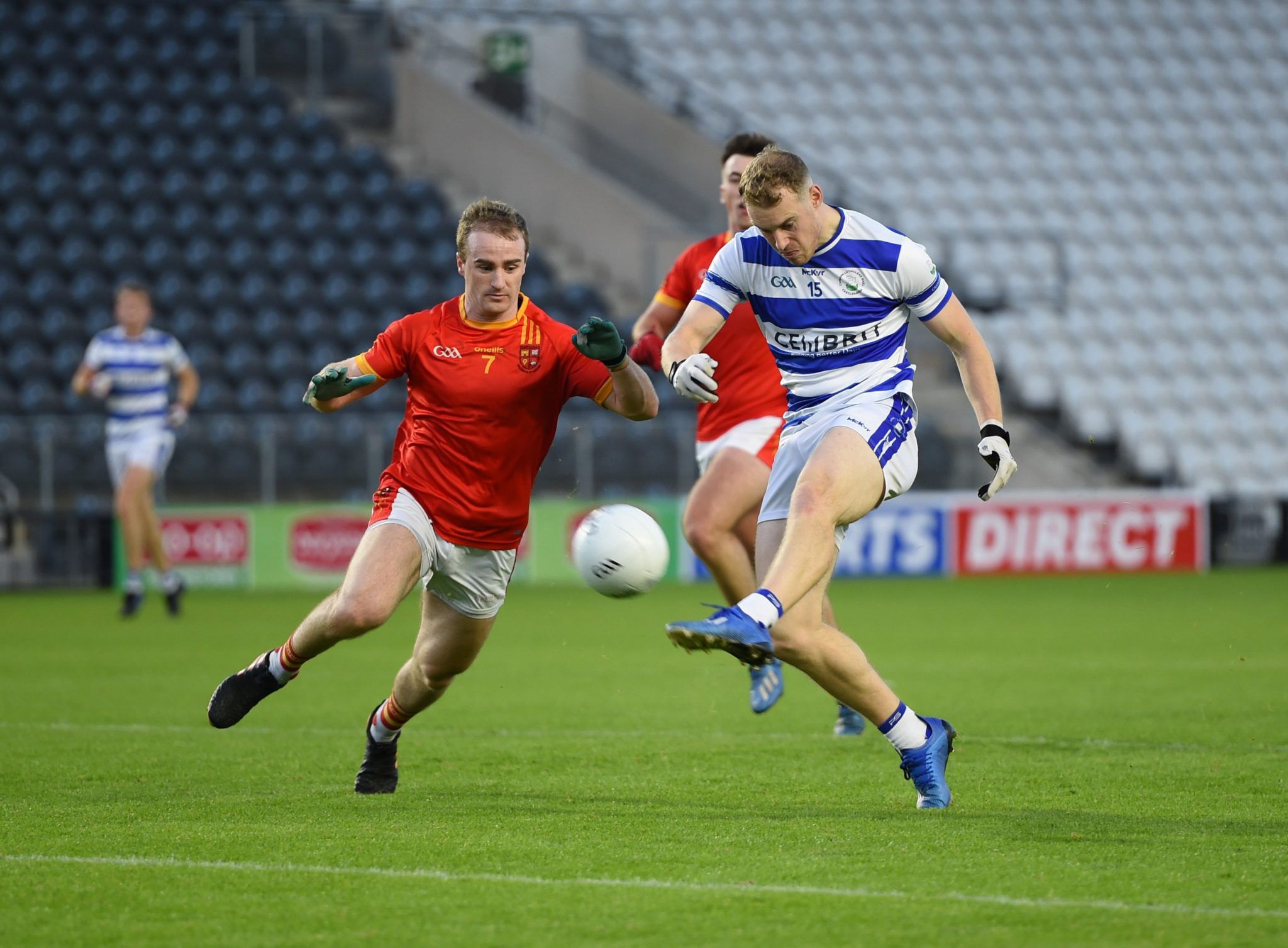 Their scoring burst in the ten minutes before half time which put them eight points up was the critical spell.

Cathal Maguire’s sixty yard pass with the outside of his right boot for Michael Hurley’s goal was a standout.

The other major talking point was Damien Cahalane’s straight red for an off the ball altercation which puts him out at least for the joust with the Barrs depending on the severity of the referee’s report.

The loss of Cahalane certainly puts James McCarthy’s men on the back foot for their third semi final meeting in three years with the Togher side.

An unusual situation where the loss of one player gives the opposition a leg up in two codes.

The last two meetings were decided by penalty shoot outs.

Carbery were confident going into last Sunday’s encounter but a well-drilled and well-organised Ballincollig team now find themselves in a county semi-final having been lucky to emerge from their group.

It just shows that gaining momentum and confidence at the right time in the championship can lead to anything happening.

There is nothing to say that Ballincollig can’t reach this year’s final. They are a big powerful athletic team with a nice blend of youth and experience.

They beat Carbery Rangers in a Premier 1 minor county semi final four years ago and eight of that team started last Sunday.

A great credit to Podsie O’Mahony who coached them then and is senior coach now. All of these young lads' levels of conditioning, athleticism and no lack of football ability was ideally suited to the wide open expanses of the Páirc.

In saying that Carbery recovered well from the early brace of penalties but that 2-2 in eight minutes in the first quarter of the second half did all the damage.

Ruairi Deane led from the front all day hitting 1-4 while Brian O’Driscoll kicked 0-7.

There is a big gap to be made up in levels of fitness and strength and conditioning when jumping from junior to senior and Carbery didn’t do well enough on their own kickout over the hour.

A lot of lessons learnt but a great season overall for this group who can take huge credit for putting pride back into the purple and gold.