The Drinagh Rangers squad that claimed the U16 Schoolboys Premier League title with victory away to Kilmichael Rovers.

Drinagh captured the 2021 SuperValu U16 Premier League title courtesy of a 5-1 win away to Kilmichael Rovers in Inchisine. A season-long battle with second-placed Bunratty United came to an end as the Canon Crowley Park side completed their final league fixture.

Gaining all three points in Kilmichael meant Rangers could no longer be overtaken at the top of the standings even though Bunratty still have three remaining games. Goals from Oran McCarthy, Cormac O’Shanahan, James Russell, Caolan O’Driscoll and Eoin Hurley secured Drinagh the U16 Premier title in a game Tom Browne registered Rovers’ solitary reply.

Lyre Rovers proved too strong for Bantry Bay Rovers and captured the 2021 SuperValu U12 Cup trophy following a 2-0 victory last Saturday. Ewan Knowles and Gearoid Donegan were on target for the winners in a decider Darragh Coppinger, Conor Hourihane and Sean Wiseman shone for Bantry. Gearoid Donegan, Joe Twomey, Ben McInerney and Ewan Knowles stood out for the cup winners.

Kilmichael Rovers edged Ardfield Rovers for the 2021 SuperValu U13 Shield. A cracking final went the way of the Inchisine club following a 4-2 win. Sean Hennigan and Jack Browne each scored twice for the winners with Milo Kinsella and Ronan Hayes on target for Ardfield. Milo Kinsella, Darragh Keohane, Ronan Hayes and Eoin Whelton played well for the runners-up. Jack Browne, Tommy McCarthy, Ruadhan Doherty and Sean Hennigan’s combined efforts ensured the U13 Shield returned to Inchisine. 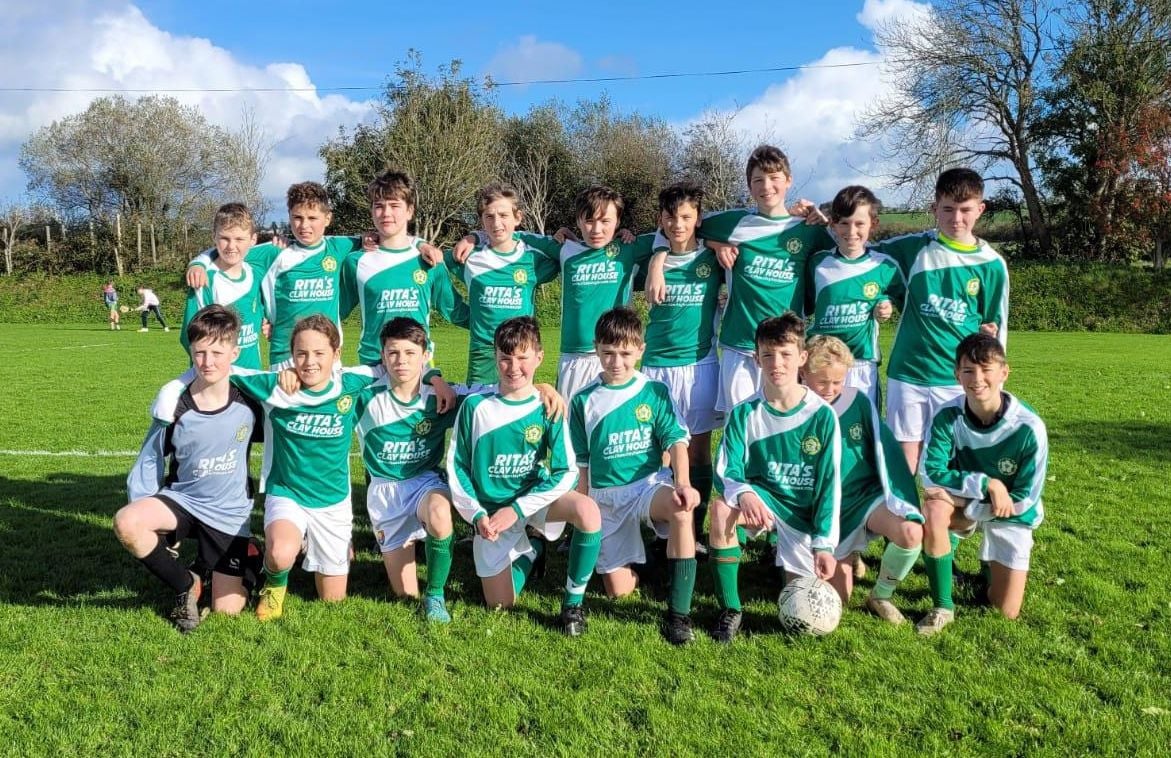 The Ardfield team that lost the U13 Schoolboys Shield final 4-2 to Kilmichael Rovers.

This year’s SuperValu U14 Shield decider will be contested by Ardfield and the winners of Saturday’s Riverside Athletic versus Drinagh Rangers semi-final.

Bunratty United and Castlelack produced an epic SuperValu U15 Schoolgirls Cup semi-final last weekend. It took penalties to decide the outcome after the sides finished level 1-1 at half time, 2-2 at the end of normal and extra-time. United held their nerve to emerge 3-1 winners on spot-kicks.