Gavin Coombes pictured after his senior debut for Ireland against Japan during the summer of 2021.

GAVIN Coombes’ 2021 has been pretty unique, in the grand scheme of things but I guess you could say that about all of us. Living in the time of Covid has its challenges, let’s put it that way. Just ask Munster after their fiasco with the Omicron variant – in late November/early Decider – which sounds so much like a schlocky science fiction paperback that this can’t even be real life.

Even with that, Gavin Coombes’ November was a case of Hurry Up & Wait. He made the Ireland senior squad ahead of the three big games in the Autumn Series against Argentina, New Zealand and Japan but a badly-timed virus kept him out of the reckoning for the first two games and, by that stage, he was nearly better off going with Munster to South Africa. It was a good idea in hindsight, I guess.

So, at the time of writing, if it feels like his 2021/22 has yet to kick into gear properly, that’s probably why. November felt like the time when Coombes could start to make real inroads to the test setup and build on his appearances – his senior debut against Japan followed by his first try and start against the USA – in the summer. That does not diminish his importance for Munster Rugby and the key role he can play over the course of this season as he looks to build on the promise of last season.

Let’s not forget that Coombes started 2020/21 as a second-row replacement for Munster away to the Scarlets and finished 2020/21 as the heir apparent to CJ Stander and a near cert for Irish honours sooner rather than later. In June the Skibbereen man was named Munster Rugby Men’s Player of the Year for the 2020/21 season, the youngest ever winner of the award. He scored 15 tries in 22 appearances; that’s the most tries ever scored by a player for Munster in one season. Little wonder his stock was at an all-time high.

Those were the scale of his performances all throughout the season that it got to the point that Coombes starting for Munster in the European Cup that year was just a thing. It wasn’t remarkable, or a shock, it was logical. The key for Coombes will be what he becomes now, both for Munster and Ireland from a role set perspective. 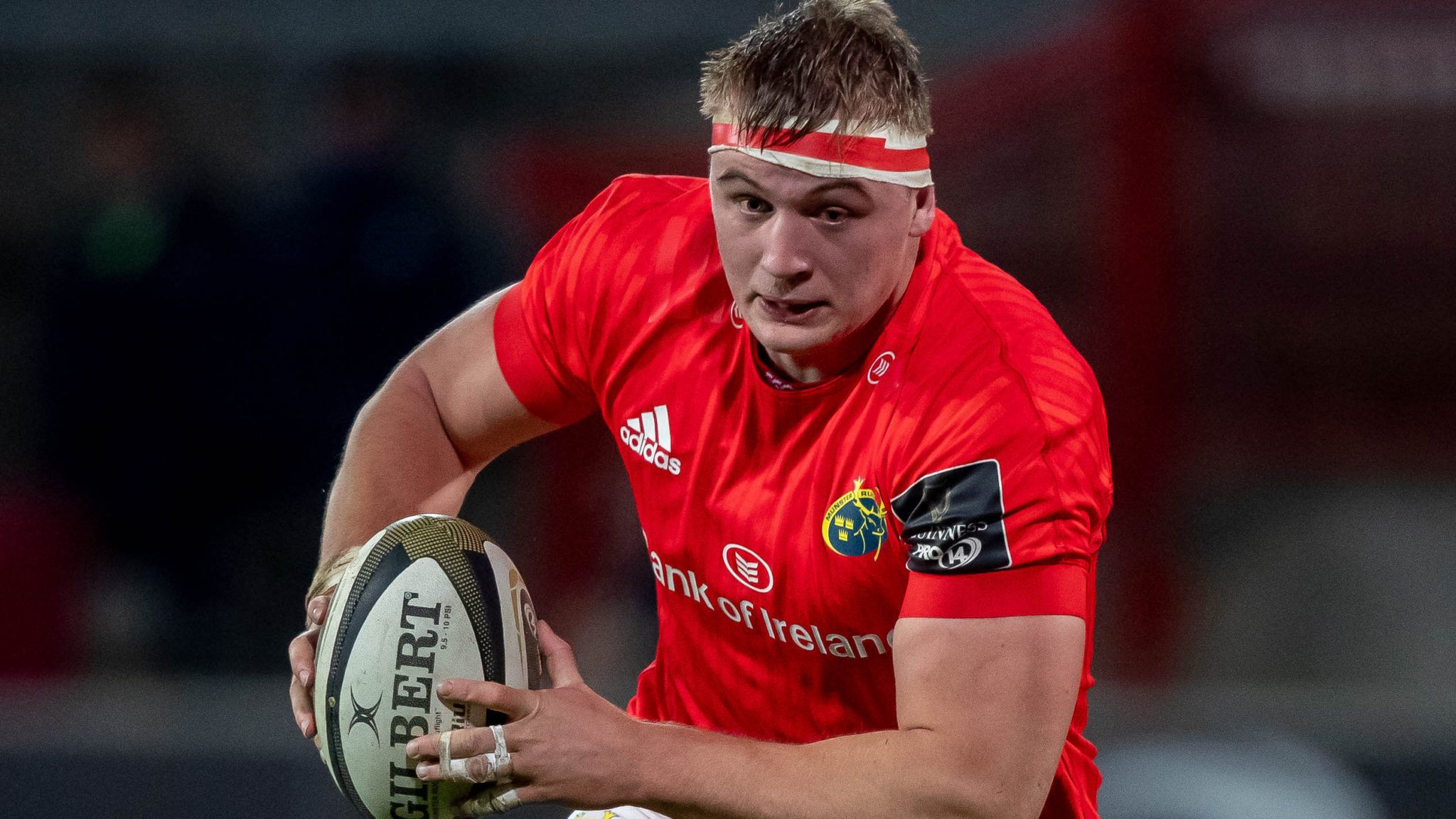 Gavin Coombes was the breakout star for Munster last season.

Eddie Jones recently spoke about the idea of position-less rugby. That is to say, untethering the idea of what a player does from the cliche of what the shirt number might suggest. He spoke about this at length after England’s recent win over Australia.

‘We were always going to mix and match but unfortunately we've got to put fixed numbers on their backs,’ Jones said.

‘I'd prefer in rugby if we went to the basketball system where players could pick a number at the start of the year and that's their number. Even if you put them in their traditional numbers it's very rare that 12 passes to a 13 who passes to the wingers. The combinations are all different and the game has become a lot more fluid and transitional. As you saw against Australia, there was a strong set-piece contest and then a lot of transitional play. Numbers are fairly archaic.’

Eddie Jones isn’t the most likeable of coaches – at least the version of himself that he plays in the media isn’t all that likeable – but he is dead right here. We are entering the era of position-less rugby and for a guy like Gavin Coombes, the key is to have as broad a skill set as possible.

When CJ Stander was still active, you’d often hear pundits talking about how he was ‘much better as a blindside’ and sometimes they’d even go so far as to use his first few seasons for the Bulls in South Africa as evidence.

CJ Stander did often wear #6 for the Bulls, that’s true, but the #6 jersey is usually worn by the openside flanker in South African rugby. So the idea that Stander could be a natural blindside was based on nothing more than a half-remembered, misunderstood idea of a cliched idea of what a blindside flanker is and should be.

Outside what a player does at the back of a scrum, what is a #8 anyway? Is it their ability to ‘lock’ the second rows together to keep their push straight? Is it breaking off the base of the scrum to carry? Is it having the skillset to handle the ball from a crouched position? Yes – it’s all of these things but what about all the work that happens outside the scrum?

In Six Nations 2021, there was an average of six scrums a game, so why would you get wrapped up in the idea of what a #8 is when the majority of what that player will be doing happens away from the set-piece?

This is what I mean by the idea of position-less rugby. Gavin Coombes has the ability to hammer the little technical details of the Eightman while also bringing a variety of different skills to the table. His passing, his lineout work, his breakdown ability, his ability to run over other grown men like they’re pitch invaders with bad timing – this is where Coombes can build the core of his game as a top-class senior professional, regardless of what jersey he might wear on his back.