WHEN Fineen Wycherley ran onto the pitch at the Aviva Stadium in Dublin to make his senior Ireland debut, the loud cheer that erupted in Bantry was almost heard in the capital.

The 23-year-old from Coomhola outside Bantry began his rugby career at Bantry Bay RFC – and his local club is bursting with pride to see one of their own line out on the international stage.

‘It’s an amazing achievement by Fineen and we’re all incredibly proud of him and delighted for him,’ explains Bantry Bay RFC’s Director of Coaching Damien Hicks.

‘For a small club that doesn’t have the facilities that other clubs have, this is a massive achievement.

‘No-one would ever have dreamed of seeing this club produce a professional player and now he has won his first senior cap for his country, too. It’s massive for him, his family and the club.’

The Wycherley family still has very strong links to the club. Fineen said before: ‘Bantry Rugby Club has been a massive part of my family's life for years.’ And it still is.

One of his older brothers, Jason, coaches the Bantry men’s team while one of his younger sisters, Saskia, plays with the club’s U16 girls’ side. Latisha also played with the club. Fineen and his younger brother Josh – both play with Munster – started off in the club, while his dad, Florence, was one of the people involved in setting up Bantry Bay RFC’s underage club. 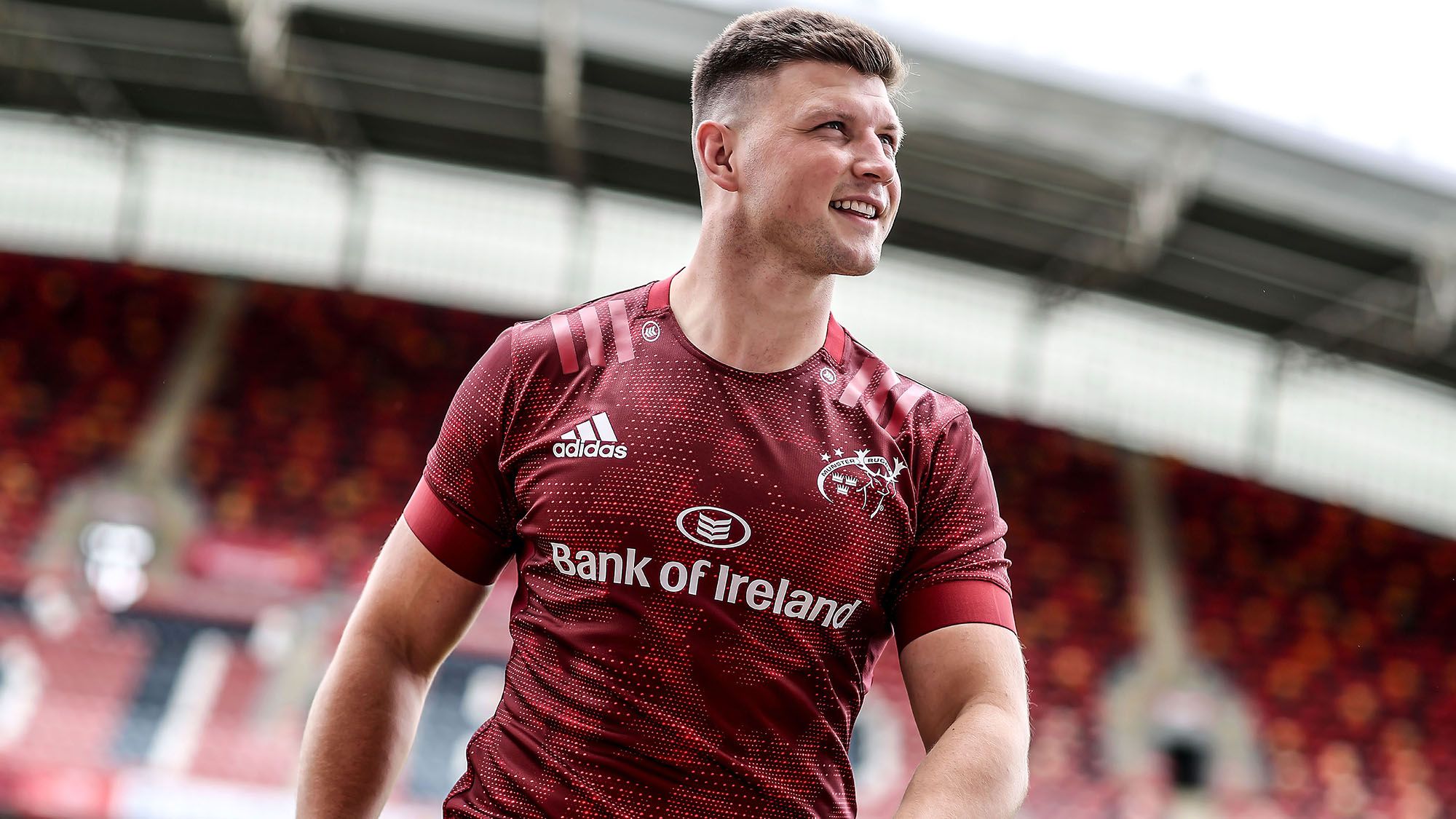 It was only in May that Fineen was a surprise visitor at one of Saskia’s U16 training sessions and he joined in, offering his advice and sharing his knowledge.

He’s a hero to kids – and adults – in his home club and now he is a senior Ireland international after coming off the bench in the 58th minute to replace Ryan Baird in a ten-try thumping (71-10) of the shell-shocked USA at the Aviva Stadium.

‘It was unbelievable, very special … and it was nice to get out there and enjoy myself,’ Wycherley said after his debut.

‘It’s been an unbelievable three weeks (with the Ireland squad) and I’ve really enjoyed it. What a way to finish off the season, I’m delighted. Hopefully I can kick on again and get back in here in the next couple of months.’

Fineen’s rise from Bantry to Ireland will make a big impact locally. Here’s a local lad who has shown what’s possible.

‘For young kids looking up, and it’s the same for the boys and the girls, they can see Enya Breen who now plays for Ireland and now we have Fineen in the green jersey too,’ Damien Hicks says.

‘It shows it can be done and that it doesn’t matter where you are from. If you have the right mind-set and put in the work, you can achieve anything. This will help kids to dream big, and show that dreams can come true, like they are for Fineen – just look at him walking onto the pitch on Saturday to make his debut.’

His first senior appearance for Ireland is a milestone moment that will be celebrated all across West Cork, including his GAA club St Colum’s where he played up until U16 level. His last game for Colum’s was in 2013 and Fineen went out on a high with an U16 C county title win. One of the tallest on St Colum’s underage teams, he always stood out – and he’s still standing out, now with Munster and Ireland.

Earlier this year he signed a two-year contract extension with Munster and has already racked up 62 appearances for the province. His upward trajectory is highlighted by his first Irish senior cap and Hicks hopes it’s the first of many.

‘Look at the focus and the work rate it has taken to first sign a professional contract with Munster and then move on to the next level and win a senior international cap,’ Hicks says.

‘Fineen always has the mind-set to work hard. He always wants to better himself. If you want something and you work hard enough, then it is possible – and that’s a great lesson for the young members of the club to see. They have seen the path Fineen has taken from this part of the country to get to a stage like he was on last Saturday and that shows it’s possible.

‘I hope this is the first of a number of caps for Fineen and that he keeps moving forward.’

Fineen’s connection with the club is very strong. This is where it all started and he hasn’t forgotten his roots. One story highlights this.

‘Two years ago Fineen and Josh played in a Munster A game and they arrived back home in Coomhola late that night, maybe around half 11 or 12, and I got a message asking was there any training session on in the club the following morning,’ Hicks recalls.

‘The U10s were training at 10am on the Saturday morning, I told them that and the next morning they were there, bang on 10 to help out at U10 training. It tells you a lot about them, how grounded they are and how they give back to the club. Any time they are around, they help. For all they have achieved, they are still so humble.’

The rise of West Cork rugby has been well documented as the region is a hot-bed for rugby talent. Last Saturday night against the USA, Skibbereen’s Gavin Coombes made his first senior international start and scored a late try, his first for Ireland. For the last 22 minutes, both Coombes and Wycherley were on the pitch together – another incredible moment for West Cork sport.