Ireland’s fastest woman Phil Healy is competing at three events in the Olympics.

BORN WITH IT: Phil’s need for speed all starts with her genetic talent, a gift from her DNA. Her speed comes from her dad, Jerry – he holds All-Ireland medals at masters’ level in the 100m and 200m, and his side of the family is known as the ‘reathaí’ (Irish for runners). Her speed endurance comes from her mom, Phil, as there’s a history of long-distance running on that side. End result: Phil has the ideal mixture of speed and endurance. A good base to start with. Not to forget her older sister Joan who is also one of Ireland’s top women’s sprinters.

ATTENTION TO DETAIL: Phil is a student of her sport, understands it so well and, down the line, would be a brilliant coach. A sponge for information she is learning all the time, whether it’s about physiology or the technical side of athletics or what works and doesn’t work in training. She’s always evolving. She sees things other coaches don’t see, her coach Shane McCormack says. Phil knows every little percent counts and is very diligent, too, to the needs of the sport and her recovery; from nutrition to massage, from physio work to sleeping. All the bases are covered.

LOOK WITHIN: Back in 2018, coach Shane McCormack likened his star student to Roy Keane. He said: ‘It’s that drive she has, what’s behind the exterior.’ When they first met he knew Phil had the raw materials he could work with, but he was impressed by her spirit and determination; you either have that or you don’t, and she does. Phil has character and resilience, and behind those brown eyes there’s a warrior inside. Look at the recent 200m final showdown with rising star Rhasidat Adeleke at the senior national championships when Phil battled back down the home stretch to win by one hundredth of a second in what would have been a new Irish record, if not for the wind. Phil showed that day she’s still number one.

LEGACY: Stats don’t lie. Instead, they curtsy in front of the Queen of Irish Women’s Sprinting. Up until May 2021, Phil held the Irish women’s 100m and 200m national records – and was the first Irish woman in 40 years to hold both records at the same time – until Rhasidat Adeleke beat her 200m time. Still, Phil holds the 100m record (11.28, set in June 2018) and while she is now second in the Irish women’s 200m all-time list (22.99), she was the first Irish woman to ever break 23 seconds in this distance. She is third in the Irish women’s 400m all-time list (51.50). Phil has also won 14 national senior titles, between outdoors and indoors. Incredibly, she's also the first Irish woman ever to compete in three events (200m, 400m and 4x400m mixed relay) at the one Olympics. She continually raises the bar and pushes Irish women’s sprinting front and centre. Her legacy is that she’s driving standards and the rest are following.

INCREDIBLE MOMENTS – Her highlights reel is creaking under the pressure, but it shows this 26-year-old has already crammed a lot in. There was her ‘from the depths of hell’ relay run for UCC at the Irish University Championships in 2016, and that footage went viral. There was the night in 2018 at the CIT track when she became the first Irish woman to ever dip under 23 seconds for 200 metres. There was the World University Games in July 2019 when she made the final despite breaking a metatarsal in her foot just 12 weeks earlier. There was her fourth place in the 400m final at the European Indoors this year. And there are many more as well. All incredible moments that highlight just how this trailblazer has wowed and excited. 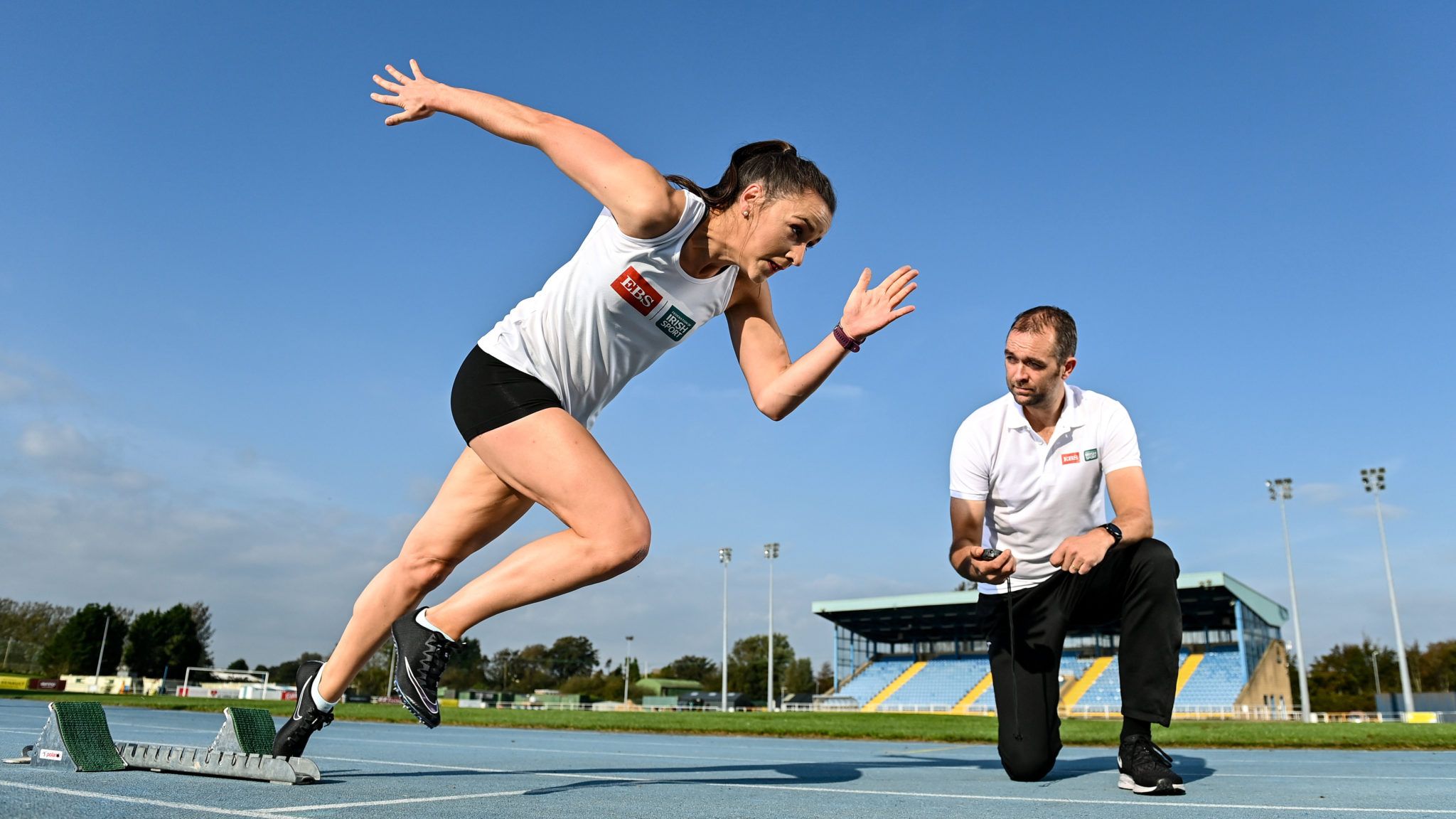 NO REGRETS – This hasn’t fallen into Phil’s lap, she’s had to make some big calls and sacrifices along this journey. Go back to late 2013 when she, only 18 years old, reached out to Wexford man Shane McCormack to see if he was interested in coaching her; what he was doing resonated with her. She took matters into her own hands. Her story is dotted with big decisions, like in 2017 when she swapped careers – she was studying nursing at UCC but that was taking its toll on athletics and she wasn’t reaching her potential. Phil was being coached remotely at that stage; not ideal at all. So she made another big call, swapped UCC for Waterford Institute of Technology (where her coach works with the athletics club) and changed careers, too, and started a Masters in applied computer technology in Waterford. Phil hasn’t shirked the hard, life-changing decisions and can look back with no regrets. She took a chance and it’s paying off.

EVERYTHING – Phil the athlete is the full package; she has a bit of everything, physically and mentally. She has the genes, as we’ve learned. Her speed endurance is very impressive and when she needs it, it’s there. Consistency is key, too, and that shines through in her training because Phil applies herself fully to every training session and does everything that Shane McCormack asks of her. So when she goes to the well and reaches in, there’s always something there. She won’t settle for mediocrity either, is the consummate professional, and no matter what is going on in her life, she gets the most out of herself and every training session. There’s no fanfare either, she’s not easily distracted and eliminates the noise around her. When there’s a job to do, she does it. Phil ticks all the boxes.

EUROPEAN INDOORS – On Sunday, March 7th, 2021, Phil showed the watching world that this woman from Knockaneady in Ballineen can hold her own on the big stage. At the European Indoor Athletics Championships in Poland, she qualified for the 400m final. There, she finished fourth in a world-class field, powering past Dutch star Lieke Klaver on the home stretch, agonisingly two-tenths of a second outside the medals, but this was the performance that showed she can mix it with the best in the world. Even more impressive, given it was championship running, Phil set a new PB of 51.94. This performance was years in the making, the long overnight success story that’s been building for years, and it showed she’s on the right track and getting better and better. 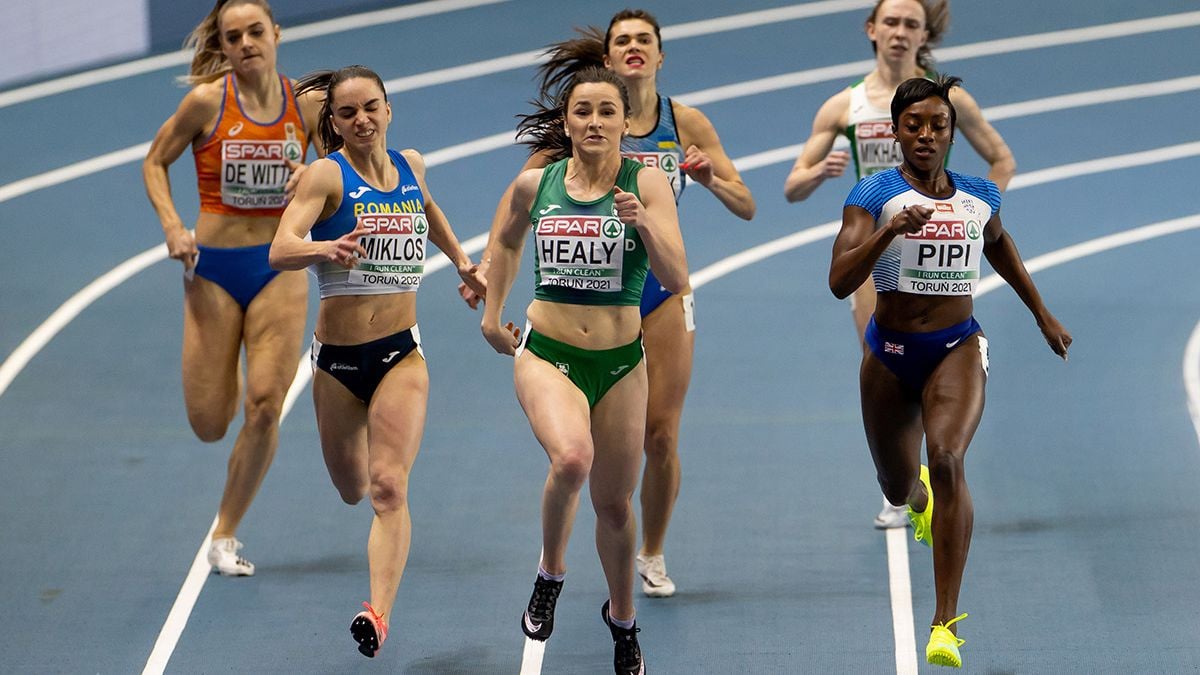 Phil Healy on her way to winning her women's 400m semi-final in Poland.

NOT FINISHED YET: There’s more to come in the weeks, months and years ahead. The Tokyo Olympics will be the high point so far but it’s also a stepping stone to a future full of possibilities, faster times and even more records. Phil turns 27 in November and before the 2024 Paris Olympics roll around, there are World and European Championships, outdoors and indoors. To some extent, she’s only getting started in the 400m. It’s taken time – and years of hard work – to build her to the stage where she’s currently at as a 400m runner and the feeling is she will get faster. The glory years are just around the corner so let’s sit back and enjoy the heroics of West Cork’s fastest woman.