We did it! Newcestown skipper Mark Courtney raises the Flyer Nyhan Cup after the club's 2014 SW JAHC success. 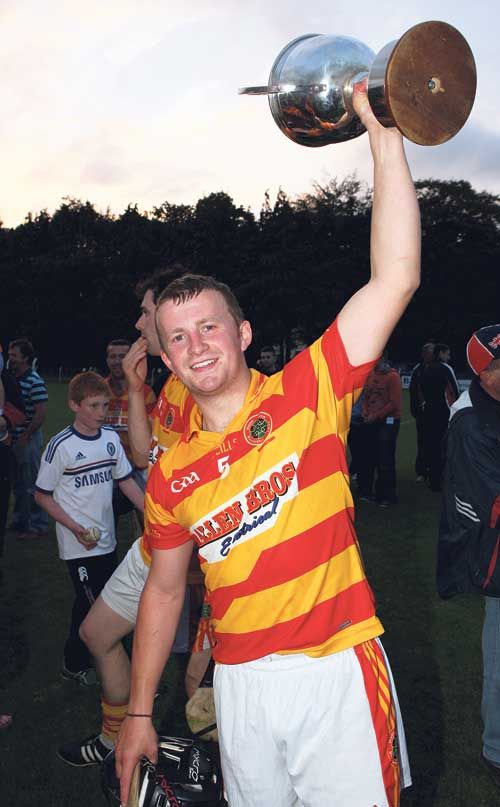 We did it! Newcestown skipper Mark Courtney raises the Flyer Nyhan Cup after the club’s 2014 SW JAHC success.

REIGNING South West JAHC champions Newcestown will meet Clonakilty in the quarter-finals of this year’s championship, provided they get past their round three clash against St Oliver Plunkett’s.

The other two quarter-finals will see Bandon take on Dohenys while St Colum’s will meet St James – all four teams having won their round one games.