IN 2025 the South West Cork GAA Board will celebrate its centenary, having been set up in 1925.

That board has controlled GAA affairs in the West Cork region for the past 97 years, through good times and bad, under the jurisdiction of the Cork County Board. Before 1925, GAA affairs in West Cork, often referred to as Carbery, were run by the county board and at times by a West Cork sub-committee set up in 1900. West Cork was the only region in the county allowed to have its own committee in those years, the other divisional boards being set up in the early 1920s. That old West Cork Committee was almost extinct after the Civil War, 1923, and was replaced by the present South-West Cork (Carbery) Board.

Prior to 1925, Gaelic Games on an official basis had been played in West Cork for almost 40 years, dating back to 1887, three years after the GAA had been founded in Thurles in late 1884. The years between 1887 and 1925 were indeed turbulent and unsettled on a national and international front and how Gaelic Games managed to survive, and, at times, thrive, during those history-making years here in West Cork makes for fascinating reading. 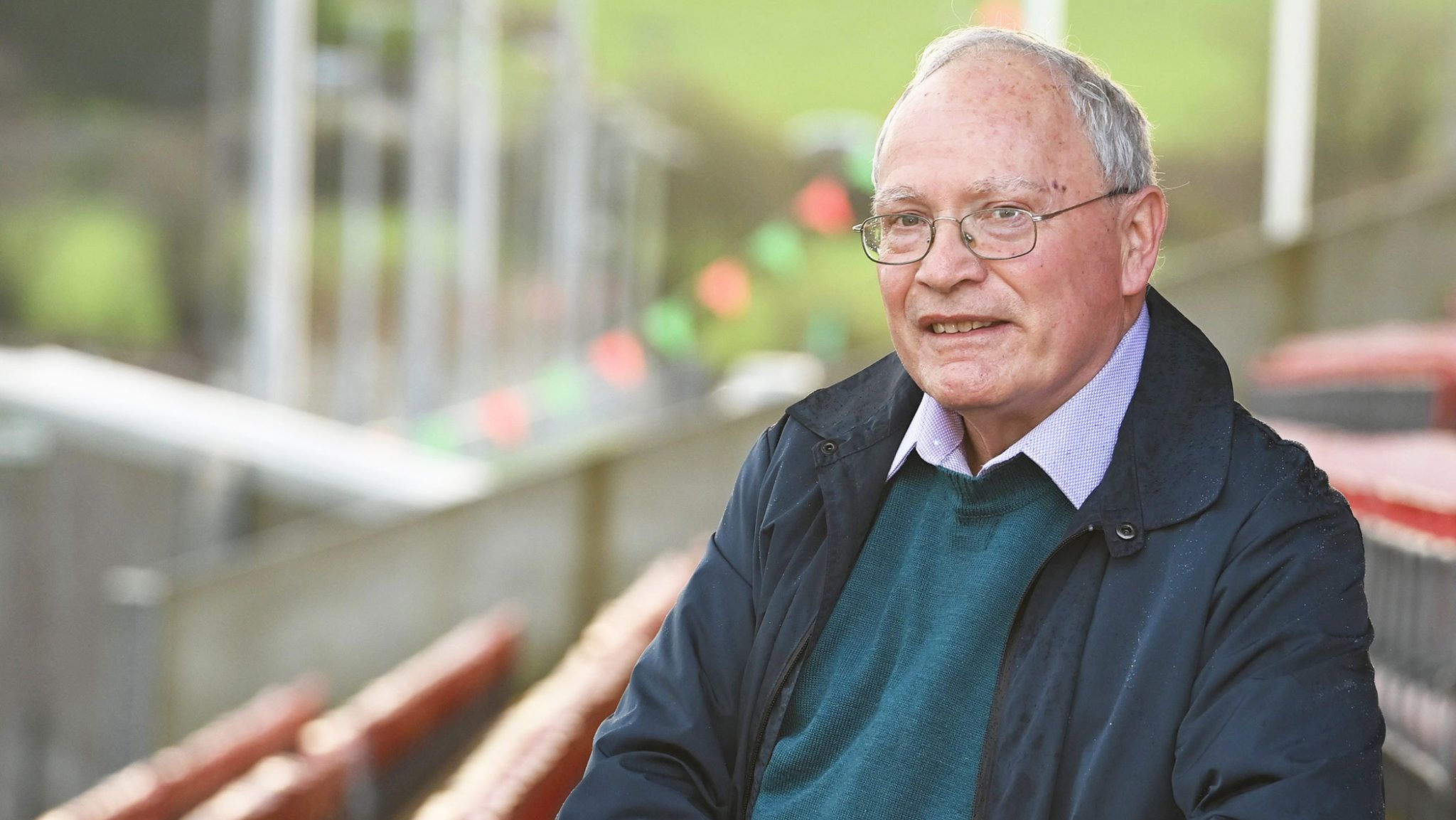 In order to celebrate its centenary, the South West Board is setting in train a number of projects and the first of these is to get each club in the division to compile its history, if it hasn’t already done so. Whereas the original board in 1925 had only five GAA clubs, there are now 26 clubs operating in West Cork. The board is anxious that each one’s history should be recorded for posterity. In order to facilitate the clubs in their work of researching what is available, a new West Cork GAA website has been set up, researched and compiled by former Carbery GAA Chairman Tom Lyons, giving a fairly detailed account of the growth of GAA in West Cork from pre-GAA times to 1925. So much information was collected that it had to be divided into three sections, hopefully to be published as three different books at a later date. The three sections – On the Shoulders of Giants, Parts 1, 2 and 3 – can all be accessed on the new website, www.westcorkgaa.com.

Many sources were used in gathering the information, in particular the local West Cork newspapers, The Southern Star and The Skibbereen Eagle, and all efforts were made to check the accuracy along the way. It is hoped that this website will be a good starting point for clubs embarking on their projects and also to supply the basics for those truly interested in the GAA in West Cork from its earliest years.

Athletics formed the main branch of the GAA when it was set up in 1884 so the great athletes produced in West Cork, as well as GAA sports meetings in various locations in the division, are well covered.

While the GAA in West Cork usually mirrored the growth of the association on a national basis, there were times when it went completely against the national trend, as if to show that West Cork was really an isolated kingdom of its own. An example was in the early 1890s when the Parnell controversy almost caused the collapse of the infant association as clubs disappeared in many counties. In West Cork, the very opposite took place and Gaelic Games in the region enjoyed their first golden era during those turbulent years. Again, when a new GAA emerged in the first decade of the 20th century, laying a solid foundation for the future, here in West Cork it was withering on the vine for various reasons. Those reasons are well dealt with in the website. 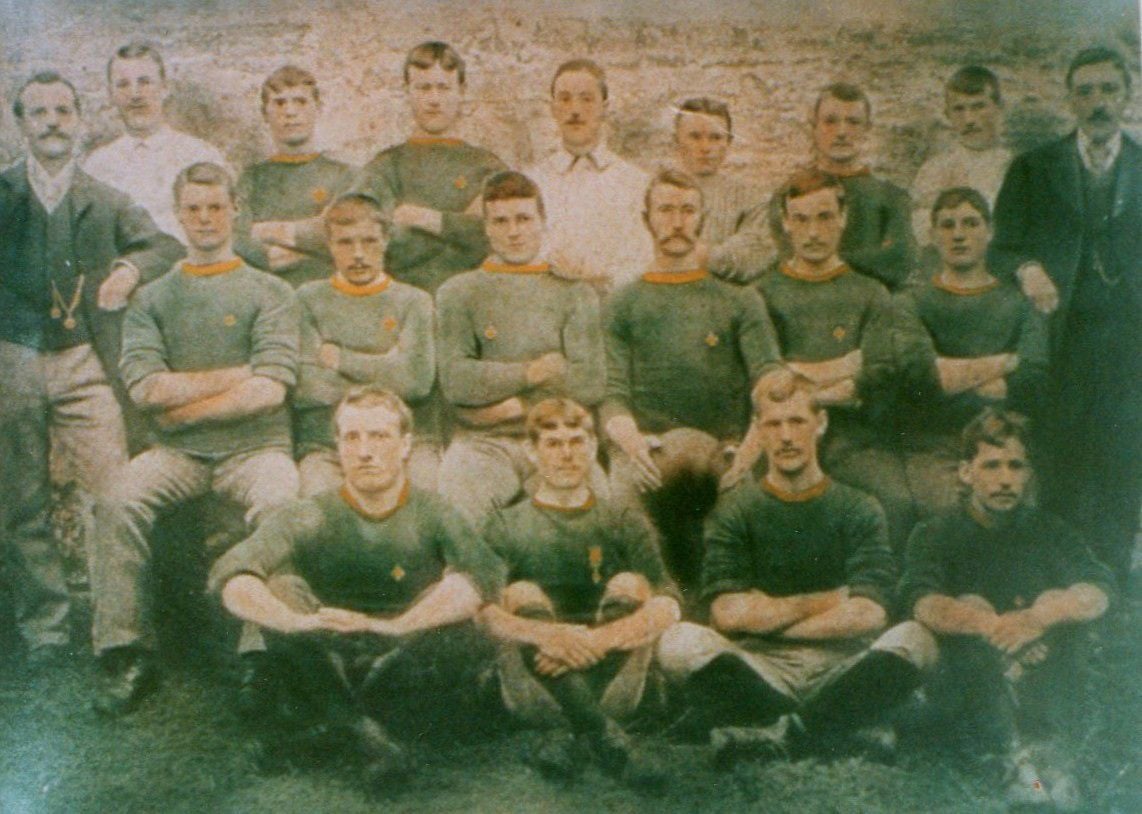 The Clonakilty team that were West Cork senior football champions in 1892.

While the GAA was slow to get a footing in isolated West Cork, it did catch on like a prairie fire, peaking quickly in the early 1890s, with impressive tournaments in Clonakilty and Timoleague, but by the end of the century it was struggling badly, with one exception, Dohenys of Dunmanway, the first club set up in West Cork in late 1886. In 1897, Dohenys became the first club from the west to win the county senior football title and they actually reached the All-Ireland final, losing to Kickham’s of Dublin. It took them two years to blaze the glorious trail from little Dunmanway to Jones’ Road in Dublin and there’s great telling in that story.

Carbery Rangers, one of the most successful footballing locations, along with Kilmacabea, in the pre-GAA days, had a golden spell in the middle of the first decade of the 20th century and came within an ace of winning two senior titles at the one go, and therein lies the tale of the GAA in Cork in those bygone years. By 1910, West Cork was exporting its best footballers to the big city clubs but if it hadn’t, Mick Mehigan of Ardfield, captain of the mighty Lees, might never have captained Cork footballers to a glorious second All-Ireland title in 1911.

The new West Cork GAA website tells as much as the story as possible from 1887 to 1925, much of it year by year. It also includes profiles of each club as it came into being and profiles of the many great characters involved, as well as poetry and stories. It also delves back into pre-GAA times in West Cork, giving a short history of the colonisation of West Cork by various Irish Clans, the influence of the Normans and the change of ownership from the native Irish to the new English planters. It describes how the Barony of Carbery came into being and it also deals with the history of the sports that were to make up the GAA – athletics, football, hurling, handball and rounders. The story shows how rugby, as the strongest sport in the garrison towns pre-GAA, was eventually replaced by football and also how hockey played a part in the setting up of hurling in the area, which did not happen until 1904.

The story of Gaelic Games in West Cork from pre-GAA to 1925, as outlined in the website, is far from the complete story and Tom Lyons is always on the lookout for material to add to the site, especially local stories from various clubs, pre-1925.

A big part of any project such as this is the collection of photographs. The oldest team photograph in the collection is the Clonakilty team of 1892, West Cork champions, while the county-winning Doheny side of 1897 is next. If there are photographs available of those years either of GAA individuals or teams, Tom Lyons would be delighted to include them. Phone 087-6425180 or email [email protected]

As well as getting all clubs to produce club histories for the centenary in 2025, the South West Board is also working on recording the full GAA history of the division since 1925, to be brought out in book form that year. A lot of records have gone missing during the past 100 years so the centenary committee will be in touch with every club looking to fill in the missing details. Again, photographs will be vital. More about that project in the future.