Saoirse McCarthy of Courcey Rovers has nailed down a wing-back spot on the Cork senior camogie team.

SARA Hayes is a Courcey Rovers legend. She played in nine All-Ireland camogie finals and won five senior medals. She’s GAA royalty and knows all about the big occasions. The former Cork star will be back in Croke Park this Sunday, supporting the Rebels in their quest for glory that will be spearheaded by three of her own club members.

The Courceys trio of captain Linda Collins (24), Saoirse McCarthy (21) and Fiona Keating (20) have all played key roles in Cork’s journey to the biggest game of the camogie calendar. They were also key when Courceys won the club’s first-ever county senior camogie championship in 2020, and they’re all now important cogs in the Rebel juggernaut.

‘Those three are always present in the club, you see them all the time down at the pitch, they come to the younger teams’ training sessions so there is huge pride in Courceys right now,’ Hayes says.

‘Having Linda as captain is an amazing honour, too, that’s the fruits of the county win last year. What I would have done to be captain of the senior team leading into an All-Ireland final!’ 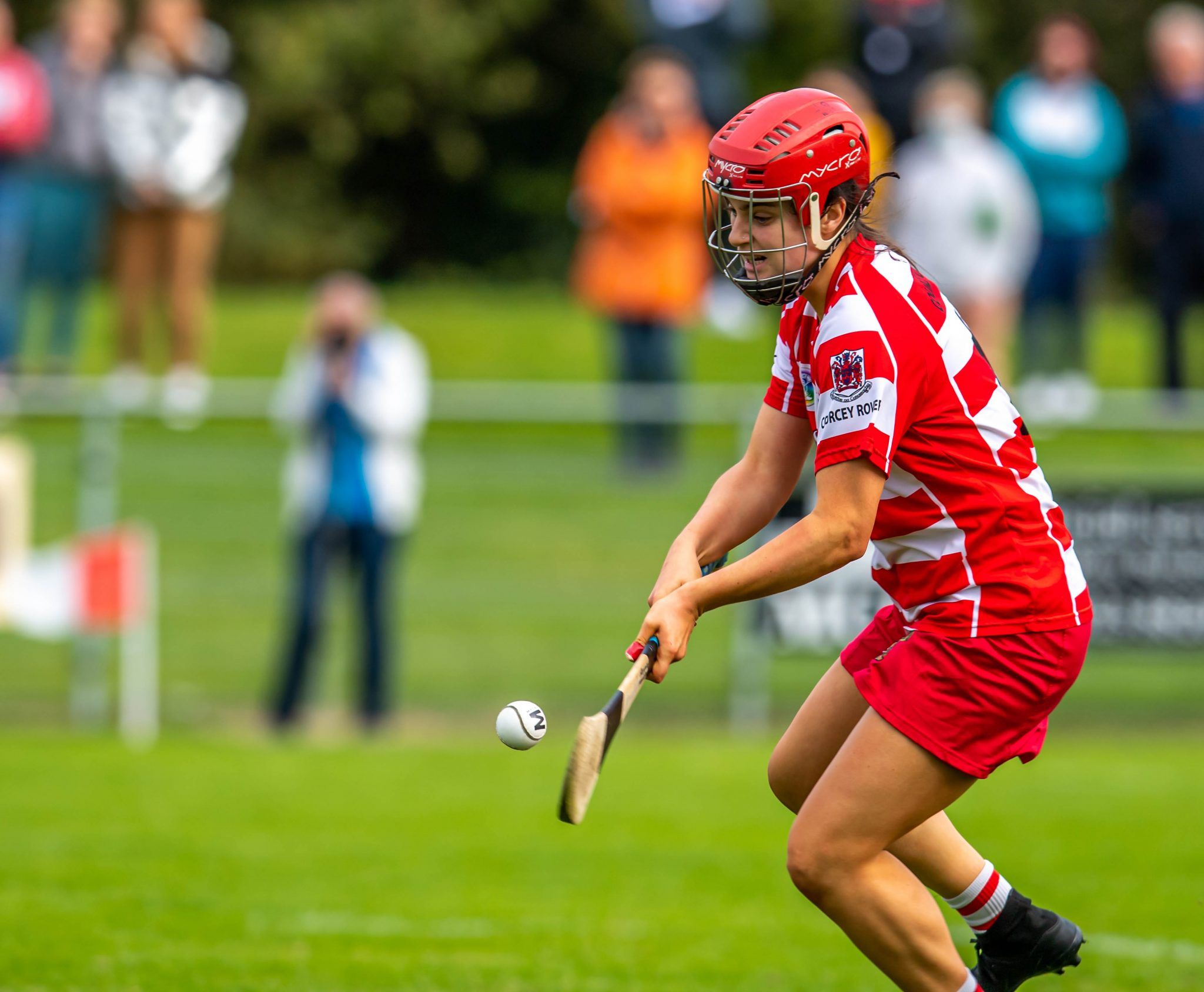 Hayes knows the Courceys trio well. She has coached them all. She has seen them all light it up at club and county levels – and she’s not surprised that all three have made an impact, with Keating a real threat in attack.

‘Fiona is a very effective player. She does a huge amount of work around the field. At club level she gets more scores but her role is different at county level. She’s so strong and so fast. You wouldn’t believe how fast she is unless you are the one that has been left behind,’ Hayes explains.

Saoirse McCarthy was handed a new role at wing back this season, and has excelled, too, says Hayes.

‘Saoirse is a wing forward for the club and has played midfield. She has always been a runner. It’s the way Cork are setting up now, they have running wing backs,’ Hayes explains.

‘It’s an ideal position for Saoirse, she is a runner and really matches Laura Hayes on the other side. I’m delighted she has done so well and she has really settled in there because it’s a position she wouldn’t have played in before. Croke Park really suits her too, a big pitch.’ 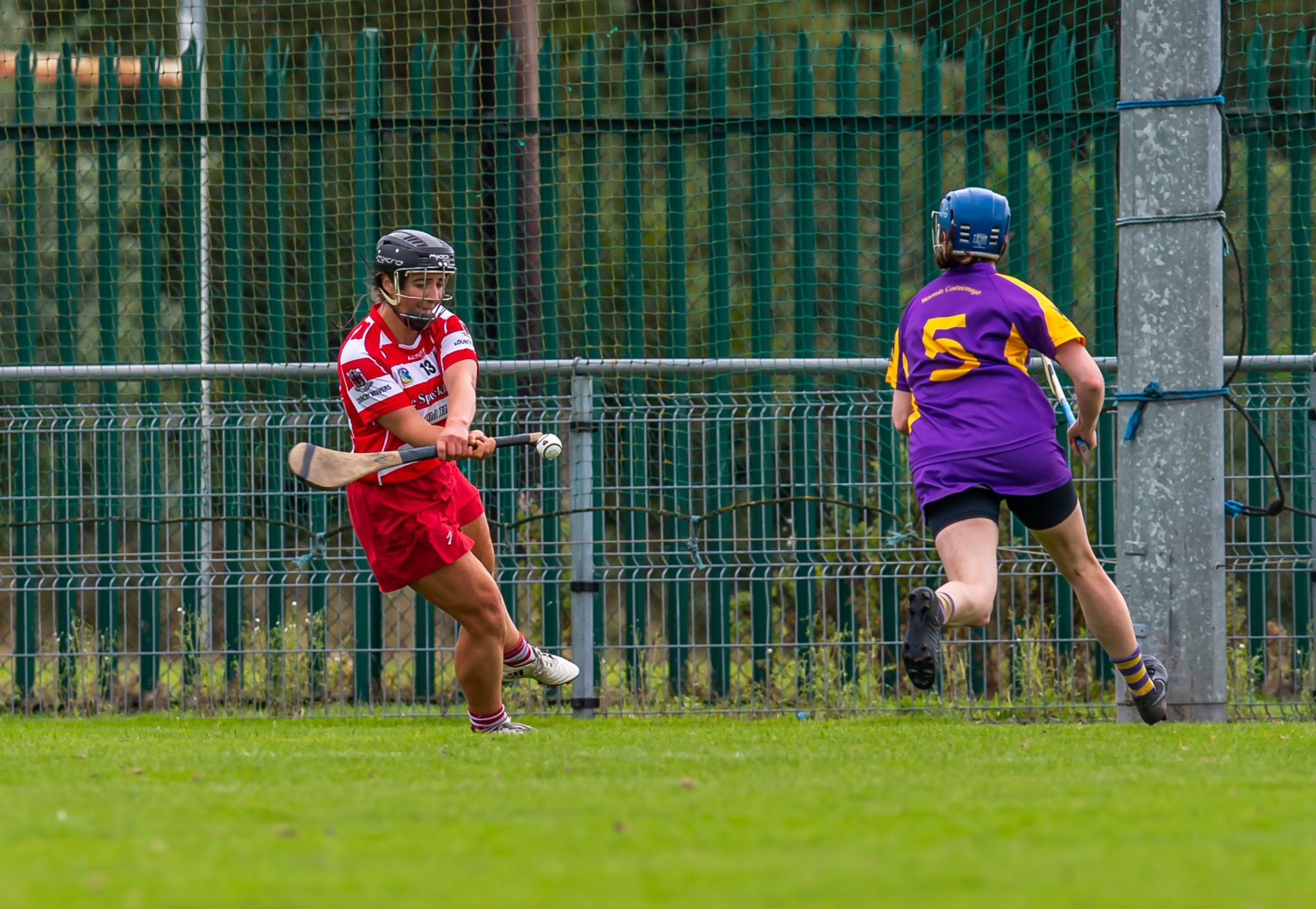 Then there is Linda Collins, the Cork captain dropped to the bench for the semi-final but who came on to remind everyone of how good she is with a strong cameo and the winning point in injury-time.

‘Linda is superb. I know she had an impact off the bench but I’d love to see her start on Sunday,’ Hayes says.

‘It’s important to have impact off the bench, of course, but I think Croke Park is a pitch that suits Linda’s speed. She is very good to find the space and she’s faster than people think. She is cute out in her play. Linda sets up a lot of scores, too, and I don’t think she gets the credit for that. People are watching who put it over the bar, not who gave the pass.’

Courceys supporters will depart en masse for Sunday’s final in Croke Park, and Hayes will be there too. She knows all about these big days in GAA HQ, so any advice?

‘Don’t overthink it and just enjoy it,’ she says.

‘I went to nine All-Irelands and, I’ll be honest, I took it too seriously at times, especially the first few. What I’d say now is enjoy it all, enjoy the puck-around beforehand, enjoy the atmosphere in the dressing-room, embrace it all and express yourself.’