NEWCESTOWN turned on the style in the second half, and shrugged aside an indifferent first-half display, to lift the 2020 Bandon Co-op Carbery junior B football title in sunny Enniskeane recently.

Playing with the breeze in the first half, Newcestown failed to get their game going and it was Randal Óg, attempting to complete the 2020 football and hurling double, who looked the shaper and hungrier side. Two goals, one from a penalty, had the Castle men four points to the good at the break, with the breeze to their backs in the second half.

Newcestown, however, roared back into the game in the second half. Not only did they find the net twice, one from a vital penalty, but they managed to hold the opposition scoreless for the entire half. It was a complete turnaround of fortunes by the Newcestown heroes.

‘That was a great comeback,’ said a delighted Newcestown manager Tom Wilson, who also manages the senior football team.

‘We actually looked fitter than them in the second half and put together some fine moves. We were able to open them up much better against the breeze than with it.’

This is an important win for the club, Wilson added.

‘We wanted to win this one. We have a few fellas re-graded that can be added to this panel and a few minors coming through as well. At least now we’ll have a panel going forward instead of just 18 players like we had today,’ the Newcestown manager explained.

‘This win will definitely add to the momentum of the club going forward and we now have the addition of playing in the county B championship. That will keep this bunch of lads going, on top of a lot of league games to be played.’

The Newcestown team celebrates after defeating Randal Óg in the Bandon Co-op 2020 Junior B FC final at Enniskeane.

There was little between the teams early on as the sun beat down and the supporters returned to championship football for the first time since last autumn. Newcestown captain Kieran Kelly opened the scoring with a point but Randals replied with scores from impressive full forward Conor O’Neill and Kevin Dullea.

Lively wing forward Olan Walsh pointed a Newcestown free to level the scores but it was Randal Óg who struck the first decisive blow in the 13th minute when Ger Lynch was fouled in the square and O’Neill lashed home the penalty. When he pointed a free a minute later, it was really looking good for the Ballinacarriga brigade, four in front at the water break, with Cian O’Neill, Donncha Collins, Sam Kingston and Ian Crowley doing great work in the middle third.

It got even better immediately after the water break when Donncha Collins tore through for a cracking goal and Randals were seven to the good against the breeze, with Newcestown’s poor wides mounting up.

Realising the title was slipping away from them, Newcestown finally began to show some urgency, with Mark Courtney, Niall Murray, Darragh Curran, Kieran Kelly, Padraig Collins and Olan Walsh showing the way.

Points from the Curran brothers, Darragh and James, got them motoring and two more from Olan Walsh (free) and Niall Murray, had the lead down to three before Sam Kingston closed the first-half scoring with a Randal Óg point. That was to prove their last score of the day, leading 2-4 to 0-6 at the break, as Newcestown took complete control in the second half.

Powered forward by the half-back line of Rick Bradfield, Niall Murray and Cathal Wilson, as well as Ger Murphy at corner back, it was a wave after wave of attacks by the St John’s men as they cut into the lead. Points by Kieran Kelly, Cathal Wilson, Olan Walsh, free, and James Curran had the sides level by the 44th minute, with Walsh also striking the crossbar. 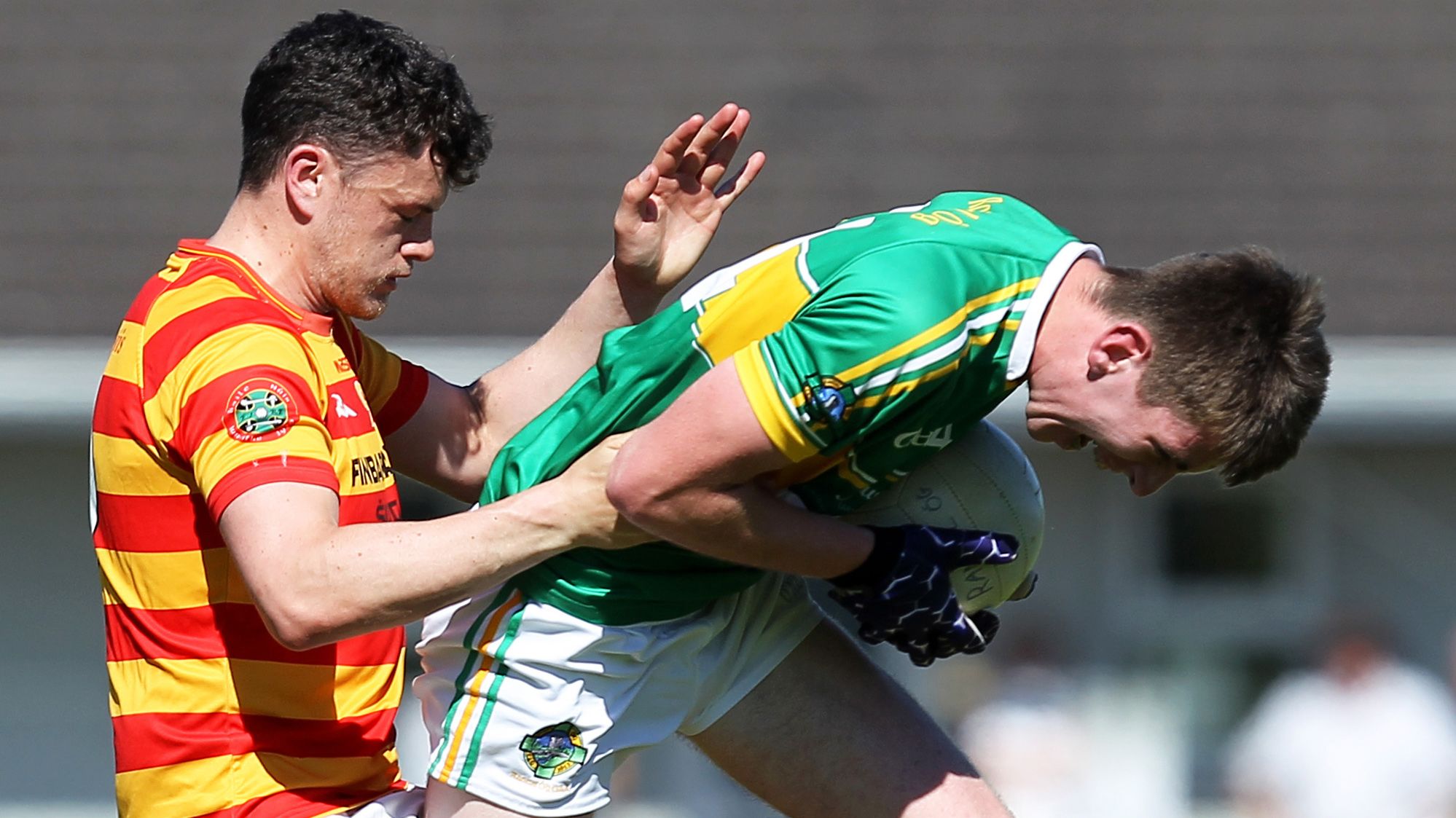 Just on the water break, the winners hit the front from a Darragh Curran penalty, following a great save by Randal goalkeeper Ciarán Murray and a foul on James Curran who gathered the rebound.

It was Newcestown in front, 1-10 to 2-4, beginning the last quarter and they had to thank goalkeeper Cathal Clarke for a great reflex save immediately on the restart to preserve their lead.

That final quarter was evenly contested as the heat began to take a toll on everybody and both defences were well on top. It wasn’t until the 57th minute that the Newcestown supporters could breathe easier when captain Kieran Kelly again showed his leadership qualities with a fine goal that ended the game as a contest.It ended 2-10 to 2-4, with Carbery GAA Chairman Tom Lyons, presenting the Bill Nolan Cup to Newcestown captain Kieran Kelly, who dedicated the win to the late, great Jimmy O’Mahony, the legendary Newcestown secretary for over 40 years.