KIERAN McCARTHY explains why the potential re-emergence of Clonakilty as a football force will be good news, if they can challenge again next season and the season after

The sleeping giant – who has won the Cork SFC nine times – has rolled over in its bed, rubbed its eyes, kicked off the blankets and jumped back into football scene as a force worth taking seriously. That’s good news on a number of fronts.

Clon injected new life into this year’s Premier SFC. In recent years it’s been the same dominant forces involved at the business end.

This was Clonakilty’s first senior football final since they won it in 2009. Since then, in the 11 finals between then and now, seven teams have contested those Cork SFC deciders – Nemo Rangers (6), Castlehaven (5), St Finbarr’s (4), Duhallow (3), Carbery Rangers (2), Ballincollig (2) and UCC (1).

In recent years Nemo, the Barrs, Duhallow and the Haven have been the finalists; the top four of Cork championship football. As both Carbery Rangers and Ballincollig have slipped down the ranks (and didn’t get to the knock-out stages this year), and UCC’s final appearance was way back in 2011, it’s been the same faces at the business end season after season. There’s a reason for that: they’re the best teams year after year.

But Clonakilty almost ‘did a Leicester’ as they emerged from nowhere, from the shadows of their perennial underachieving, to inject new life, new blood and new interest in this year’s championship.

Not only that, but they were in the county final on merit and showed that by hassling and harrying the Barrs to a single, solitary, fecking point. One point. That’s what they lost the county final by. 0-14 to 0-13. One kick of a ball. It just wasn’t to be, this year. But Clon added a new dimension this season, as one of the bluebloods of Cork football got its act together and mounted a genuine threat.

‘They are a serious outfit. Clonakilty will come again and be there or thereabouts for the next three or four years,’ Barrs’ goalkeeper John Kerins said after Sunday’s success – and that has to be the hope, that Clon remain a challenger and not be a one-season wonder.

They almost touched the sun this season. Almost. But when the disappointment lessens as the winter bites, Clon will reflect too on how close they came and the effort it required to push them so close to the summit. They now know what it takes to be a challenger – and what they need to do to be in the conversation every year. That’s what Nemo, the Barrs and the Haven do season after season, and that’s why they are the three top club sides of the past decade. Clon have a lot of work to do still to reach that stage, but they’re trending upwards.

Thomas Clancy, a man reborn this season at full back, is the oldest starter at 29. The age profile of this team suggests that the best is yet to come, if they stay together and if they commit to go again. Sean White is 26. Mark White is 23. Maurice Shanley is 22. Liam O’Donovan is 23. David Lowney is 24. Jack O’Mahony is 26. The list goes on.

None of the starting team had ever played in a county senior football final before last Sunday, so that’s experience in the bank that they can lean on in the years ahead. That hurt will be there, too. These are all building blocks for a team that has emerged from the wilds of mediocrity, from barely landing a punch in recent seasons to delivering knock-out blows this year, with Ballincollig, Douglas and Duhallow all hitting the canvas. 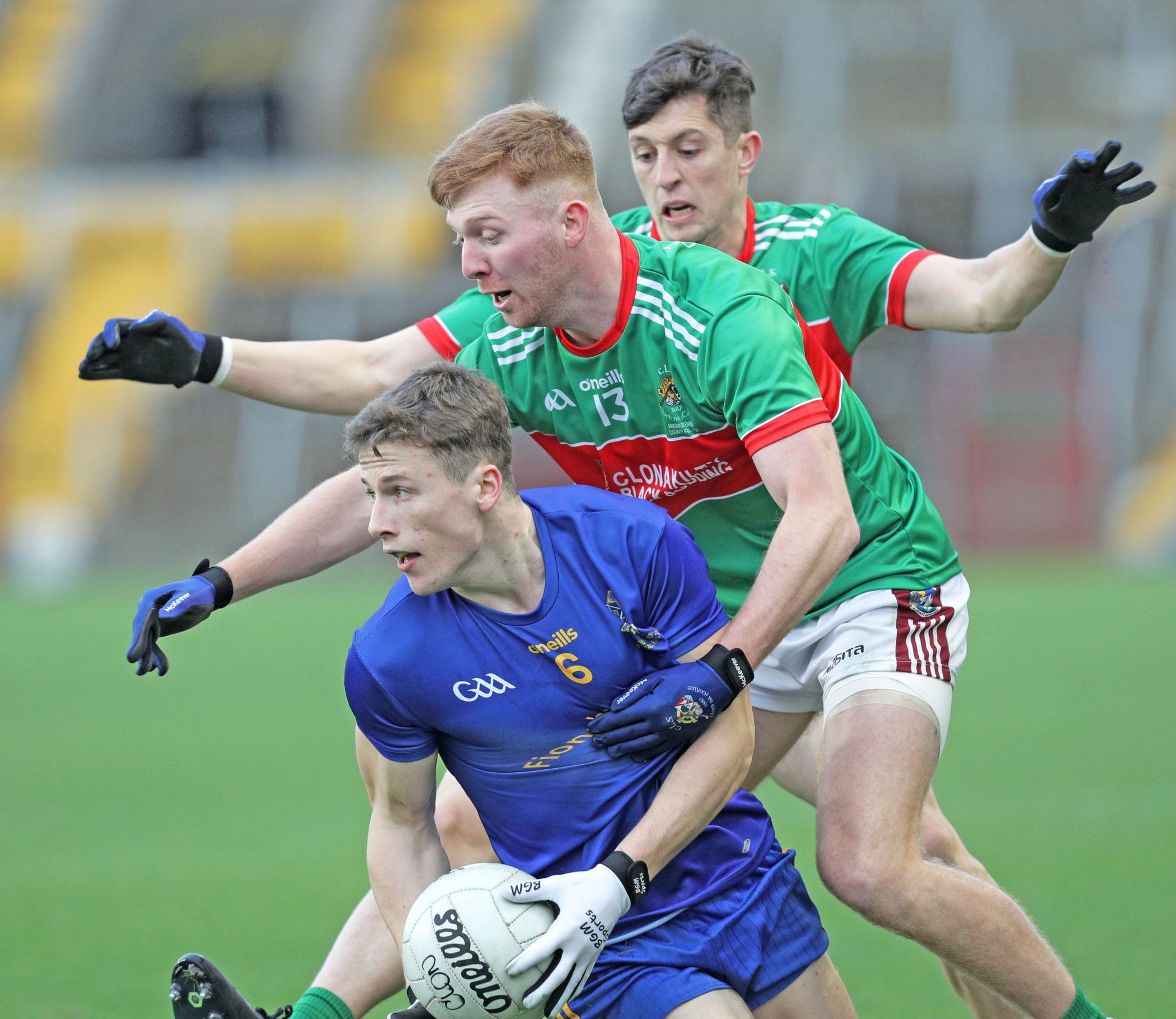 ‘Bonus, bonus territory’ is how selector Eoin Ryan described their season after they qualified for the final. It’s a team ahead of schedule, he told the Star before the semi-final against Douglas, as they exceeded their own expectations in this campaign. The goal was to get out of their group. They did that, but they didn’t stop there.

Now, Clon need to go again in 2022. Hopefully, the management team goes again. Hopefully, the players go again. Hopefully, Clon challenge again. That’s what the championship needs: a new team with its own distinctive style challenging the top four. That’s good news for West Cork, too. Castlehaven have carried the torch locally. Year after year, they are in the mix. If Clon can put back-to-back title-challenging campaigns together, it means the West will have two genuine title contenders.

It hasn’t been a vintage season for many of West Cork’s senior sides. Apart from Clon (PSFC finalists), Castlehaven (PSFC semi-finalists) and Dohenys (SAFC semi-finalists), others have struggled, some more than most. Ilen Rovers were relegated to Senior A. Bantry Blues relegated to premier intermediate. O’Donovan Rossa and Bandon failed to get out of their Senior A groups. Carbery Rangers lost all three PSFC group games. Newcestown didn’t reach the knock-out stages of the Premier SFC.

If they can build on this season’s journey to the final, the re-emergence of Clon is good news. It should re-energise the club and the relationship between the town and the club. Clon is one of the central hubs in West Cork. One of the big towns. Its senior football team was too quiet for too long.

That, like Clon this year and like Haven have for the past decade, would put West Cork football on the map again. And unlike Leicester, who faded the season after winning the 2015/16 Premier League, Clon need to back it up next season and the season after. They are not surprise packets anymore. The secret is out.