Carbery's Kevin O'Driscoll under pressure in the Cork SFC match against UCC in Macroom on Tuesday night. 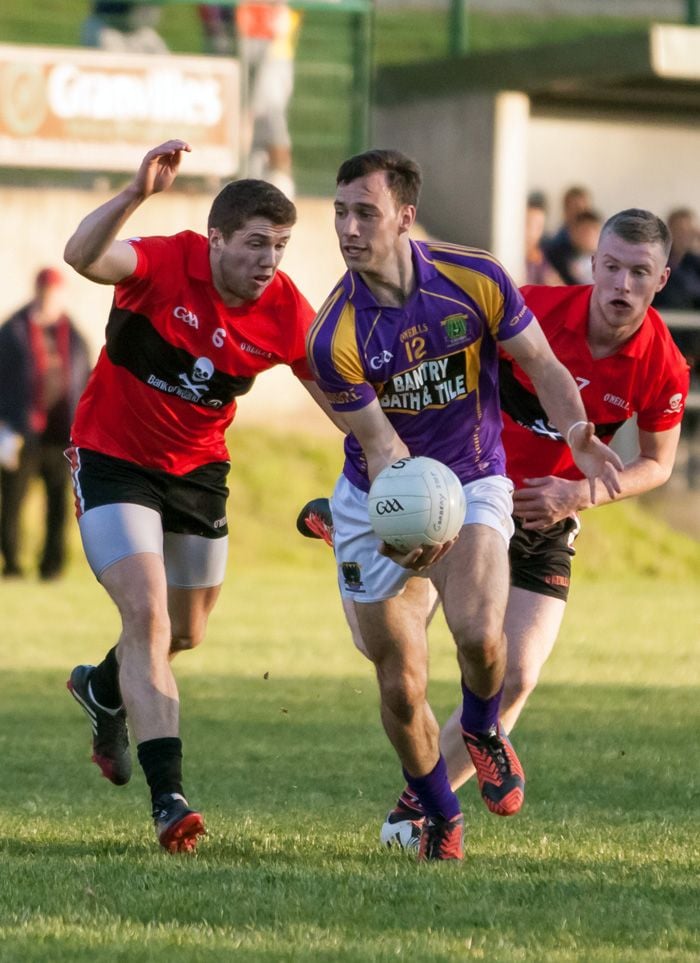 Carbery's Kevin O'Driscoll under pressure in the Cork SFC match against UCC in Macroom on Tuesday night.

IT was a bad night at the office for Carbery in the county senior football championship on Tuesday night as they were knocked out by UCC, 0-18 to 1-6, in Macroom.

UCC bossed this colleges/divisional section first-round game, powered by Kerry duo Paul Geaney and Conor Cox, who kicked 0-9 between them – 11 Kerry players were on the Cork college team.

UCC led 0-8 to 1-3 at the break, with Mark Sugrue scoring 1-2 in that half, while Ruairí Deane, in a welcome return following his cruciate injury, was Carbery’s best player on the night.

The second half was a one-sided affair as UCC took over, with Cox kicking three early points for the college, and Michael Walsh adding a fourth, within six minutes of the restart.

Carbery had now lost Brian O’Driscoll to a hamstring injury, while Mark Sugrue also went off injured on a bad night for Carbery football.

See Thursday’s Southern Star for the full match report and reaction from the Carbery camp.