An artist's impression of what Bandon AC's exciting new development will look like.

TWO homes of West Cork Olympians are just some of the many local sporting organisations that will benefit from this year’s sports capital grants.

‘It’s the largest ever sports capital grant allocation to the region, and an acknowledgement of the significant role West Cork plays in the national and international sports arenas,’ Cork South West Deputy Christopher O’Sullivan said.

Two of the big winners are Bandon Athletic Club and Skibbereen Rowing Club, who both had athletes competing at the Tokyo Olympic Games last year and whose athletes fly the West Cork flags on the national and international stages.

Work has started on Bandon AC’s exciting development at Clancool Beg, just outside Bandon town, as the home club to Olympic sprinter Phil Healy plans to build a state-of-the-art facility in West Cork. This game-changing development for local athletes will include a 400m all-weather track, field event areas and an indoor training facility.

Even though West Cork is an athletics hot spot right now, and Bandon AC is leading the charge through the exploits of its stars, local athletes have to leave West Cork every week and drive to Cork city to access top-class track and field facilities that don’t currently exist here. That’s why this development is so important as Bandon AC can then provide local athletes with the best facilities, including the first-ever 400m all-weather track in West Cork.

The project received a huge boost with the news it is being awarded €290,000 in a sports capital grant.

‘It’s a vote of confidence in the project and it’s a testament to the ongoing hard work from the development committee and the people behind the scenes in putting in an application that people saw fit to support,’ Bandon AC vice-chairman Adrian O'Flynn told The Southern Star.

Work has started on the eight-acre site, which is now fenced, and the next phase of this development can proceed, boosted by the sports capital grant funding. The plan is to have the new all-weather track in place for late spring/early summer 2023, as O’Flynn outlines.

‘Knowing what sports capital grant we have, we can now finalise the tenders for the next phase which is the earth moving and putting down the sub-base. The intention is to finalise that quite soon and then progress it, starting the next phase in April/May, which will take three to four months, weather dependent. Then we will let it settle over the autumn and winter, so by early spring we can start to get that track down,’ he explained, as Bandon AC’s new home starts to take shape. 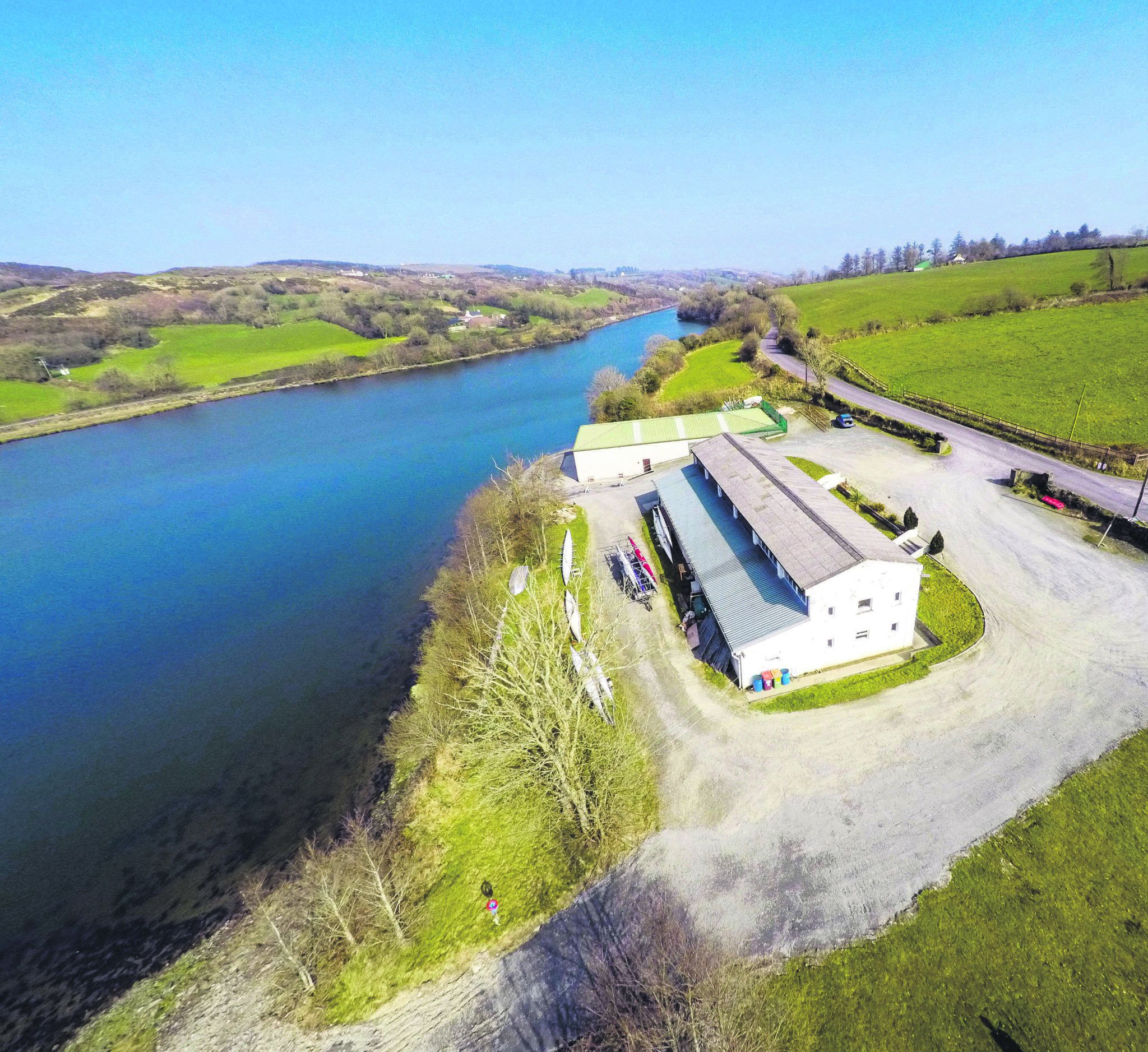 Skibbereen Rowing Club on the bank of the River Ilen.
(Photo: James Tidmarsh)

Skibbereen Rowing Club, like Bandon AC, is also one of the region’s top sporting clubs and also the most successful rowing club in the country. It’s also a medal factory and the home to Olympic medallists, Paul O’Donovan, Fintan McCarthy, Emily Hegarty and Gary O’Donovan, as well as former World Rowing Coach of the Year Dominic Casey. The club – nestled on the banks of the Ilen River, just outside Skibbereen town – will receive €66,000 in a sports capital grant to help improve its training facilities and increase its boat storage capacity. This will be a separate facility to the existing clubhouse, and it will incorporate a rowing machine/gym space that will allow all juniors to train together, while also providing badly-needed additional boat storage space.

‘What it means is a broader range of age groups can now train together and learn from each other. They can enjoy better facilities, hopefully ensuring we have future Olympic stars for decades to come,’ Deputy Christopher O’Sullivan explained.

Sport in West Cork has never enjoyed as much success as it is right now, and that’s across all sports, and it’s why this latest announcement of the biggest-ever sports capital grant allocation (to develop sports facilities and purchase sports equipment) for the region is such good news.

Skibbereen Rugby Club, the home to Ireland internationals Gavin Coombes and Enya Breen, will receive €128,245 for the installation of match-quality LED floodlights, while Clonakilty RFC has been allocated €123,000 to go towards an artificial playing surface.