Kilmacabea's Colin McCarthy is challenged by Iveleary's Daniel O'Riordan during the Bon Secours 2020 JAFC semi-final at Dunmanway on Sunday.

NOBODY saw this one coming. The semi-final of the 2020 county junior A football championship was expected to produce a thriller in Dunmanway on Saturday but what we got was an awesome display of power, pace, physicality and accuracy from a superb Uibh Laoire side that was firing on all cylinders.

Hapless Kilmacabea just had no answer to the Muskerry champions and were a well-beaten outfit long before the finish.

While this was an outstanding team performance from the winners, two players stood head and shoulders above all others on the pitch. Centre forward Cathal Vaughan began the game like an avenging angel and in the first quarter he had 1-5 on the scoreboard to knock the confidence out of the Kilmacs.

After his dynamic start, Vaughan was limited to two points for the remainder of the game but it was then that full forward Chris Óg Jones came to the fore and by the end of the hour he had 2-6 to his credit. 3-13 between two players was a huge contribution to the winners’ cause, not forgetting the pair of goals from lively corner forward, Ian Jones.

By the first water break, Uibh Laoire were ahead by 1-7 to 1-2, and by half time the lead was six points, 1-11 to 1-5, despite playing against the breeze. The second half was one-way traffic as Uibh Laoire totally dominated. A pair of goals from Chris Óg Jones in the third quarter ended the game as a contest, Uibh Laoire leading by 3-13 to 1-6 at the second water break. 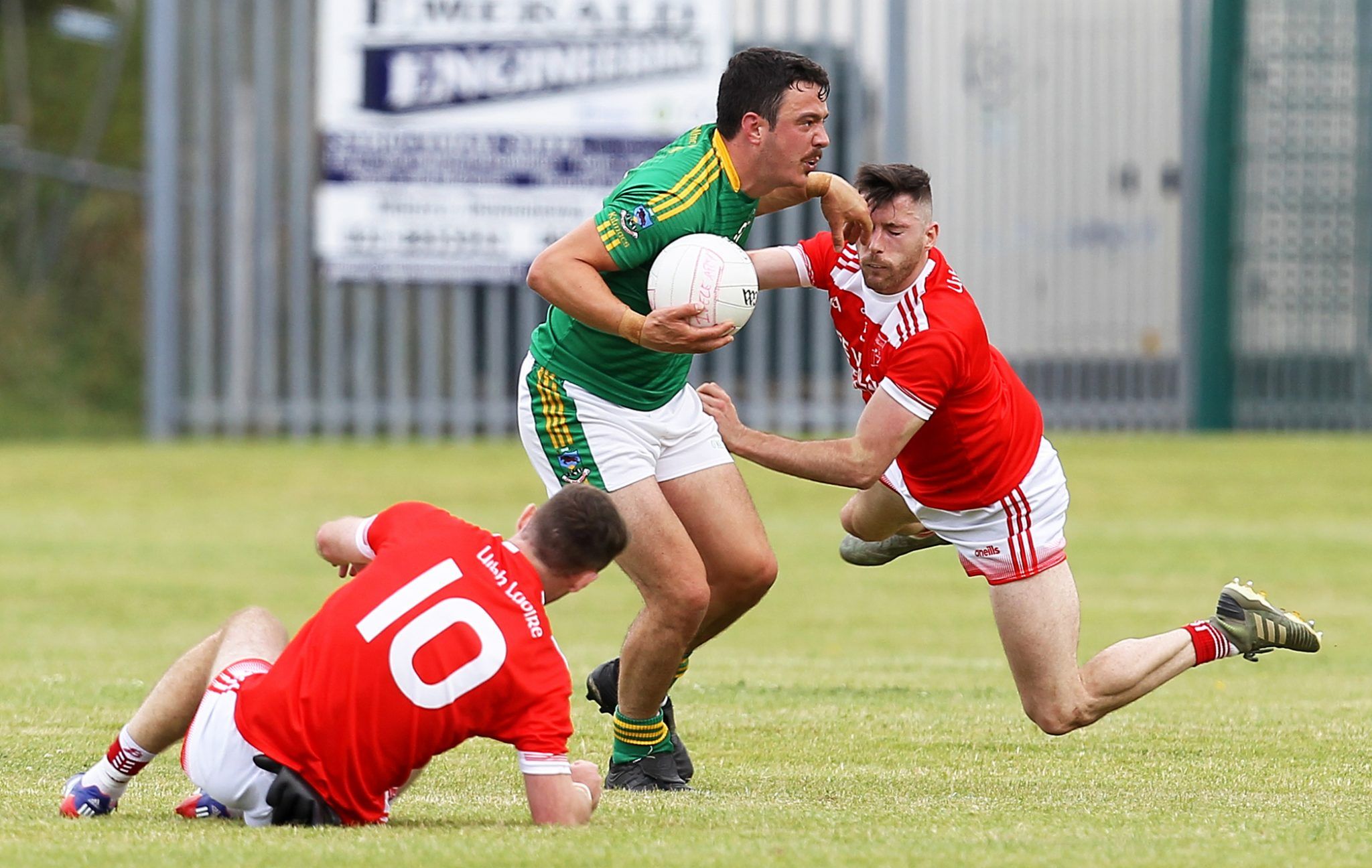 ‘It was all down to hard work and John Mac marshalling the troops. From the very beginning there has been a buy-in from a great panel of players. There have been a lot of years and a lot of players going into the making of a performance like today. We’ve been at it for a few years now, a lot of semi-finals in a row.

‘We haven’t played Boherbue in a long time but we got a good look at each other two years ago when we both played county games in Millstreet on the same day. We have never played intermediate and winning the final would be a phenomenal achievement for us as a club. It would be great to see these players in a higher grade but it’s a similar situation with Boherbue.’

Ironically, even though Chris Óg Jones opened the scoring with a point, it was Kilmacabea who were cheering when Ian Jennings, Kilmac’s best player in the first half, hit the back of the net in the third minute, following a great run from Donncha McCarthy. There was little warning what was to come then but when Cathal Vaughan opened his shoulders in attack, Uibh Laoire blazed ahead.

Vaughan kicked 1-5 and Chris Óg Jones added a point from a free, with the Kilmacs managing only two points from Jennings and Daniel O’Donovan as Uibh Laoire led by 1-7 to 1-2 at the water break. Damien Gore, very quiet in the first quarter, finally began to make an impact and he kicked three points in the second quarter but the winners answered with scores from Jones (2), Barry O’Leary and Brian Cronin. It was 1-11 to 1-1-5 at half time.

Kilmacabea needed a good start to the second half but it was Uibh Laoire who got it when Jones fielded a long ball and turned sharply to rattle the net. It still wasn’t quite over but following two points from Vaughan, in answer to one from Jennings, the game was truly decided in the 40th minute when Jones rattled home a goal, following a good block on a Kilmac defender. 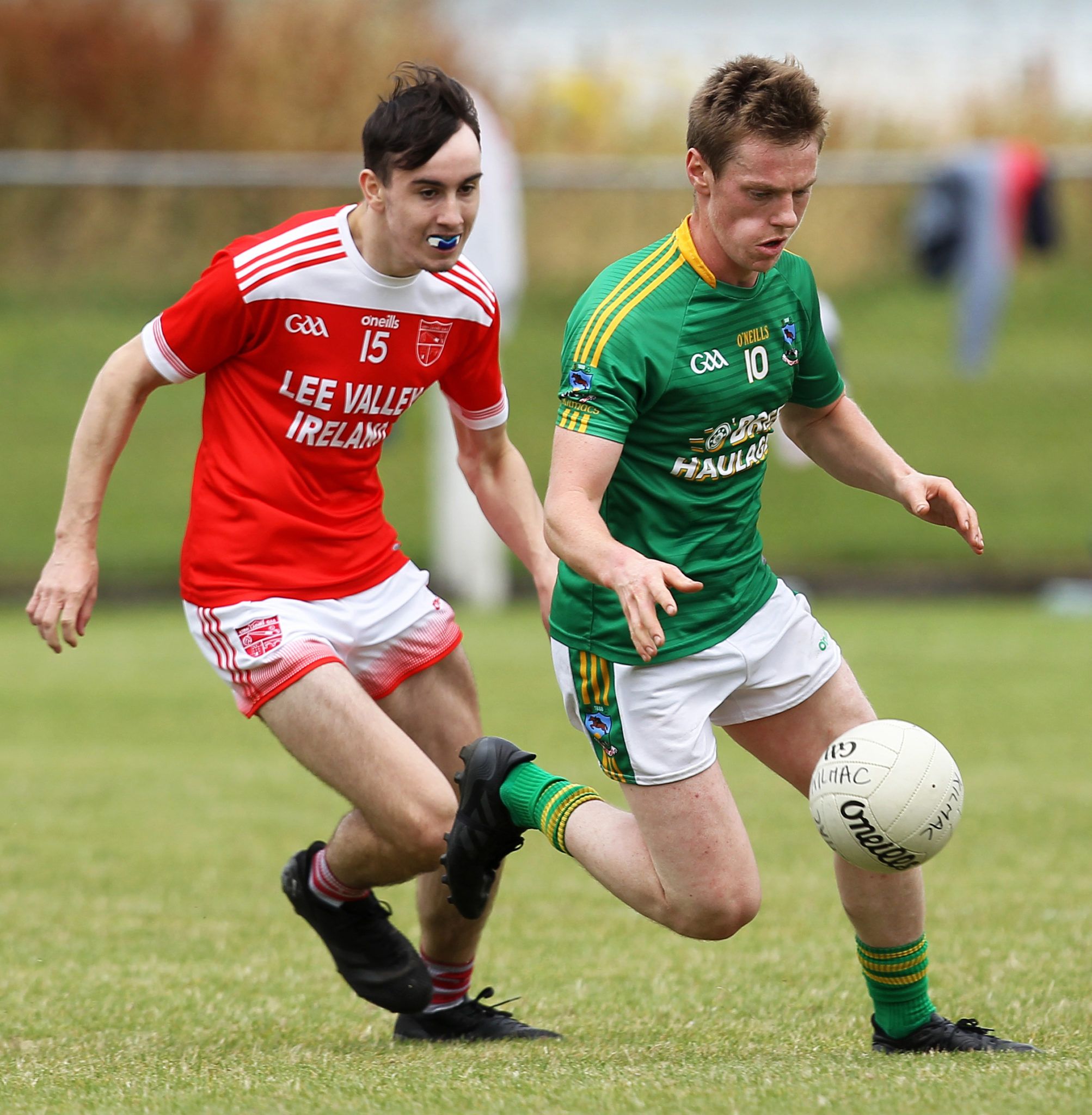 It was 3-13 to 1-6 starting the last quarter and Uibh Laoire were able to empty their bench as the game meandered to its inevitable conclusion. With Kilmacabea unable to raise a decent gallop, the scores flowed thick and fast from the winners in the closing ten minutes as corner forward Ian Jones lashed home two goals. Points from O’Sullivan and Chris Óg finished the scoring for the winners, with points from Damien Gore and Declan O’Sullivan being Kilmac’s only response.

‘What can I say, we just weren’t at the races today,’ said a shattered Kilmac manager Kevin O’Driscoll.

‘They have been knocking on the door for a few years now and everything came right for them today. They’re a fine outfit with some very good players. Our mistakes cost us goals. Very disappointing.

‘Now we can just give up or go back again, get back on the horse again. That will be the big challenge for this team now, how we respond to this setback. This bunch has been knocked down before but they got back up again.’