The Macroom teenager (19) picked up her first TG4 All-Star award when she was named on the 2021 TG4 Ladies Football All-Star team at the gala awards banquet in Dublin on Saturday night.

Cork defender O’Shea is one of two Rebels named on the All-Star team, along with midfielder Hannah Looney; both players are first-time All-Stars.

It’s no surprise that the All-Star team is dominated by first-time All-Ireland senior champions Meath who have eight players on the All-Star selection.

For first year UL student O’Shea, this award is recognition of her incredible rise. This was just her second season at senior level with Cork and, just like her first campaign in 2020, she looked right at home.

But O’Shea, speaking at the All-Star awards, revealed how she had to bounce back after being dropped at U14 and U16 county trials. The determined Macroom teen didn’t take no for an answer. She worked harder than ever – and now she is an All-Star. Her story, her attitude and how she responded to a setback can inspire others.

‘I got dropped at underage trials, it’s hard to go back to trials after that but I am delighted now that I did. Hopefully there are girls out there that will come back, too, because if I can do it then they can do it.

‘I got dropped at U14 and U16 levels, I was very upset about it because I was trying as hard as I could. Then John Cleary brought me in at minor level, it was the best thing that ever happened to me and I haven’t looked back since.’ 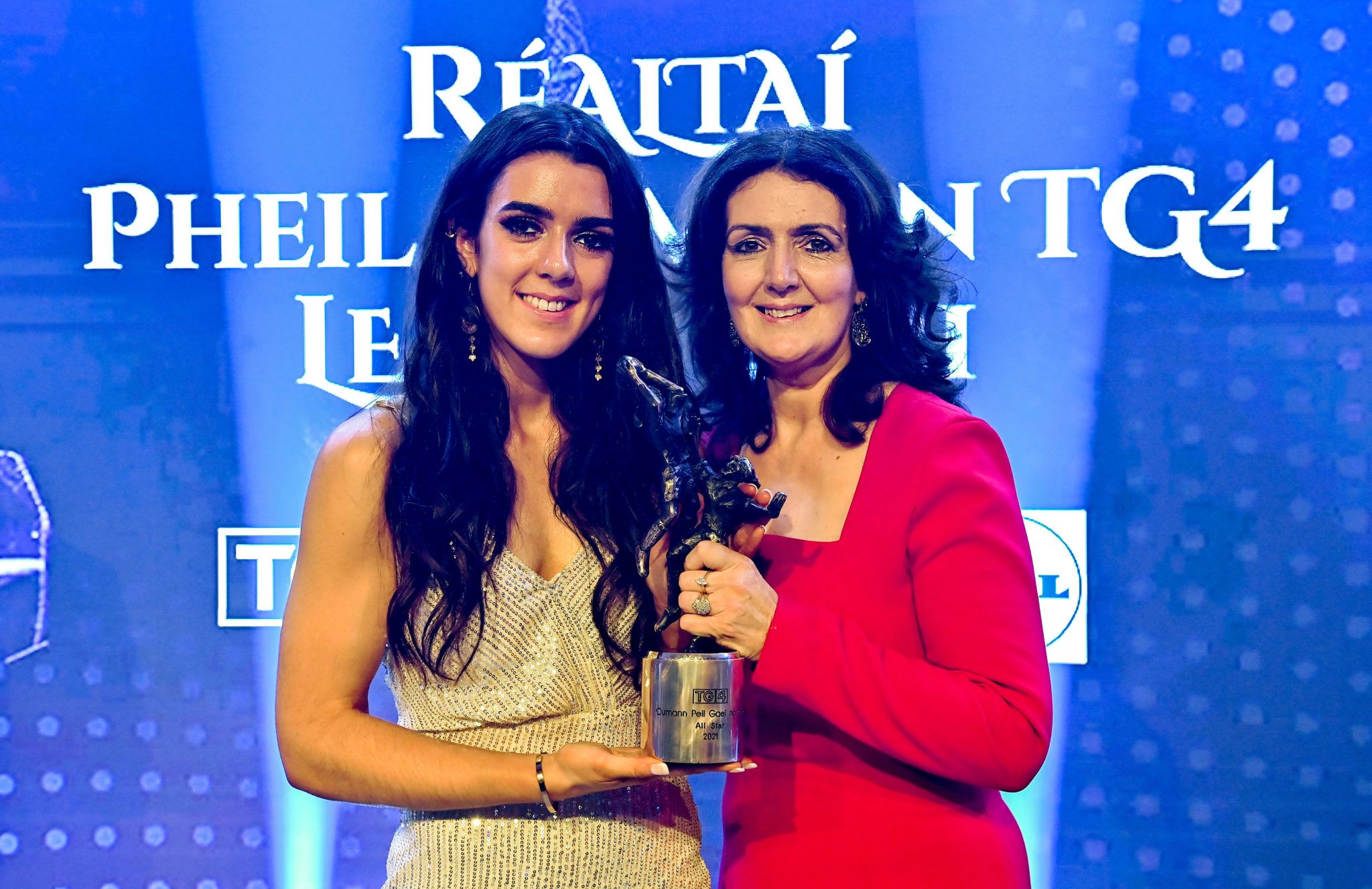 O’Shea bounced back from those setbacks. She was involved with the Cork U16s in 2017 and 2018. She was a Cork minor in 2018 and ’19, and at the start of the 2020 season the senior set-up came calling – and the rising Macroom star hasn’t looked back. She slotted straight into the Rebels’ half-back line and has been one of the top performers in the past two seasons. Now she is an All-Star footballer and there’s more to come.