AS it’s the season for awards in all sports we decided at having a go at our own personal Carbery GAA awards for 2021.

Sports-wise, it has been a marvellous year for West Cork and the region has produced some outstanding individual stars as well as memorable team performances in 2021. Our brief is to pick the GAA individuals and teams from Carbery who made the year, short as it was, a most enjoyable one.

Club of the Year – Randal Óg GAA Club. There can be only one winner in this category as Randal Óg went through a season that almost defied belief. Playing 28 weekends out of 29 not only created its own bit of history but the fact that they were equally competitive in both code, contesting county finals in both, with the same small panel of players, made it an unique achievement. Two county titles and a Carbery title were garnered at the end of an amazing season.

Team of the Year – Clonakilty Senior Football Team. Take your pick from Clonakilty senior footballers, who came within a point of winning a completely unexpected county title Kilbrittain intermediate hurlers, who reached the county final; Randal Óg junior B footballers, who brought home three cups; Tadhg MacCarthaigh junior A footballers, who won their first Carbery title since 2012; Ballinascarthy junior A hurlers who won their second title in three years; Carbery Rangers U21 footballers or Newcestown U21 hurlers. Our vote goes to the Clonakilty senior team who emerged from nowhere to almost lift the Andy Scannell Cup, proving once again that there is no such thing as a lost cause if you truly believe.

Match of the Year – Premier SFC semi-final, Castlehaven v St Finbarr’s. They did it in 2020, a penalty shoot-out to decide the issue, but the game they produced this year, before they again had to resort to a penalty shoot-out, was the stuff of dreams. Two teams at it hammer and tongs, incredible scoring performances from two of the best club forwards in Cork, spills and thrills and nothing to separate them except one penalty kick. They write books about games like that.

Footballer of the Year – Brian O’Driscoll (Tadhg MacCárthaigh). Thomas Clancy, Sean White and Dara Ó Sé of Clonakilty; Brian Hurley of Castlehaven; Mark Buckley and Fionn Herlihy of Dohenys: the three O’Driscoll brothers of Tadhg MacCarthaigh; Sean Daly of Randal Óg; Daragh Hayes of Carbery Rangers U21; David Buckley of Newcestown. Again take your pick but our choice is Brian O’Driscoll of Tadhg MacCarthaigh, not only because of the outstanding displays he gave in every round of the championship and the inspiring leadership he gave as captain of the team, but also his new-found discipline on the pitch and his determination to make up for lost time in his career.

Hurler of the Year – Ciarán O’Neill (Ballinascarthy). Ross Cashman, Maurice Sexton and Philip Wall of Kilbrittain; Luke Meade and Richard O’Sullivan of Newcestown, Bill Murphy of Dohenys; David Lowney of Clonakilty; Brian O’Donovan and Ciarán Nyhan of Ballinascarthy; Niall Kelleher and Dylan Scannell of St Mary’s, all had superb seasons but Ciarán O’Neill was the most consistent hurler we watched all season and, despite his youth, he was well able for the hard-hitting at midfield. Is still developing and is a great prospect. 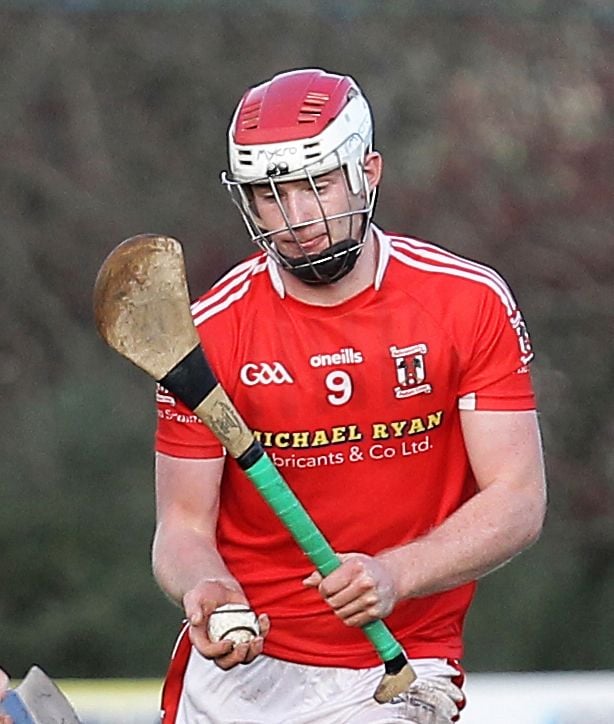 Young Footballer of the Year – Conor Ustianowski (Kilbrittain). A toss up here between Fionn Herlihy of Dohenys, David Buckley of Newcestown, Ryan O’Donovan of Barryroe, Conor Ustianowski of Kilbrittain, Daragh Hayes of Carbery Rangers and Seán Daly of Randal Óg. The tall, strong Kilbrittain lad really caught our attention whenever we saw him in action. He may not have been playing with a top football club but he showed tremendous potential as a midfielder and has all the basic ingredients to make it to the top if given a proper chance.

Young Hurler of the Year – Richard O’Sullivan (Newcestown). Following in big footsteps, he is a one-man scoring machine, especially from placed balls and he practically carried Newcestown to the U21 title at the end of the season. When he fills out and gains experience in general play, Newcestown could have another star on their hands.

Score of the Year – David Desmond (Kilbrittain). The Kilbrittain junior B hurlers, hoping to win the Carbery title at the third attempt, were a point behind Bantry Blues deep into injury time. A penalty is awarded and up the pitch comes goalkeeper David Desmond to take it. Would he take his point, guaranteed extra time, or go for broke, a goal? He lifts, strikes and buries the ball in the roof of the net. Kilbrittain snatched the title, Desmond was the hero. Just one of many superb scores we watched all season, but when it comes to scoring under pressure, this was the one.