The main house on Horse Island enjoys some of the best views on the island, with an interior which is designed to encourage you to sit back and soak them up.

THERE’S been a strong increase in interest in one of the country’s most attractive properties, off the West Cork coast, since stability has been restored to the UK government.

Horse Island, on the market for some time for an eye-watering €6,750,000, has  recently had a spike in interest from the UK and Europe, according to joint agent Callum Bain of Colliers International.

Situated in Roaring Water Bay off the coast of Schull, the 157-acre island boasts no less than seven houses, a farm, tennis court, various beaches, and the expected views which are simply to die for. 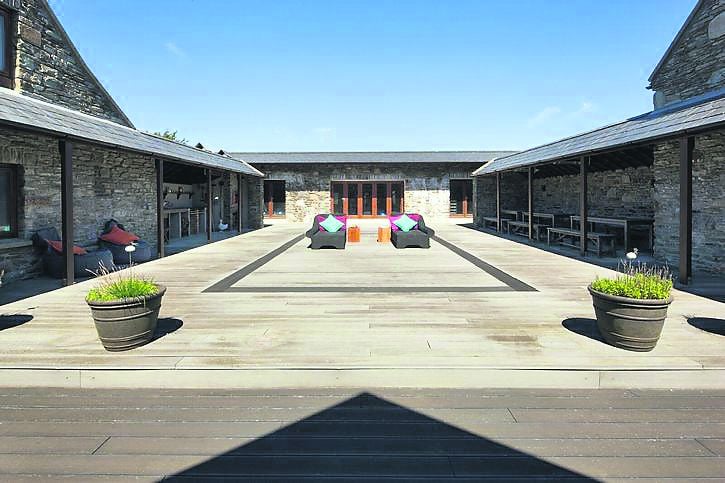 Horse Island is also one of only a few Irish islands that is fully and sympathetically re-developed as a private residential island with all modern facilities. It’s completely self-sustainable with regard to electricity, water and sewage treatment and is probably the best re-developed and revitalised of all the islands off the west coast of Ireland.

The main house is exceptional in its design and finish and extends over 4,500 sq ft. The large living room offers double height ceilings with mezzanine, extra large panoramic windows to soak in the light and outstanding views over Roaring Water Bay all the way to Cape Clear island and the Fastnet Rock lighthouse.

The first floor accommodates the master suite with en suite and dressing room/study as well as access to the roof terrace.

A separate guest wing incorporates the five other bedrooms.

An attractive courtyard lies at its centre which oozes luxury retreat vibes and would be an ideal spot for morning yoga. 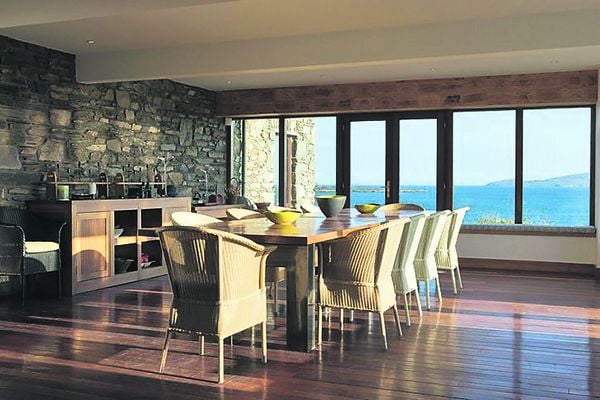 The island’s farm infrastructure is modern and impressive and consists of a main cattle shed, an implement shed as well a workshop and generator shed. All sheds are situated around a concrete yard.

‘There are no livestock on the island at this time. However it was used for the grazing of cattle and sheep in the recent past. The current owner had a herd of kobe cattle on the island,’ said Callum. 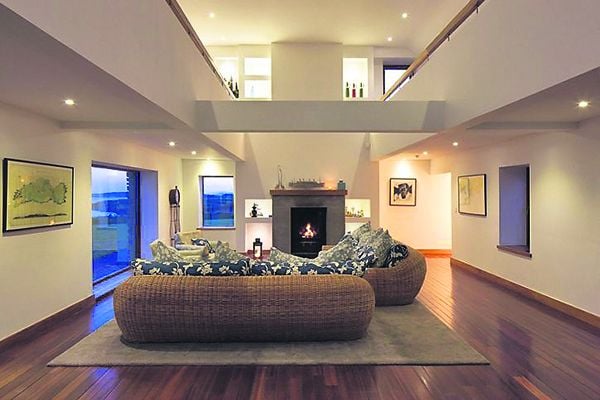 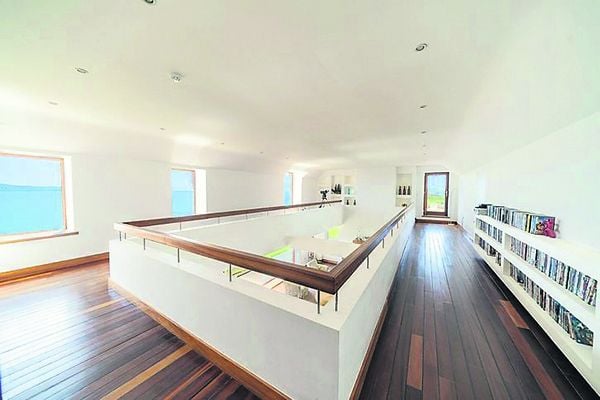