THE Irish Fiscal Advisory Council must be keeping a keen eye on our politicians this past week as they gaze down upon them from their lofty promontory on the Hill of Tara, or wherever it is they are based.

For some reason I always picture them as druids and presume they convene their meetings in that quasi-supernatural Celtic realm where Aosdána and Enya exist.

Established to provide an ‘independent assessment of official budgetary forecasts and proposed fiscal policy objectives’, the Council is there to discourage our politicians from engaging in the auction politics of old.

So one wonders how they will view the various kites being flown all week, in particular Leo Varadkar‘s promise of a ‘pandemic dividend’ in the run-up to the budget.

Anyone with more than one child knows how dangerous this is, of course. You promise sweets to one of them, you’d better be sure the other child gets a look in too. No sooner were the nurses being offered a few extra bank holidays, then the guards were on the national airwaves looking for recognition for all their hard work during the pandemic too. Where do you stop?

With the fortunes of the government flagging at the polls, and Sinn Féin still in the ascendancy, it’s little wonder there is an appetite amongst some cabinet members to make some political hay on budget day.

In reality, Paschal Donohoe has very little room for manoeuvre and with some external pressures in the post, like the fate of our 12.5% corporation tax rate and a potentially disastrous property crash in China, you’d wonder if Fine Gael promising sweets we can’t afford is going to play well with their own base? And how is the fiscal council going to respond? 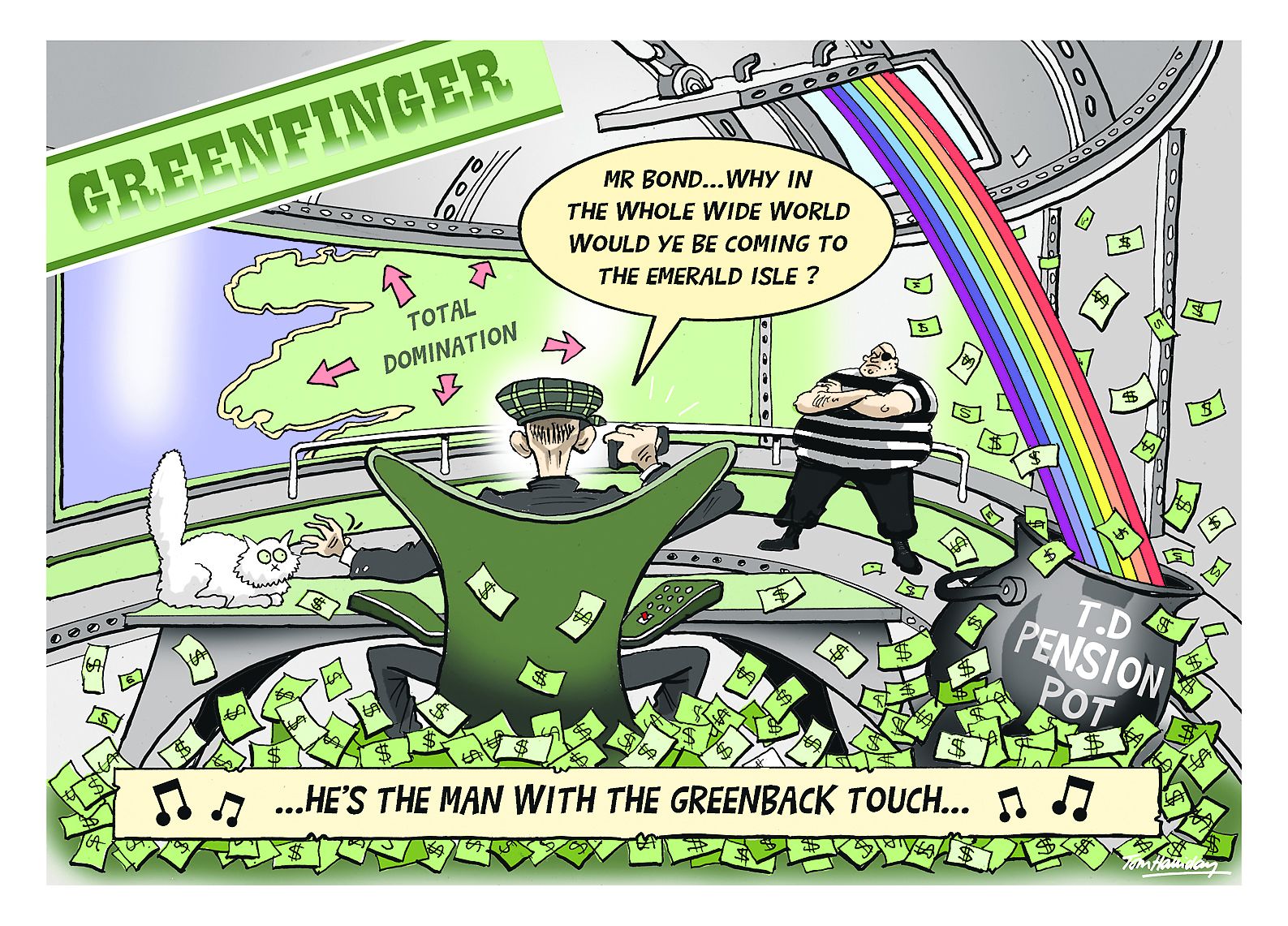 Rich pickings for our TDs

Eyebrows were raised last week with the publication by the Irish Independent of their Political Rich List which values the property, pension, investments and business interests of TDs across all political parties.

The list expands significantly on the information provided by TDs in the Register of Members’ Interests for Dáil Éireann, which involves a lot of fairly selective reporting by the sounds of it.

While absolutely no wrongdoing is being reported – after all, TDs have every right to invest in property or shares like any other citizen – the public surely has a right to know precisely about the various interests of those they put into office?

I’m sure nobody was surprised that the Healy Raes seem to own most of the kingdom but even still, the numbers are fairly staggering. Michael is reported to have a property portfolio worth €4.7m. Even his brother Danny has property worth €1.3m which is a hell of a lot of flat earth.

It must have made interesting reading for any youngsters clambering to find student accommodation these past weeks or bedding down in a log cabin in their parents’ back garden in order to save a deposit for a house.

Still, though, it means a quarter of Dáil Éireann are now landlords, down from a third on the last Dáil. You’d wonder if there might be even less after the next election?

The really eye-watering figures are the value of the pension pots of TDs when compared to what they might cost to fund on the private market, as compiled by financial analyst Karl Deeter. Many long-serving TDs have pension pots worth well into the millions – Labour TD Brendan Howlin’s is estimated to be worth €2.6m, for example. With talk of changes to a total contributions approach to the State pension, meaning reduced pensions for many, and with private pension uptake extremely low in the younger cohort who are spending a huge proportion of their money in rent, ‘tis little wonder younger voters are looking outside the establishment parties for a change. Not that many Sinn Féin TDs came out glowing from the report either, mind you.

A time to retire

And if things weren’t bad enough on the housing front, it appears even more celebrities are planning to move here. I really don’t think that’s what the government meant by Housing For All.

The latest superstars reportedly planning a move to the Emerald Isle are Dawson’s Creek star Joshua Jackson, whose mother is originally from Dublin, and reportedly would like to move his family here.

And then there’s the departing James Bond, Daniel Craig who has his eye on retiring to Ireland, ‘if they’ll have me’.

It all sounds like a great set-up for a great Bond movie though – 007 moves to rural Ireland to enjoy a quiet life of Martinis and Gubbeen cheese but is forced out of retirement to go on one final mission – rescuing a cuddly little president from his own team of advisors, perhaps.

Myself and my editor have been trying to come up with names for this Irish Bond flick these last few days. Drimoleague of their Own, perhaps? Or, if we can rope Tom Cruise in, maybe Mizen Impossible? Or even, to give Mayo a sense of achievement this year, how about A View To Achill?