IF ever the Barryroe Show Society was to appoint an ambassador, the name Ailish Crisp is likely to be top of their list.

Having left Lislee near Courtmacsherry in 1955 to be reunited with her parents in London, Ailish performed the official opening of the recent show and was its special guest.

‘Oh my God, I couldn’t believe it when John O’Brien (chairman) rang and asked me, would I like to be their special guest. I just love Barryroe Show,’ said Ailish.

Her mum, Lizzy, was the second eldest of the O’Donovan’s from Lislee, who met and married John Daly from Cork city. When his RAF posting took him to South Africa during the war, Ailish and her mother moved back to Lislee.  It was all of four years before she saw her dad for the first time and much longer before the family all came to live under the one roof.

‘I was born during the war and it wasn’t until I was 13 years old that I moved over to London to join mum and dad. Mum had moved there earlier but my younger brother Michael and I stayed with my uncles John and Tom and my aunt Tessie. I cycled down to school in Courtmacsherry. John and Tom were like my dads, they had a huge influence on my life.’

Following a few years of the British schooling system, Ailish qualified as a nurse and went to work at Hammersmith Hospital in London in 1963 in what proved to be a life-changing year.

‘I went to a wedding, I was a guest of the bride and I met this lovely man, Paul Crisp (a surveyor with the Ministry of Defence), who was the bestman. We married the same year and that (laughing) scuppered any of my nursing plans for a bit.  We had three children and about 20 years later, I went back into nursing.  As a family, we all came back and forth to Lislee.’

Sadly and unexpectedly, Paul died in 1997 and in February 1999, Tom and John died tragically in a fire that engulfed their home in Lislee.

In recent years, Ailish stays with her cousin Richard Kingston in Clogagh and that annual trip is centred around Barryroe Show.

‘I just love the show, I live in Norfolk, not far from the Royal Estate in Sandringham. The area is rural and much like Barryroe. I have friends all over the place in New Zealand and Australia, my brother is in Japan and I send them all messages, videos and photos of Barryroe Show.’

Reflecting on her childhood, she added: ‘Tessie taught me how to bake, indeed, I used her apple pie recipe to give to my nephew Fr Mark Crisp when he had to entertain Pope Benedict when he came to England. He gave it to the nuns and apparently, he (the Pope), had seconds!’ 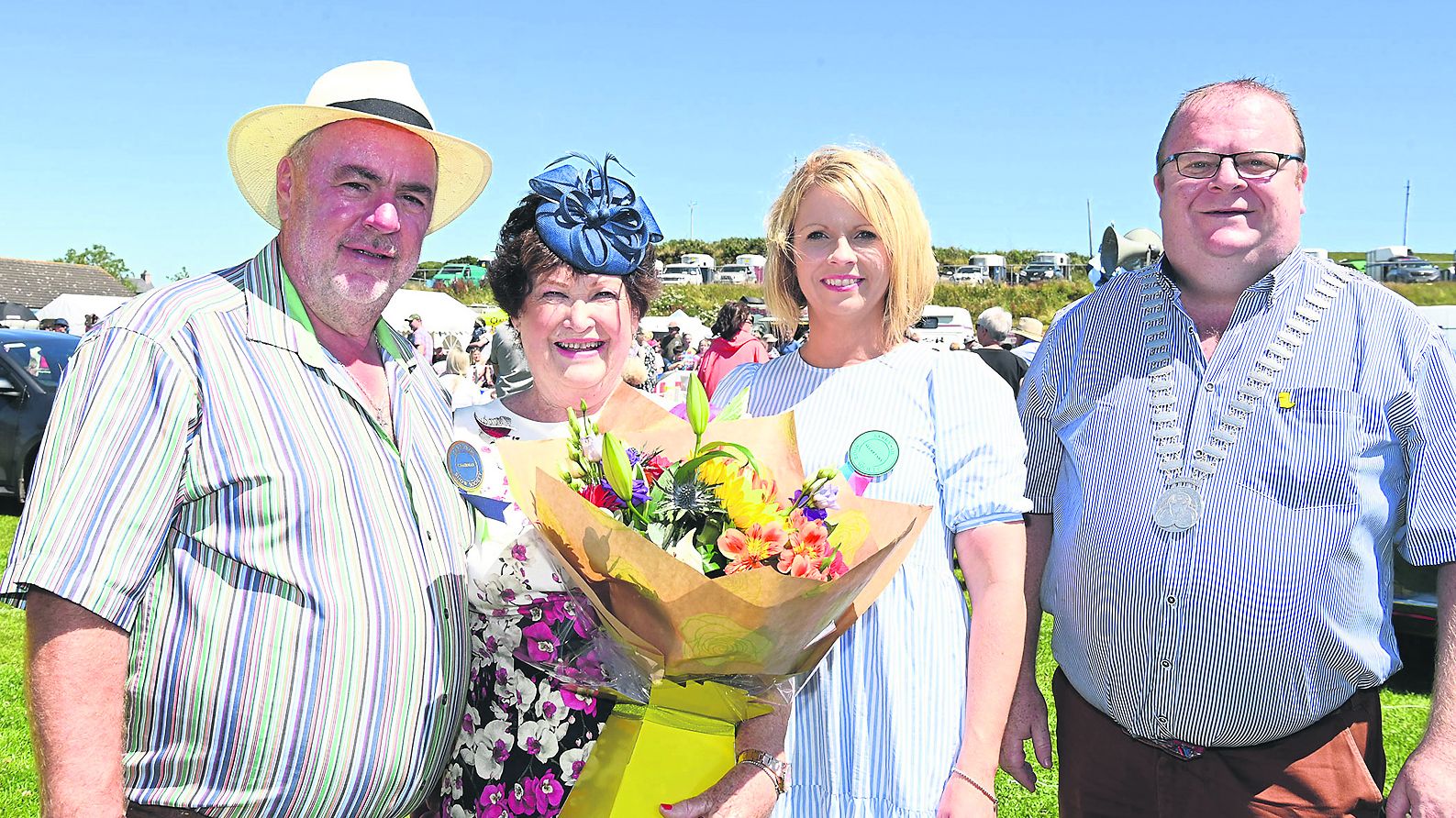