Dunboy: the fortunes of the peninsula are, as always were, still intrinsically tied to the sea. (Photo: Anne Marie Cronin)

The history of Beara’s links to the sea is Marc O’Sullivan Vallig’s first book. It’s a story told in two parts –  the first details the mythology of the Beara peninsula and the second features interviews with fishermen, boat owners, agents, dealers and more

MY new book on Bear’s history features many photographs, old and new, including one of Nancy Dudley of Dursey Island and the boat builder Tom FitzGerald of Caherdaniel on their wedding day in Allihies in 1866 (right).

I believe this to be the oldest photograph of Beara people in existence. 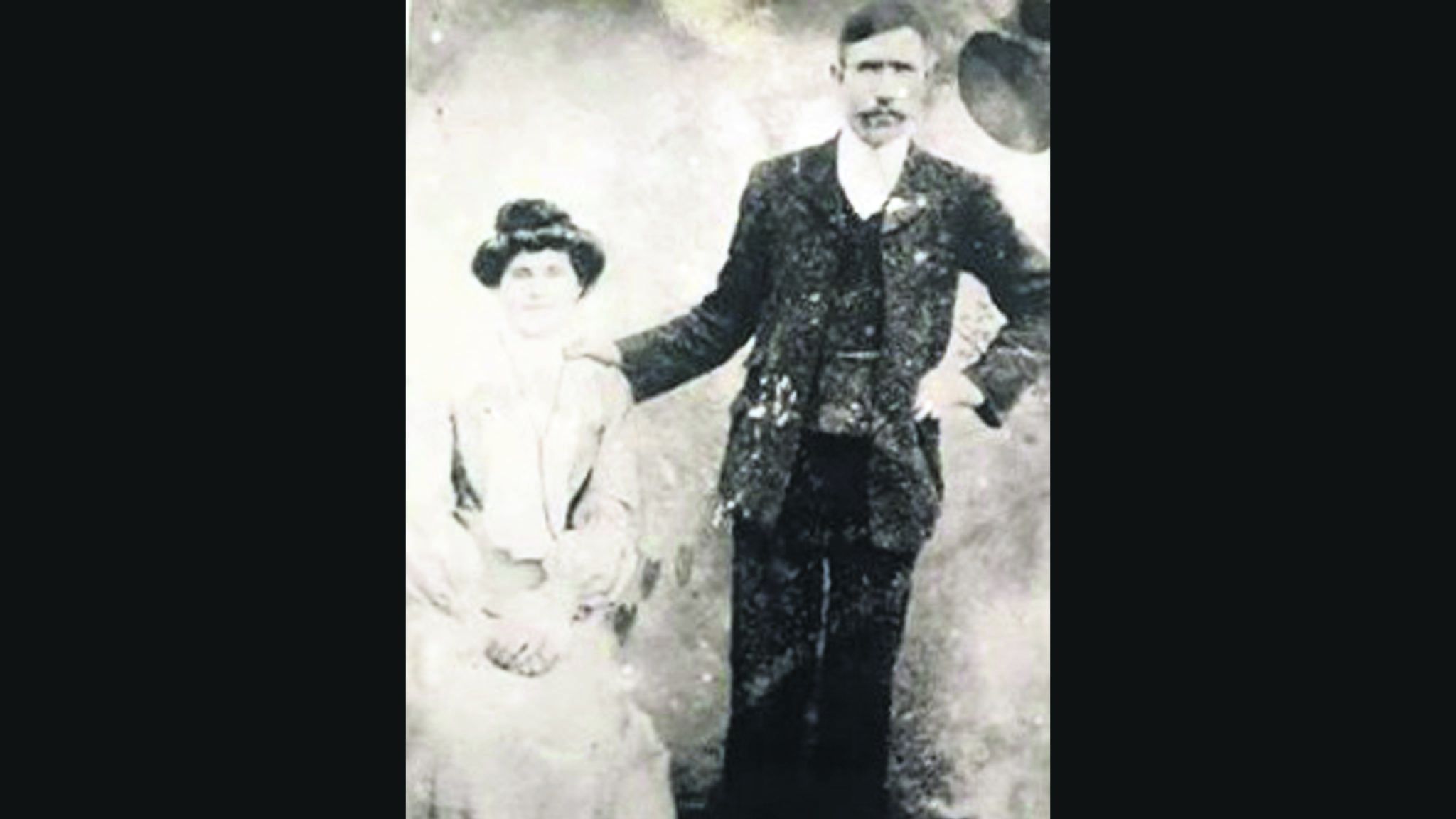 Nancy Dudley of Dursey Island and Tom FitzGerald of Caherdaniel on their wedding day in Allihies in 1866 (Photo: courtesy Mick FitzGerald). Marc believes this is the oldest photo in existence of Beara people.

Until recent times, my own family fished out of Garnish, at the western tip of the Beara peninsula.

Hardly anyone fishes there today, but I have vivid memories of the late 1960s and ‘70s, when it was an absolute hive of activity.

The men in their yellow oilskins; the boats bobbing in the water; the crates of fish stacked up on the slip, awaiting collection.

My father Frank still sometimes fished with his brothers in the summer, and it was a thrill indeed when we kids were allowed go with them.

I had no sense in those days that this boom in inshore fishing was a recent phenomenon. It lasted for 10 or 12 years, but by the time I finished school in 1982 it was already over; the mackerel were gone, and so, too, was any notion I might have had of becoming an inshore fisherman.

By then, we had a punt of our own at Ballycrovane, but the only fishing I ever did was for my dinner.

Later on, I spent several summers painting trawlers on Dinish Island. I’ve never envied anyone who worked, ate and slept in conditions as cramped as those I encountered on the boats.

When I wasn’t banging my head off pulleys and poles, I was tripping over ropes and nets, and that was when the vessels were on land; I couldn’t begin to imagine how much more hazardous it would have been at sea.

The dangers associated with fishing for a living were brought home to me on New Year’s Day 1973, when my uncle Cormac was drowned in Cobh.

Like so many other such incidents, it occurred not at sea but at the quayside, when Cormac was casting off the ropes and fell between the trawler and the pier. What I remember most vividly of his funeral is the line of cars that seemed to stretch for miles behind us as we drove over Cousane Gap; so many friends and neighbours had come to meet the hearse along the way, to bring our Cormac home.

Cormac’s is one of 72 names inscribed on the plaque on Barry Linnane’s Twilight Haul monument erected by Mná na Mara on Dinish Island in 2010, to commemorate those who have perished at sea.

Everyone in Beara will have known someone among them.

Thankfully, the recent establishment of RNLI and Coast Guard stations in Castletownbere, manned mostly by volunteers, has made search and rescue vastly more efficient, and helped reduce fatalities.

In the past few decades, the fishing industry has changed immeasurably.

There is no doubt that joining the EU was detrimental to Irish fishing, as we relinquished too much control of our waters to Europe.

Advances in technology, overfishing and pollution continue to impact hugely on the industry here, and it seems the very real concerns there are about all three have yet to be properly addressed.

The very nature of maritime industry has changed as well.

Mussel and salmon farms are now common features in the harbours around Beara, and it is surely only a matter of time before wind farms and wave farms become just as familiar a sight.

Leisure activities such as kayaking, diving and pleasure boating are readily available, and it is to be expected that they will all expand as tourism develops.

Whatever happens, it is a given that the fortunes of the Beara community will continue to depend on the bounty of the sea.

• People of the Sea: A Maritime History of Beara by Marc O’Sullivan Vallig is published by Beara Tourism, with support from BIM. The book is available in local shops, and at Amazon.co.uk. Signed copies are available from the author at [email protected] (€20 plus postage).