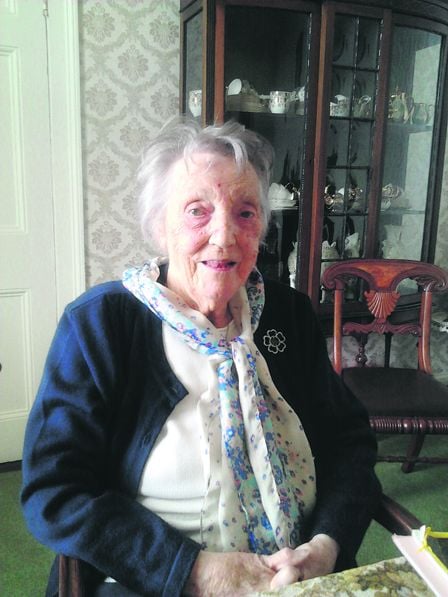 Sr Alphonsus, who lives at the Presentation Convent in Bandon, has as much enthusiasm as ever for the Easter production.

IT’S her passion for drama that sees 98-year-old Sr Alphonsus once again take the reins of the Passion Drama this Good Friday at St Patrick’s Church in Bandon.

Now in it’s fourth year and with a cast of 98 actors, it is one of the only such events in Co Cork and attracts people from Bandon and beyond.

Well known for teaching speech and drama to numerous students down through the years, Sr Alphonsus is assisted in this production by Esther Sinnott, chairperson of the Parish Assembly, and Patricia Brennan.

‘It’s a passion, and as long as I have the health, I’ll continue to do it,’ she said.

‘I broke my hip last August and was in hospital for three months and I thought I’d never be back to be able to do this year’s production,’ addded Sr Alphonsus, speaking to The Southern Star from her home at the Presentation Convent in the town. Preparations for this year’s production – On Calvary’s Hill – began back in January, she explained, when Sr Alphonsus and Esther began head-hunting cast members and tweaking the script.

‘We get people who wouldn’t necessarily have acting experience and they come from all walks of life and their ages range from 8 up to people in their 70s,’ she pointed out.

‘We have new cast members coming on board each year and we try to incorporate new characters as well from the story of the Passion,’ said Esther Sinnott.

‘The production is done in a very respectful way and most of the words are straight out of the Bible and we stayed as true to the Gospel story as possible. It connects with all age groups because its a story known worldwide but told in a very simple and they do draw an awful lot from it.’

‘It’s a great thing for the town and when people heard that Sr Alphonsus was unwell last year, they were very concerned for her but also for The Passion Drama.

‘They want to see it continue and that’s as much praise and affirmation that we need to continue on with it,’ said Esther.

The Passion Drama will begin at 7.30pm this Good Friday in St Patrick’s Church, Bandon. It’s free to all and a great way to celebrate Easter.