Jerh O’Callaghan with some of the drystock cattle he rears on his farm at Colla, Schull.

Jerh O’Callaghan considers himself a very lucky man, despite all he’s been through.

At the age of 17, he was involved in a serious motorbike accident which resulted in him losing his left arm from just above the elbow.

Recalling the traumatic event back in 1994, Jerh, now aged 43, said: ‘I was on my motorbike pottering around near my home when I skidded and struck an ESB pole.’

At the time he was studying for his Green Cert in Skibbereen, and was dairy farming with his father Jerry at their homeplace in Colla, Schull.

He spent the next six weeks in CUH and felt he was fortunate to be alive. The nerves in his affected hand had been severed, but doctors gave him a little over a year to see if they’d recover.

In the meantime, he spent five weeks in the National Rehabilitation Hospital in Dun Laoghaire where he had to relearn everyday tasks such as shaving, dressing and tying shoe laces with one hand.

‘It was a tough time and, when the hand didn’t recover as doctors hoped, and it started to put pressure on my spine and was just a dead weight, there was only one thing to do. I wanted to get on with farming and get on with life and, after the surgery, I’ve never looked back.’

As he adjusted to losing the limb, his brother Mike helped out with milking and his late mother Joan helped with the wash-up. But he wanted to gain more independence over his farm and, after the sad loss of his mother Joan from cancer in 1998, he made the decision to switch to drystock, which he hasn’t regretted.

Jerh is known to make excellent use of his 40-acre farm which enjoys a picturesque location overlooking Long Island and Cape Clear.

‘Every April to December, I contract-rear 10 heifers for a local dairy farmer and run them with my own bull. My reason for that is economic as it saves me taking out too many paddocks for bales.

‘Every March then I buy 18 bucket-fed Angus calves locally, and they’re sold by June to a regular customer. When that’s done, I buy in three continental heifers and run them with the bull in July and sell them before calving. Separately, I have my own 10 red Limousins and 10 calves and I sell the calves as weanlings in October.’

His weanling bulls weigh 370 kilos at eight months, and weanling heifers come in at 390 kilos at the same age, both of which are above average.

He’s passionate about farming, describing it as ‘my god,’ and said: ‘100% of what I make on the farm goes back into it.’

Grass management is a key focus of his: ‘I get 70% of my slurry out in January as the land is dry and I’d have cut around 22% (half the farm) of the silage by May which is a good result.’

Jerh manages almost all of his farm work himself with the exception of baling, which his cousins help out with.

He has adapted a cubicle house in the yard to suit his needs and modified other farm tasks as well to require as little manhandling as possible.

But things like spreading fertiliser and slurry, and even fencing, are all in a day’s work for this young man.

He says he rarely thinks about the accident anymore: ‘I don’t have time to be honest. In farming there’s always something to do. I also live with my 95-year-old father, Jerry, and care for him. He’s flying it and is very interested in what’s going on on the farm.’

When not farming, he enjoys the simple things in life.

‘I love nothing more than going out on a Sunday morning and getting the jobs done, going to mass and meeting a few people after, going to my mother’s grave, my sister’s for dinner and then a pint in the evening and home for 9.30pm,’ he said.

He’s the second-youngest of six (three boys and three girls). Sister Trish said he deserved the special achievement award after all he’d been through, and Jerh said the award meant a lot to him, and showed how far he had come.

‘I remember when I was in Dun Laoghaire and thinking I had it so bad until I was taken around and I really had my eyes opened.

‘When I got out, I said to myself “thanks be to God you’ve got your two feet” and that’s been my motto since.

‘You have to be positive and I have to laugh when people might want to know something about farming and they say “We’ll ask our right hand man, Jerh”! 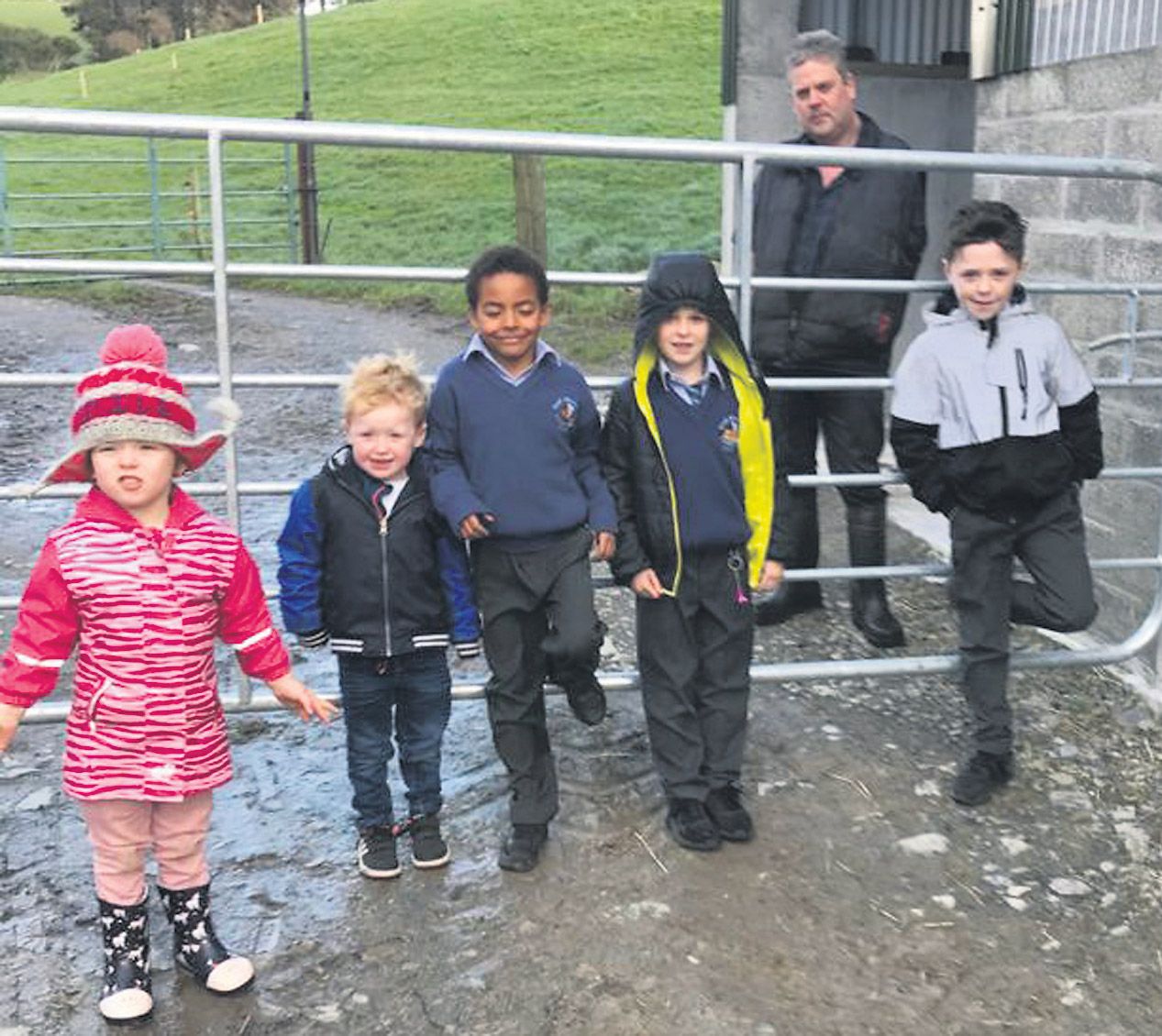 Jerh on the farm with his grandniece, Tiah Carroll-O’Driscoll, and his nephews, Killian, Joey, Danny and Tadhg.