Boys in the schoolyard of the Boys National school Western Road Clonakilty, May 1965.

The Eucharistic Procession on Connolly Street, May 28th 1964.

Thomas and his dad Tony are committed to perserving memories for the next generation.

Thomas and his dad Tony are committed to preserving memories for the next generation.

A Clonakilty father and son’s incredible photo archive is creating an invaluable social record of life in West Cork from the 1950s to the 1970s. They tell Emma Connolly how it all started

THE pandemic has sparked an enormous appetite in people for nostalgia and days gone by.

And satisfying that appetite is a hugely popular photo archive which gives a snapshot of life in West Cork from the 1950s to the 1970s.

Called the Clonakilty Photo Archive, it comprises the thousands of pictures taken by chemist Tony Bluett. A Limerick man, he arrived in Clonakilty in 1958 and worked from his shop on Pearse Street until he retired in 2005. 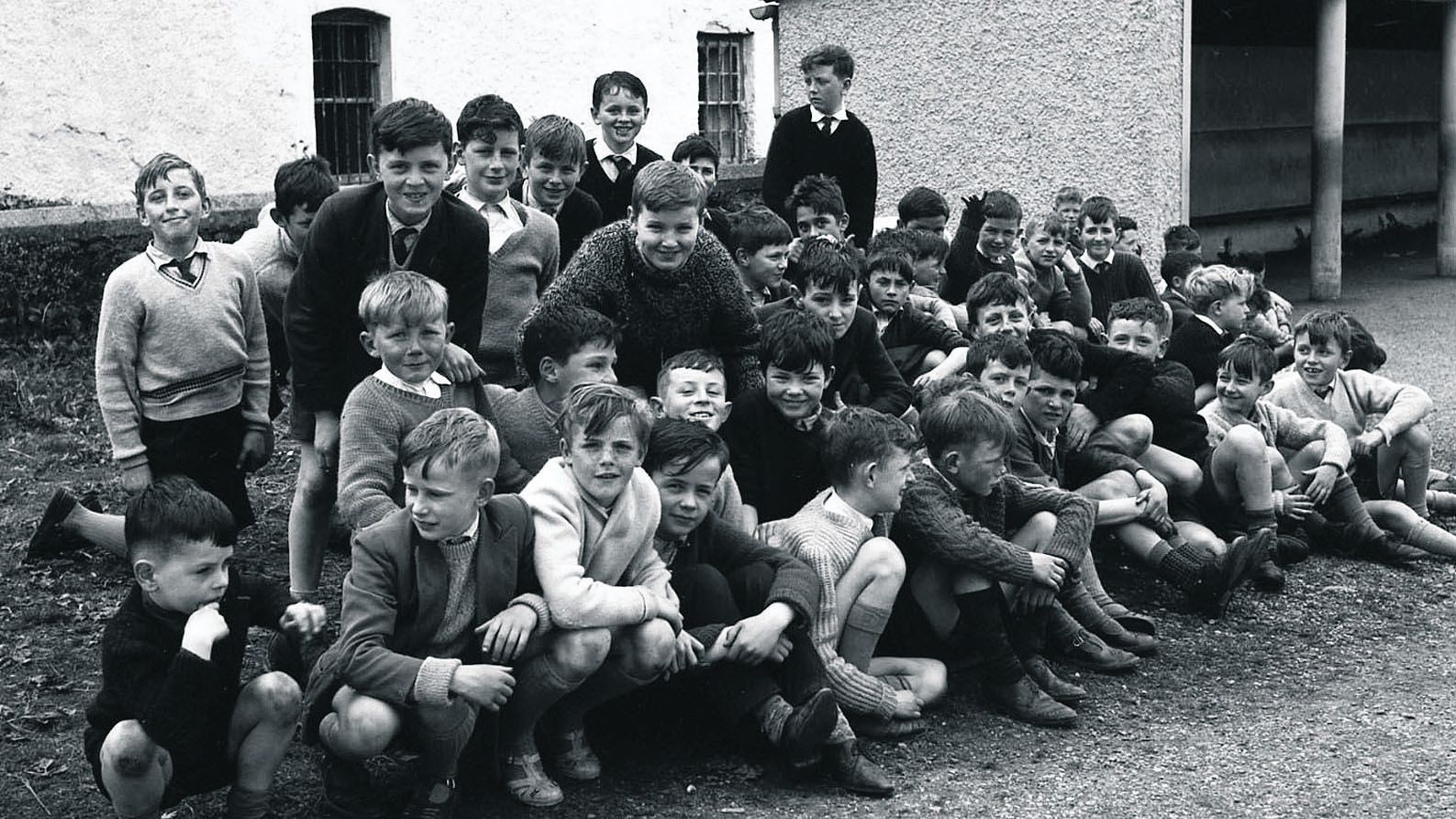 Boys in the schoolyard of the Boys National school Western Road Clonakilty, May 1965.

The first event he captured was one at The Miles bowling club that year, and his pictures were  displayed the very next day in his chemist shop window. From then on Tony and his camera could be seen at socials, dances, agricultural shows, communions, confirmations and festivals. 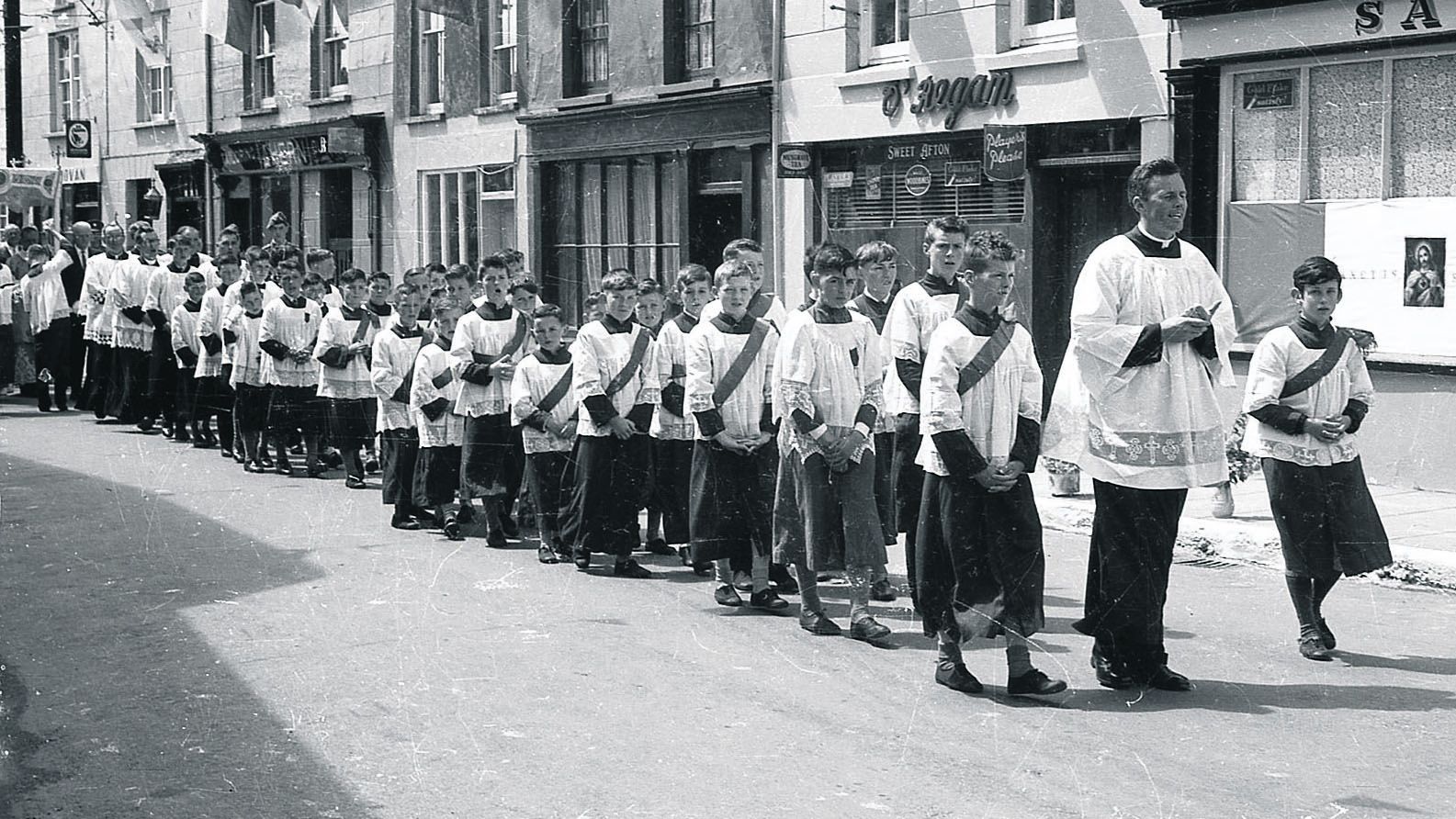 The Eucharistic Procession on Connolly Street, May 28th 1964.

When he finished taking pictures professionally in the mid 1970s, the door of the darkroom in his chemist was closed and its contents were forgotten. By luck the room wasn’t needed so the negatives were left untouched for decades.

Fast forward to 2014, and Tony, and his son Thomas, decided to take on the epic task of creating what they call ‘a social record of the time which is of, and for the people of Clonakilty and its hinterland.’

Thomas explained how it started: ‘Over the years people had asked occasionally if such and such a picture could be reprinted. The problem was a catalogue didn’t exist to allow easy retrieval of a particular negative. The other problem was technology hadn’t advanced enough to let the volume of negatives be scanned in a cost-effective way to allow for an easily searchable database. So the project never got off the ground. 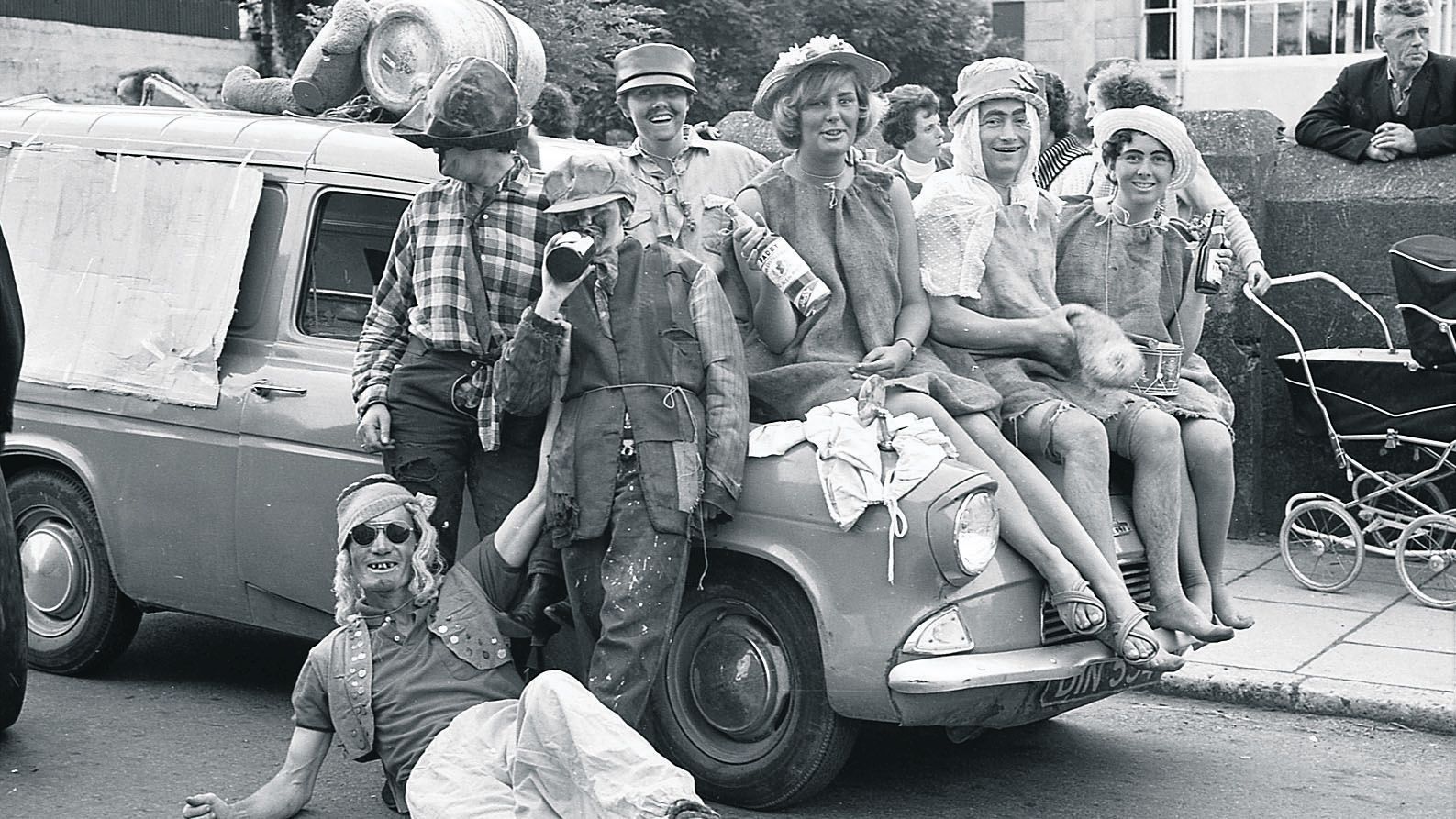 ‘Eventually in 2014 I gathered up the boxes of negatives, picked a roll of film at random and experimented with various scanning processes until I found the most efficient one to use. The project took off from there. Three years later the archive was fully scanned and mostly catalogued.’

Next followed a family meeting to decide what to do with this wealth of content.

‘Create a book? Host an exhibition? Ask someone to curate a website for us with paid access to view/download pictures? How could we let people know what was in the archive? The suggested ideas involved publishing only a tiny fraction of the archive and severely limiting access to it. So instead we decided the only way forward was to create our own website, one where there was free access to the pictures, but with watermarking to prevent unauthorised use,’ said Thomas.

Tony’s grandson Simon, who was finishing his degree in computer engineering at the time, took on the project of building the website. 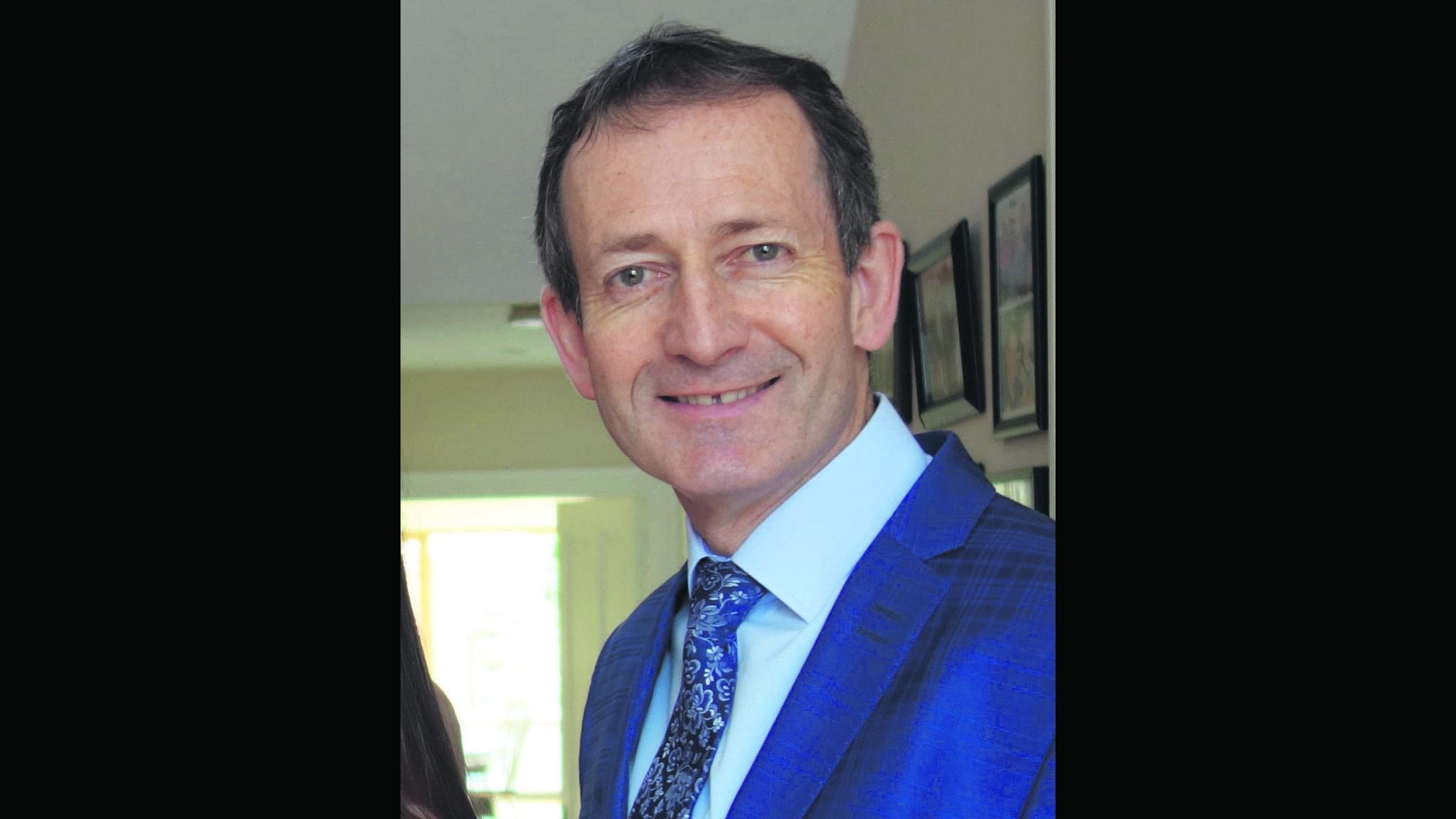 Thomas and his dad Tony are committed to perserving memories for the next generation. 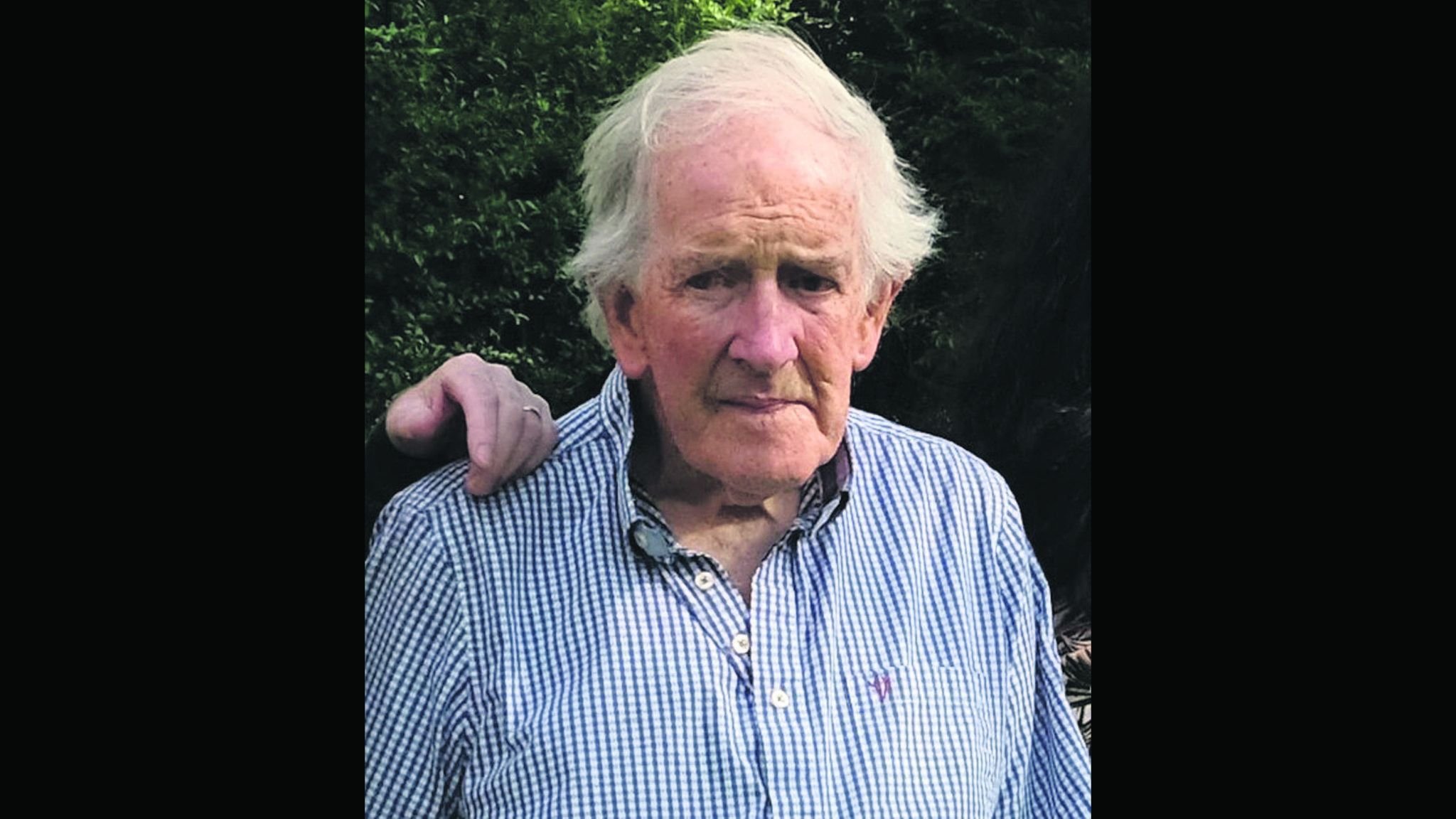 Tony has been blown away by the interest from people locally and abroad and said:  ‘I’m delighted the people of Clonakilty and neighbouring townlands are getting as much of a kick out of seeing these pictures again as I did in taking them. What started as a hobby turned into almost a full-time job but was never a chore. You just have to look at all the smiling faces in the pictures to see everyone was enjoying themselves. I am glad the website allows so many to share the memories.’

As well as reviving memories, the pictures have also helped to right a few ‘wrongs’ involving an elephant and an ice cream. The iconic picture of the elephant on McCurtain Hill is the first in the archive and was taken in August 1963. Tony recalls the day well. The elephant was being led around the town by its trainer to advertise a visit of a circus to Clon. Tony was in his chemist shop at the time serving customers. The minute he heard the commotion he grabbed his camera and captured the moment for posterity.

But there’s a twist! Thomas was home on a Christmas break in 2019 and having a pint in Shanley’s when he got into conversation with Fergus Maloney. Fergus had good reason to remember the elephant and was more delighted than most to see the picture published on the website. He was a very young boy at the time and remembers sitting on the pavement on Rossa Street eating an ice cream when an elephant appeared and took it from him! He ran home as fast as he could to tell his mother but was given no sympathy and a clip on the ear for telling fibs. Seeing the picture on Tony’s website he said to Thomas: ‘Now at last I will be believed!’

The archive is a work in progress and as negatives are scanned, catalogued and edited, they are published on the website with details of the new additions shared in The Southern Star’s Clonakilty notes. Thomas said he and Tony are very grateful to The Southern Star and Cionnaith O Súilleabháin in particular for the regular mention he gives the photo archive.

‘It has opened up the picture albums to a much wider audience. Recently a lady emailed me to say she read about the photo archive in The Southern Star the previous week so she decided to have a look, only to be absolutely delighted to see photos of her mum and dad who had both passed away unexpectedly. She had no photos of them from the 1960s so this to her was the most fantastic find,’ said Dublin-based Thomas.

Even with picture galleries being uploaded to the website every two days or so since then, there remains a substantial number of albums that are still to be published and Thomas is very conscious of the swift passing of time for those in the pictures.

‘We were motivated to compile the archive to encourage people to recall the times and events recorded in the picture galleries for the benefit of the next generations. The collective memory of those who lived through the 1960s won’t always be around. The website will help the stories get preserved and passed on,’ said Thomas.