Finbarr farms in partnership with his son Tadhg and has no plans to retire any time soon. (Photos: Andy Gibson)

THE sudden and tragic death of his beloved wife left Kilbrittain man Finbarr Hurley with five young kids to rear and a busy farm to run.

Despite his overwhelming grief, which he admits at times almost consumed him, his strength got him through, and he is a very worthy, and most popular winner of our prestigious Hall of Fame Award this year.

In an interview with Emma Connolly (below) he shares how he restructured his farm so his family’s needs were always put first. He now farms in partnership with his youngest son Tadhg, an award-winning farmer who credits his dad for everything he’s learned.

Finbarr is also involved in various groups and organisations in his locality and he’s a valued member of his community. His story is a moving and inspiring one, and shows his remarkable courage and resilience.

WHEN Finbarr Hurley upgraded his milking parlour, and improved his yard and farm buildings back in 1990, it was done in the sprit of progression. The same year he invested in 16 acres, to add to his existing home block of 64 at Barleyfield, Kilbrittain.

He was an ambitious 40-year-old dairy farmer, married, and a father-of-five and was working hard to put the foundations in place to ensure a solid future for his family.

Little did he know that just three short years later, his beloved wife Margaret would die suddenly, and his farm improvements would be beneficial for reasons he could never have imagined – they would give him much needed extra time to rear his young family.

All these years later, Finbarr says the death of Margaret was the worst type of pain he’s ever experienced.

He met the Courtmacsherry woman (née Drake, and also from a dairy farm) in the place where so many West Cork love stories began – the Lilac ballroom in Enniskeane.

‘She was a quiet woman and very easy to get on with. I was so lucky to have found her. We had been so, so happy together,’ he said.

Tragically, Margaret was diagnosed with a brain tumour on a Thursday, and after two serious surgeries within days of each other, she died a week later, aged just 45.

‘I can honestly say I was left devastated when she was gone. At the time our eldest Eileen was 14 and Tadhg, the youngest was just seven,’ said Finbarr.

Their home had been a traditional one, and while Margaret was always happy to milk cows, the household was very much her domain.

Finbarr had taken over the farm from his father Daniel in 1975 (aged 25), after a brief spell spent working as a builder.

In the devastating days, weeks and months after her death, there was nothing for Finbarr to do, but try his best both in the yard and the home.

His sisters who lived nearby gave great support, but he remembers ‘burning plenty of carrots’ as he found his feet.

His parlour upgrade which allowed him milk 10 cows at a time, as opposed to the previous six, was a huge help when he had to get the three older children to the bus for 8am, and the younger two dropped off to the local national school.

TYhe rest of his days were spent ‘watching the clock,’ with all his farm decisions having to work around his precious family.

In further response to his changed circumstances, in 1994, along with 11 other suppliers of Barryroe co-op, Finbarr invested in forestry in Glenville and enough quota to allow him expand the herd by 10. 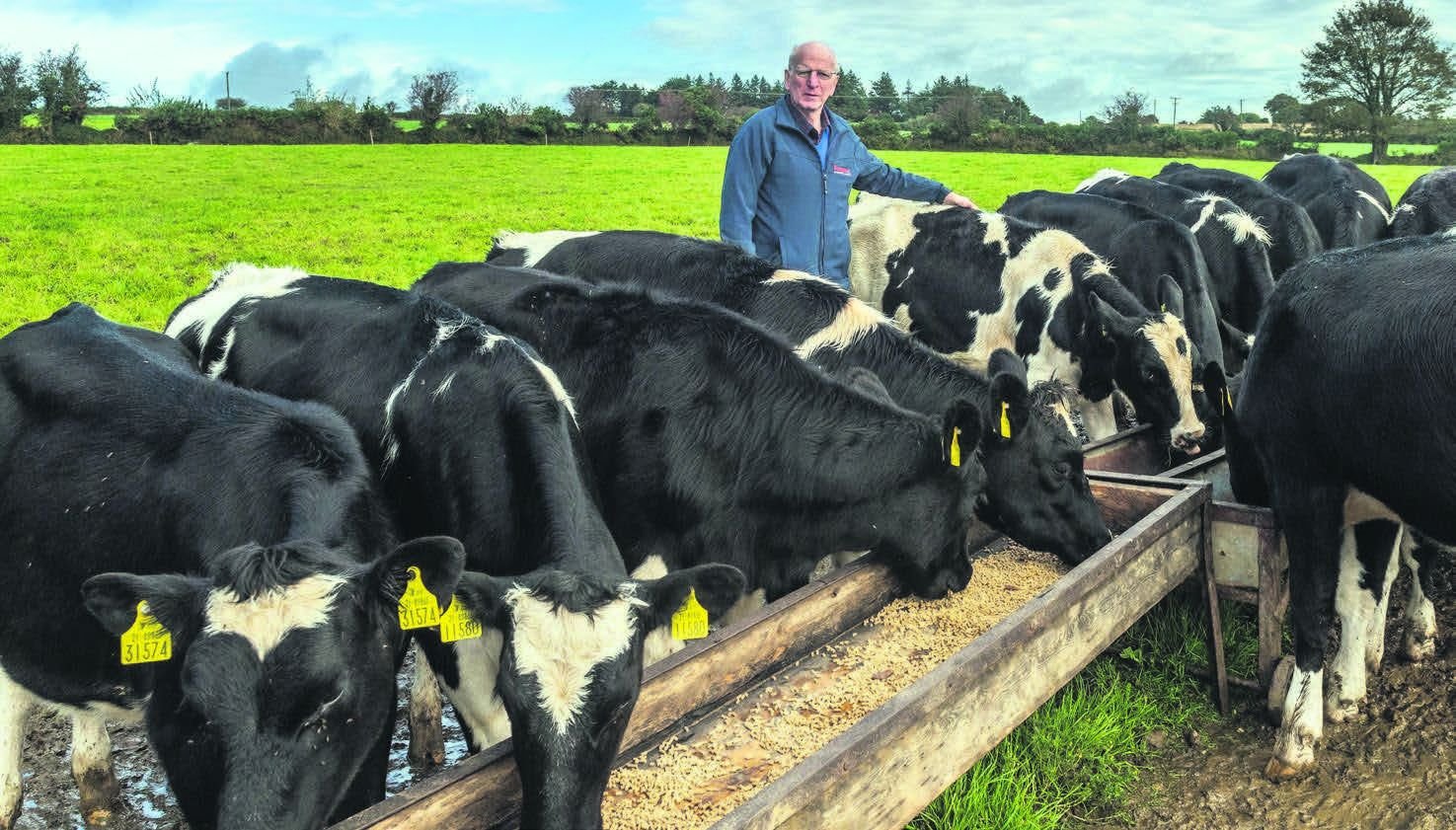 ‘That’s when I gave up keeping young calves as they take up too much time and decided to keep replacement heifers. It was a big decision for me but family had to comefirst.

‘The girls, Eileen, Annette and Margo were really wonderful, and of course it was very hard on them. Their mother adored them all. I have to say a regret of mine is that they had to be looking at my lonesome face for so long, but I was really in a low place.’

He honestly admits that it took him many years to get to grips with the gaping hole Margaret left in their family.

In a highly progressive move, he attended a bereavement course in Cork city for men, both bereaved and separated, which helped.

‘Nothing would replace what I lost but it was good to talk,’ he said.

He later joined a similar group in Clonakilty, where he generously offered help and advice to other bereaved men for 11 years.

Finbarr and Margaret had loved to dance, but it was 15 years before the Kilbrittain man could bring himself to go to another dance.

‘I remember the first night and I just wanted to jump into a hole in the ground, it was very hard. But I’m happy to say I’m still dancing and it’s where I was lucky enough to meet a companion,’ he said.

In 2017 he was also invited to join the local choir, which at the time was all-female: ‘Since then we’ve had two other male members join!’ he said.

Other organisations which have benefitted from his membership include the Kilbrittain IFA branch, and the board of management of the local primary school.

Now he farms in partnership with his youngest son Tadhg and brighter days have returned:

‘We’ve been farming together for six years and in partnership for three and it’s going very well.’

So well in fact that Tadhg was both the Barryroe and overall Carbery Milk Quality winner for 2020. Together the father and son milk a herd of 74 cows, and have 90 acres (after adding a further 10 across the road from the home place in 2018).

Finbarr was a quality runner-up for Barryroe in 1999 and a winner in 2009: ‘But after just five years farming Tadhg passed me out!’ he joked.

It’s very clear that the loss of Margaret has made the Hurley family a very united team, and with the exception of his eldest daughter they all live locally.

Eileen, a nurse lives in Australia, where she’s married with three children. Finbarr has made four visits to her, but due to the pandemic hasn’t seen them in three years.

‘I’m getting better at technology, and I’d hope to get over to see them again,’ he said.

Annette works in Inchydoney Lodge and Spa in the accounts department and lives in Bandon and has a 19-year-old son. ‘Taller than myself!’ says his grandad.

Margo lives in Innishannon and works in a Montessori and is engaged to be married next year. Barry is a carpenter currently living in Bandon but is building on the land, which leaves Tadhg, who is married to Helena, and a dad of two.

‘Margaret would have loved the grand-kids,’ he said. ‘And she’d really have been proud of Tadhg’s win. They don’t come around too often.’

A while back Finbarr bought a bungalow a quarter of a mile over the road, while Tadhg built on the home place. He admits it was a big change after 64 years in the farm house, where he was born, but it’s working out well.

And now aged 71 he has absolutely no plans to put his feet up any time soon: ‘While I’m alive I’ll always be doing something – or pretending to do something!’