SCENES of long tailbacks through their town are to become a distant memory for the people of Macroom and commuters, following  the opening of the local bypass section of the N22 Baile Bhuirne to Macroom dual carriageway last Friday.

The 8km bypass, which was completed ahead of schedule, will see thousands of cars taken out of the town and allow it to breathe once again, with the full project expected to be completed by 2024.

Speaking at the official opening, Taoiseach Micheál Martin – who was performing one of his last duties as Taoiseach in Cork –  said it was significant day for the people of this region.

‘This has been long-awaited, particularly for the people of Macroom, as well as the people travelling from Cork to Kerry. Economically this road has great value,’ said Mr Martin.

‘Environmentally and pollution-wise this is a lifeline for the people of Macroom who have put up with far too much,’ he added. ‘Their  air quality will be enormously improved. It was also not safe with so many heavy goods vehicles going through the town, as well as the heavy traffic jams.’

An Taoiseach added that active travel and housing developments will come about due to the bypass and that it will also help businesses flourish in the town.

‘People were avoiding the town and now we might see people seeking out business opportunities, as there are big plans for developing the town,’ the outgoing Taoiseach added.

Vintage cars from the Muskerry Vintage Club were the first cars to travel the new road and the Taoiseach was invited to be a passenger in the first car to experience the new bypass.

County mayor Cllr Danny Collins described it as a fantastic day for Macroom which would now see the volume of traffic decrease by 40%, leading to improved quality of life for residents, businesses and visitors.

‘Now, the urban renewal of Macroom will begin, where motorists travelling between Cork and Kerry will visit the town and properly experience all that Macroom has to offer, without worrying about being stuck in traffic,’ said Deputy Collins. 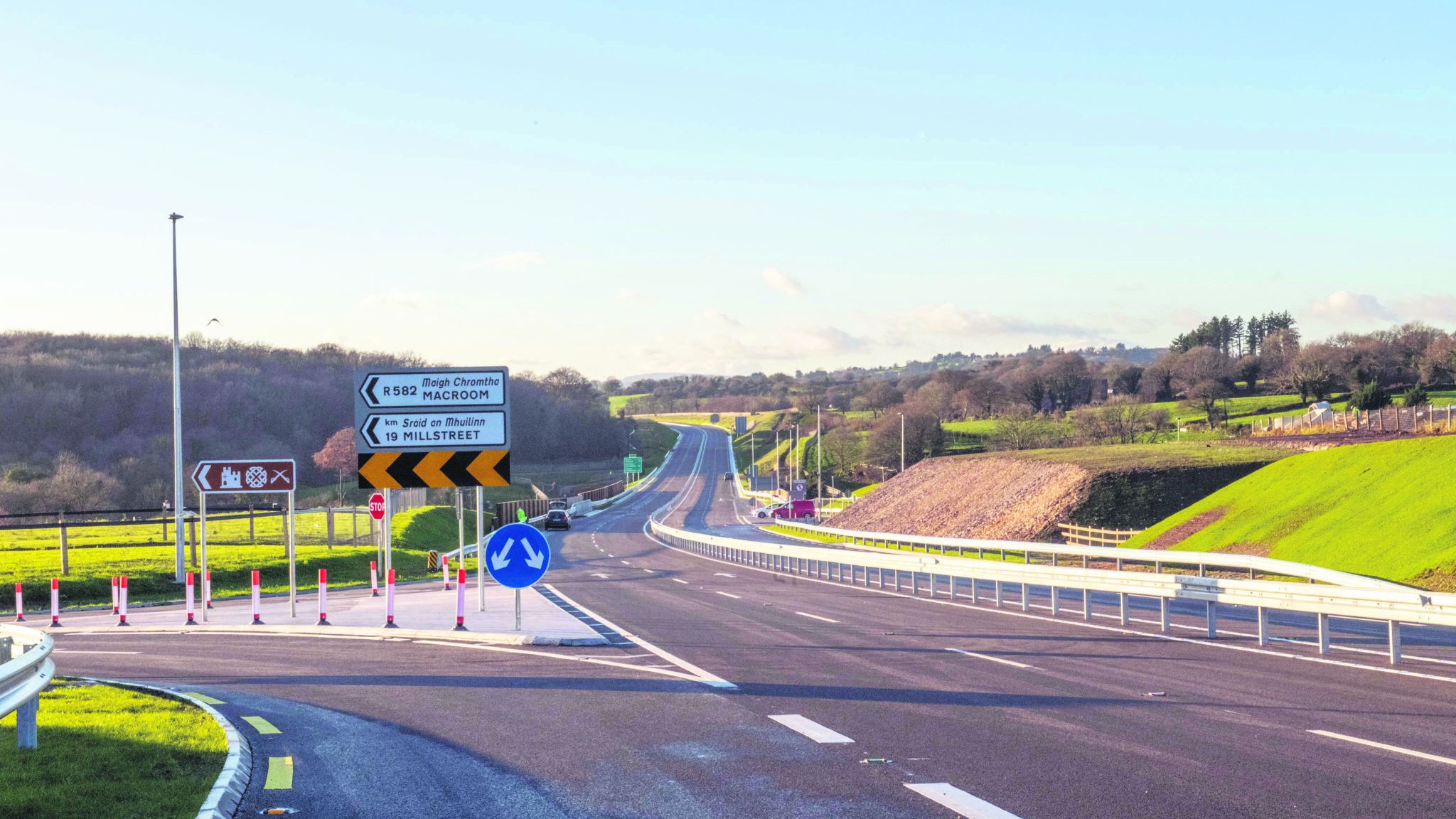 ‘This critically important scheme will improve road safety, journey times, remove traffic congestion and enhance connectivity between Cork and Kerry,’ he said. ‘This section, which is opening ahead of schedule, is testament to the hard work of all involved.’

Jons Civil Engineering and John Cradock were awarded the contracts in 2019 to develop the project which has total budget of €280m.

Neighbouring  Kerry TDs also attended the official opening including the Healy Rae brothers. Deputy Michael Healy Rae told The Southern Star that it was a good day for both Cork and Kerry.

‘We hope that Cork people will come to Kerry more now and spend their money there! It will make an awful difference, too, when it comes to the football, as we won’t feel half as bad when we beat Cork, as we know they now have a good road to travel back on!’ he quipped.

The new bypass road includes a roundabout at the tie-in on the eastern side of Macroom, a grade-separated junction at Gurteenroe on the western end of Macroom, and a temporary tie-in at Carrigaphooca, with the temporary roundabout allowing traffic to merge onto the existing N22. 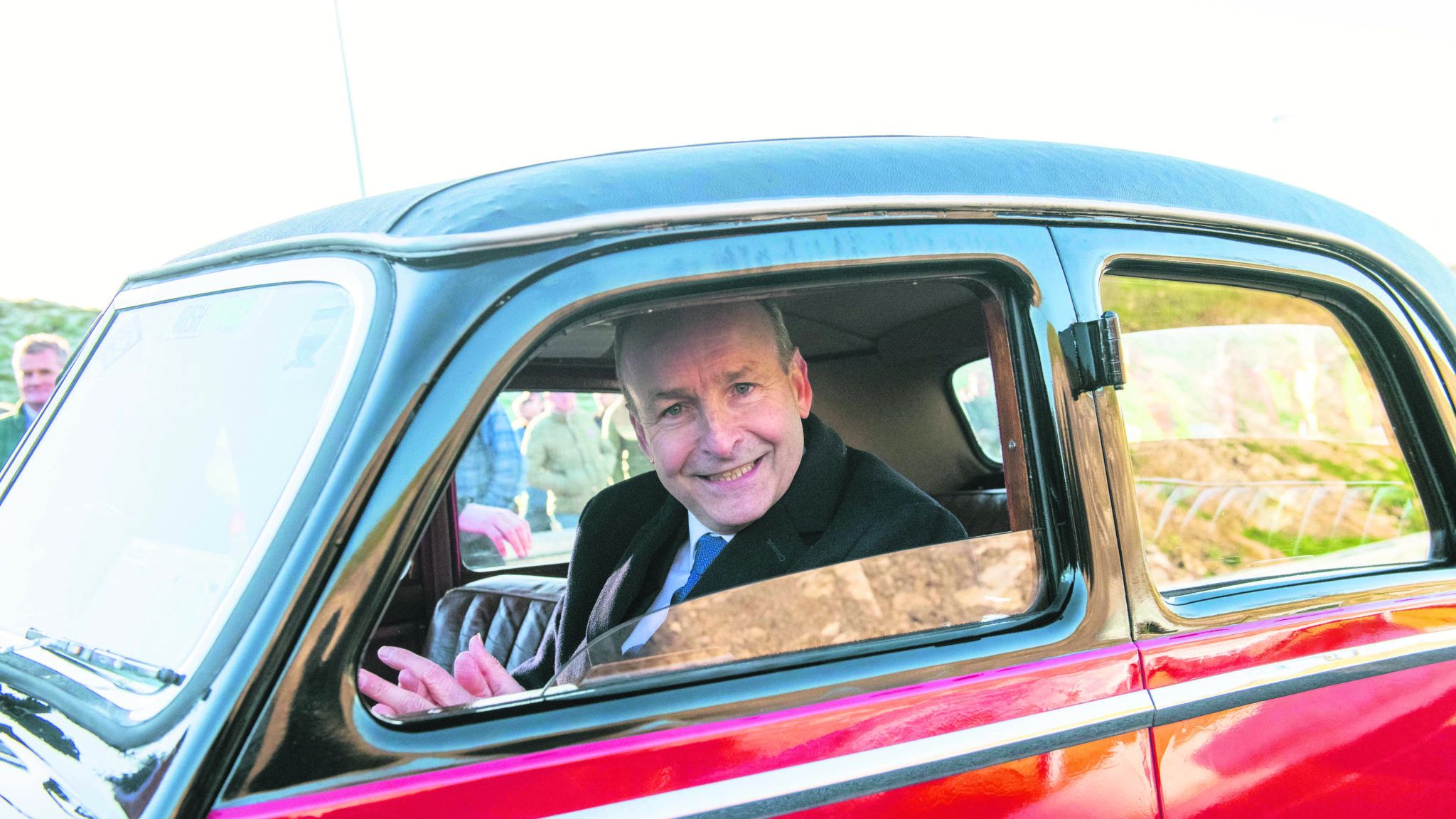 The Taoiseach is given a tour of the new road in Clondrohid man Lar Cummins’ 1953 Riley RME, a member of the Muskerry Vintage Club.