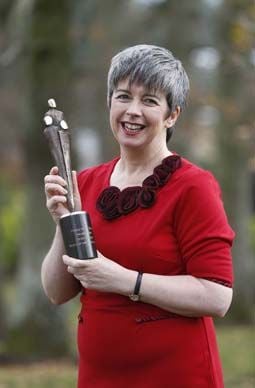 CAMPAIGNER Louise O’Keeffe has been named the Cork Person of the Year.

At a gala lunch in Rochestown, Cork this afternoon (Friday), the West Cork woman took the top award, having been named on the shortlist, which also included Dr Jason van der Velde of the West Cork Rapid Response group.

At the same event, Michael Flatley was made an ‘honorary Corkman’ – an honour given last year to Ballydehob-based actor Jeremy Irons.

Oscar winning actor Jeremy Irons said ‘Michael Flatley richly deserves his honour to mark the enormous cultural and tourism contribution he has made to his adopted county. He has been a great ambassador for Cork around the world.’

Louise O'Keeffe won the award for her long running campaign for justice for abuse victims.