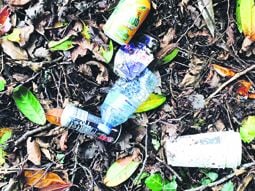 EACH person in Ireland created 586kg of municipal waste in 2013, according to the latest Eurostat figures. A report showed that 531kg of this was treated in the following ways: 34% was recycled, 42% was landfilled, 18% was incinerated and 6% was composted.

Ireland’s waste generation is above the EU average of 481kg for the same period, but ranks as a medium waste producing country, against the highest producer, Denmark (747kg per person). With less than 300kg of waste produced per person, Romania, Estonia and Poland are the lowest waste producers.

The 481kg of waste created per person on average in the EU in 2013 is a reduction of 8.7% compared with the 2002 peak of 527kg per person. Since 2007, the generation of municipal waste per person has constantly decreased in the EU to below its mid-1990s level.