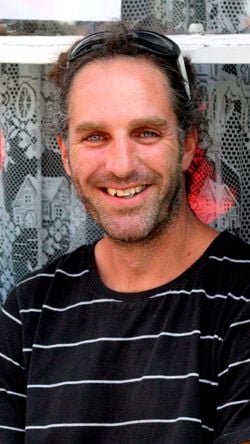 CLONAKILTY resident Jason Coniry will this weekend attempt to become the first person to compete in the Ocean to City race on a stand-up paddle board.

The experienced surfer underwent surgery only seven months ago, but is all set to paddle alone, among the many kayaks, in this special race.

The former US lifeguard is very experienced on water, and has surfed in locations from Indonesia to South Africa. Jason is hoping his race attempt will raise money for West Cork AOK, a new cancer support charity based in Clonakilty.

‘I threw the idea of doing the race on the 14ft paddle board to Joya of Ocean to City, and she talked to the organisers who were willing to let me do it. Hopefully, it will open up for next year, as there is huge interest in it,’ Jason told The Southern Star.

‘I actually paddled the course last week to see what it was like and it was more challenging than I thought, as the currents were stronger than I expected. Wind will be the big factor on the day.’

Jason’s hope is that his attempt to complete the shorter 13km route from Crosshaven to Cork will open up the sport to more people. ‘I grew up in Little Island and to be out on a paddle board in Lough Mahon is amazing. People should be using this area more for recreational activities.’