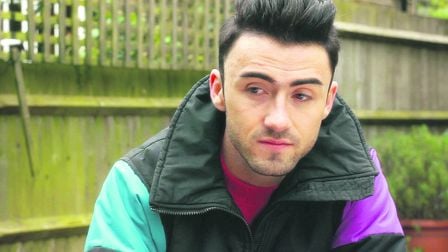 WITH One Direction fans still reeling from the news that their favourite band is expected to take an extended break from March next year, the show will most definitely go on for Kinsale’s Jamie Searls who is a member of tribute band, Only One Direction.

The band played Trabolgan earlier this week and they have never been as busy.

‘Things weren’t as mad as when Zayn left the band earlier this year and because I play Zayn, then obviously people were wondering would we remain a five-piece but we have continued to do that,’ said Jamie speaking to The Southern Star.

The demand for a five-piece One Direction tribute band shows no sign of abating and Jamie feels that fans still want to see them as a five piece.

‘We can’t complain at all and we’re in the middle of a tour at the moment and our most exciting news is that we’re heading to the West End for a brand new series of shows in October – a dream for me as I’ve always wanted to play the West End.’

The former Kinsale Community School pupil is delighted to be home for a short visit to see his family who run Landfall House in Kinsale.

Jamie not only sings with Only One Direction, but he also sings solo as well, as presenting a regular radio show every Saturday on Reprezent Radio in London.

‘I released my debut single, Doing Time back in April and I was delighted with the response from that. I also had four remixes of it done by underground DJs which were popular in the clubs here in London. I have another track Alone which has been remixed by Mark Radford and has already been played at the Ministry of Sound and is set for release at the end of the year,’ he added.