AS the country commemorates the historic events of January 1922 this week, weeks after the signing of the original Anglo Irish Treaty, The Southern Star takes a look back at how the newspaper reported the events at the time.

One of the more controversial headlines appearing in the paper this week in 1922 reported the ‘Terrorists’ Exit’, as it referred to the departure of the ‘J’ company of auxiliary police form Macroom the previous Friday.

Under the headline ‘Irish Unity’ we learned, via the Press Association service, that ‘Mr 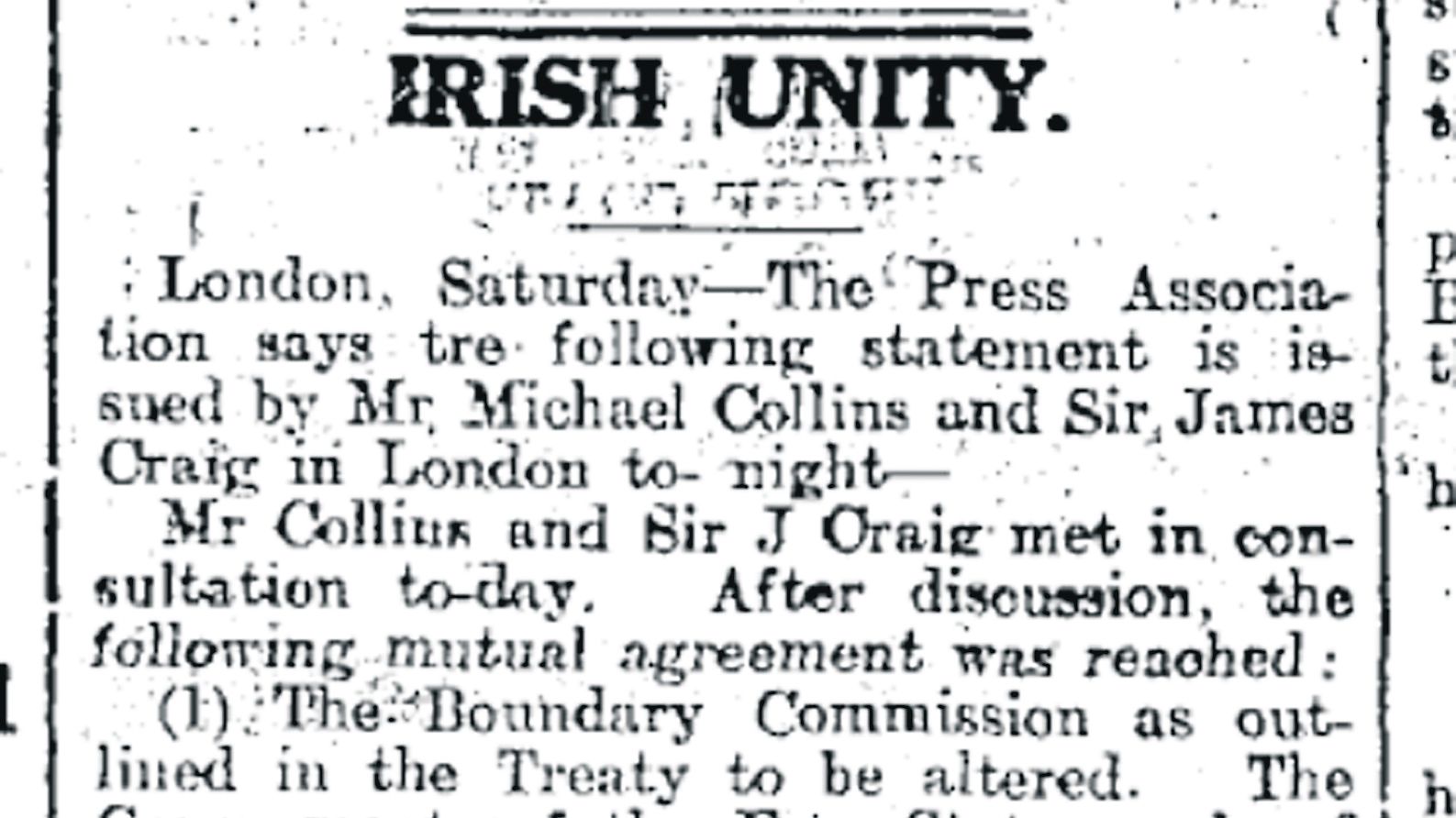 ’ and ‘Sir James Craig’ had issued a statement and, in another under the headline ‘New Constitution’ it relayed a report from the Evening Telegraph which ridiculed rumours from ‘London journalists’ that the new Constitution would be written in the British capital, adding it would be ‘drafted not here [London], but in Dublin.’ 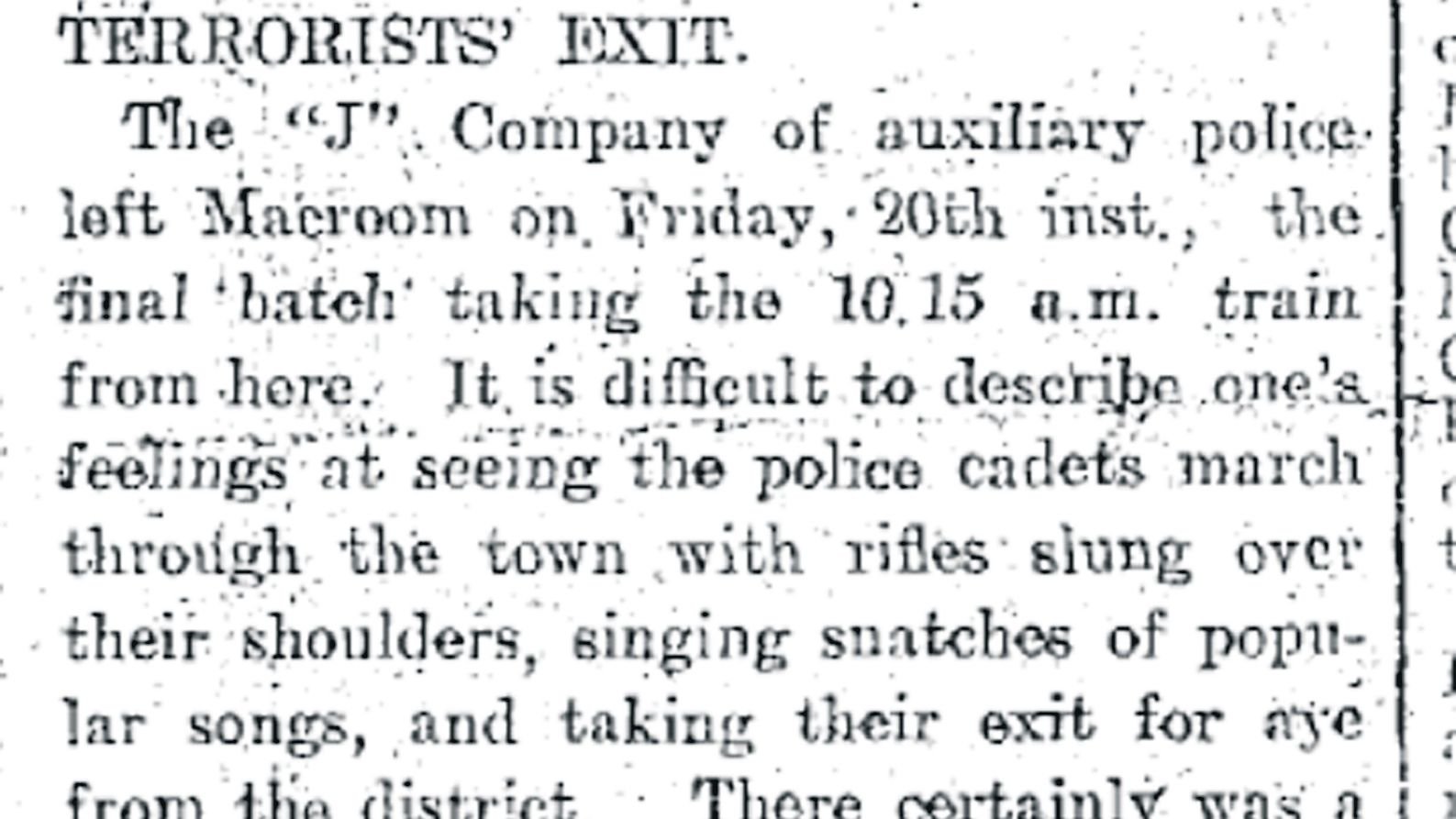 An advert for F O’Neill’s watchmakers and jewellers in Dunmanway sampled the mood of the time under the heading ‘Peace in the Land and Music in the Air’ to sell gramophones ranging in price from £2 10s each. Among the ‘songs of our land’ that could be heard on said gramophones were Soldiers Song, Fears of an Irish Mother, Danny Boy, Mother Macree, Boys of Wexford, and Wrap the Green Flag Round Me, to mention but a few, giving the reader no doubt about the political flavour of the time.

The records were priced at 2s 6d each, and 12 or more could be sent to an address ‘post free’.