Kristóf Baráti, the Hungarian violinist, will perform in Cork

The Irish Chamber Orchestra and the Irish Baroque Orchestra Chamber Soloists are just two of the acts performing at Forte Festival, the first classical music festival in Cork city in a decade. 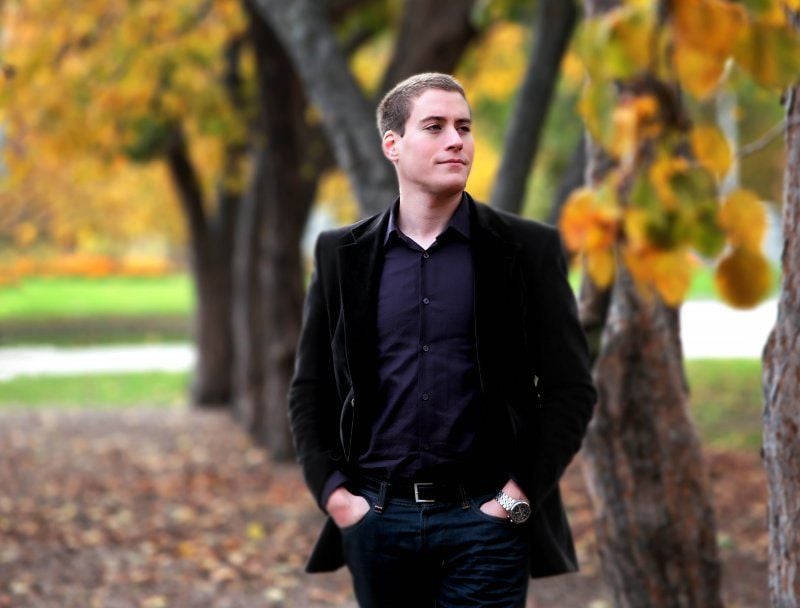 Kristóf Baráti, the Hungarian violinist, will perform in Cork

THE Irish Chamber Orchestra and the Irish Baroque Orchestra Chamber Soloists are just two of the acts performing at Forte Festival, the first classical music festival in Cork city in a decade.

Forte Festival is organised by Cork Orchestral Society and runs from Thursday, March 5 to Sunday, March 8 in venues across the city. The programme features two headline concerts, five fringe concerts and a series of free public pop-up events in venues such as the Mercy Hospital and the GPO.

Among the highlights is the appearance by Grammy nominee Monica Huggett, one of the best-loved violinists the UK has ever produced. Her performances with the Irish Baroque Orchestra have delighted Irish audiences for years and she will perform a concert of seventeenth-century Italian-style music with the IBO Chamber Soloists to open the festival.

Another highlight is the concert by the Irish Chamber Orchestra on March 7. Gábor Takács-Nagy - one of the most authentic exponents of Hungarian music working today - will direct the orchestra in the Divertimento by one of his favourite composers, Béla Bartók.

The concert also features the young star violinist, Kristof Barati, celebrated by Bachtrack as one of the most sought-after violinists in 2015.

Cork Orchestral Society are presenting Forte Festival to celebrate the thriving music scene in the city and to bring orchestral music to new audiences.

'We are bringing music into public places and business premises to animate the city,” says the society's chairperson, Nicki ffrench Davis. “Forte Festival is an invitation to the community to experience together some of the most moving and inspiring music around, whether in a concert hall or in our daily lives.

“The Irish Chamber Orchestra and the Irish Baroque Orchestra have selected the festival for their national spring tours, making an event of this calibre possible at really affordable ticket prices. We are truly honoured to be able to offer two of the most amazing groups of musicians in our headline concerts, particularly when both are coming to us with world-class guest soloists and leaders.”

Cork city is renowned for its classical music tradition, in large part thanks to its rebirth in the mid-twentieth century, driven by the late Aloys Fleischmann. The result today is a world class conservatoire in the CIT Cork School of Music and a community of resident musicians that would be the envy of many larger cities.

Fleischmann was also instrumental in the birth of Cork Orchestral Society almost 80 years ago. The society today boasts several hundred members and is the principal promoter of classical concerts in the city, hosting at least twenty classical concerts each year. In presenting Forte Festival, the society aims to promote its activities to a new audience by showcasing some of the very best music in a festival setting.

Limited weekend tickets are still available for €50 and a double ticket for both headline concerts costs €35. Both are available from the festival office at Civic Trust House. Individual tickets will be available on the door at each concert. For more details see www.fortefestival.ie.

The Chapel at Griffith College

FREE PUBLIC PROGRAMME:
Details of the free trail of pop-up concerts will be announced in a separate press release soon. The programme will feature the Collailm Duo (originally from Cork) among other artists:

Karina and Aiveen Gallagher combine their skills and expertise to form the violin and viola ensemble ‘Collailm Duo’. Since the Duo’s debut in 2014, they have performed in Lithuania, Italy, Poland and France, were awarded the prize of ‘Francesco Caramia’, a scholarship to take a residency at the world renowned Banff Centre and were added to the artist roster of ProQuartet, Paris. Lauded for their phantasy, expressiveness and flair on stage, they have received guidance from Gary Hoffman and Bruno Giuranna. Inspired by the many countries in which they have lived and studied, they perform an eclectic mix of compositions.