Signs like this one in Courtmacsherry, have recently appeared, targeting holiday home owners.

CORK South West TD Holly Cairns has called on the people of West Cork not to take the law into their own hands in relation to people visiting or staying in the region during the Covid-19 crisis.

Fears had been expressed ahead of the recent bank holiday weekend that people were coming from other parts of the country to stay in their holiday homes in places like Schull, Baltimore and the Beara Peninsula.

However, following a garda crackdown boosted by emergency powers this did not materialise and gardaí reported that there was a high compliance of people staying within their 2km zones.

The Social Democrat TD was responding to one particular  picture that she posted on her Facebook page of a poster that was in Courtmacsherry which had a picture of a gun and said ‘If you live more than 2km from this sign, you will be shot.’

‘I understand that everyone is worried. Social distancing and isolation are hard, we all want our sacrifices to pay off and we know a collective effort is required for this to happen,’ said Deputy Cairns.

‘Without clarity on how long we’re in this for and news of some people not following the guidelines, a sense of watchfulness and hostility can grow. I want to put the call out to people to take care of themselves and each other.’

She called on people not to take the law into their own hands. ‘Don’t assume people are or are not local and should or shouldn’t be here. In many cases, the D-reg cars  or unfamiliar accents are residents.’ 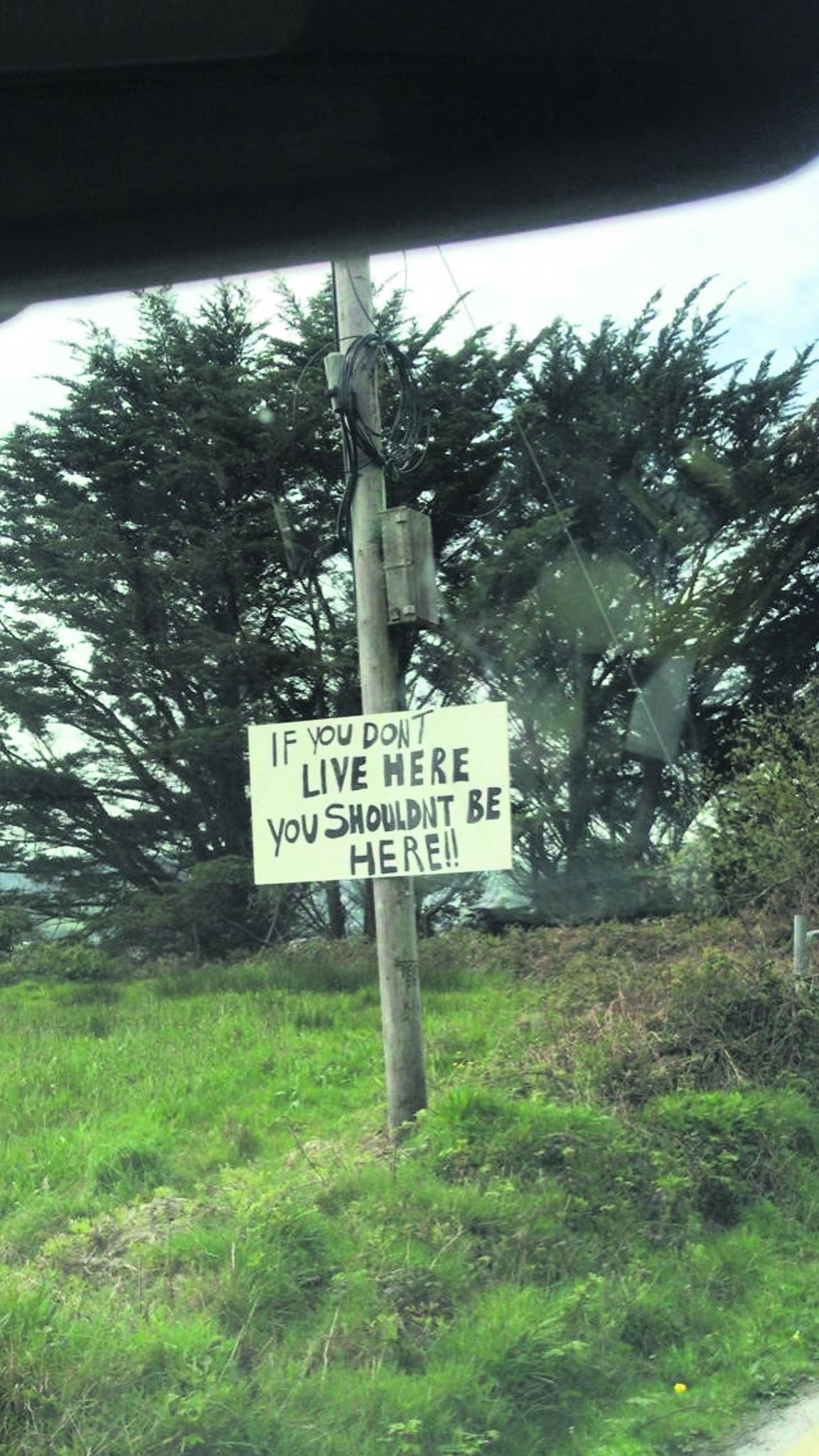 Deputy Cairns also highlighted what happened to the owner of a campsite in West Cork. ‘Someone had called gardaí based on rumours to say that they were open. They weren’t and had no intention of opening until it’s safe to do so. Rumours like that can damage a business and waste garda time. Let’s lead by example and let gardaí take care of the rest and let’s keep it  friendly –  that’s the West Cork everyone knows and loves.’