A Dunmanway learner driver who crashed his car after drinking, injuring one of his passengers was fined €3,500 as the judge said the four young men in the car that Christmas night were not just carefree, they were careless. 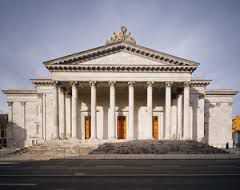 A DUNMANWAY learner driver who crashed his car after drinking, injuring one of his passengers was fined €3,500 as the judge said the four young men in the car that Christmas night were not just carefree, they were careless.

Judge Donagh McDonagh said the four young men on a night out never allowed for the possibility of tragedy and that, like a lot of young men, they felt unassailable and bulletproof. The judge said the crashed van was never suitable for carrying a driver and three passengers.

James Lordan, 20, of Droumdrastil, Dunmanway, pleaded guilty to charges of dangerous driving of a car, causing serious bodily harm to William White on December 21 2013 at Inchincurka, Dunmanway, and driving while there was a quantity of alcohol in his body exceeding the limit for a learner driver – more than nine microgrammes of alcohol per 100 millilitres of breath.

Lordan was fined €3,000 and €500 respectively on the charges, and disqualified from driving for four years.

The judge said this week that there was no evidence of dangerous or gross misbehaviour, and he said the single vehicle accident seemed to have occurred out of momentary inattention, notwithstanding the horrific consequences for Mr White who was so seriously injured he can no longer feed himself or stand up without the support of others.

The judge said imprisoning the motorist would achieve nothing by way of punishment or rehabilitation of a defendant, who was remorseful and also suffering the consequences of his actions.

Garda Colette Twomey said the injured party was in the front of the Toyota Corolla sitting between the two front seats without a seat-belt.

He was thrown out through the back window after the car was driven around a right bend. The car appeared to over-correct and crashed into a ditch and a stone wall. Mr White sustained extensive injuries.

William White’s father, Michael White, said in a victim impact statement on behalf of his son and the White family that since this accident the family celebrated William’s 21sth birthday with him at Cork University Hospital but that William had no recollection of the event.

He suffered extensive injuries including serious head injuries and was brought from the scene of the accident to hospital that morning at about 2.30am unconscious.

Mr White said there was no hope given to the family at the start. William was in a coma for five weeks.

When he regained consciousness he could not talk or understand what was being said around him. ‘He has begun to say a few words. He cannot stand up or sit up. He cannot feed himself. He has to take fluids by the spoonful,’ he said

Mr White said his son loved his girlfriend and was very happy in the apprenticeship he was serving with his work but that now his life had changed beyond measure and he would need 24-hour-a-day care into the future.

James O’Mahony, senior counsel for the defence said the accused was deeply sorry and had harboured suicidal thoughts since the accident.