A John Hinde tableau it is not. The situation in Bantry is attracting unfavourable comment from tourists, according to Cllr Danny Collins.

JOHN Hinde’s postcards depicting ginger-haired children petting healthy donkeys would be out of place in Bantry, according to a local councillor, who is determined to see two neglected donkeys receive better treatment.

Independent Cllr Danny Collins said he is not the only person who believes the animals, who have been put out to ‘pasture’ on a barren Council-owned site, need better conditions.

A reader of The Southern Star sent photographs showing the rocky ground conditions, an unsanitary looking water trough, and evidence of some type of earth works taking place on the site. 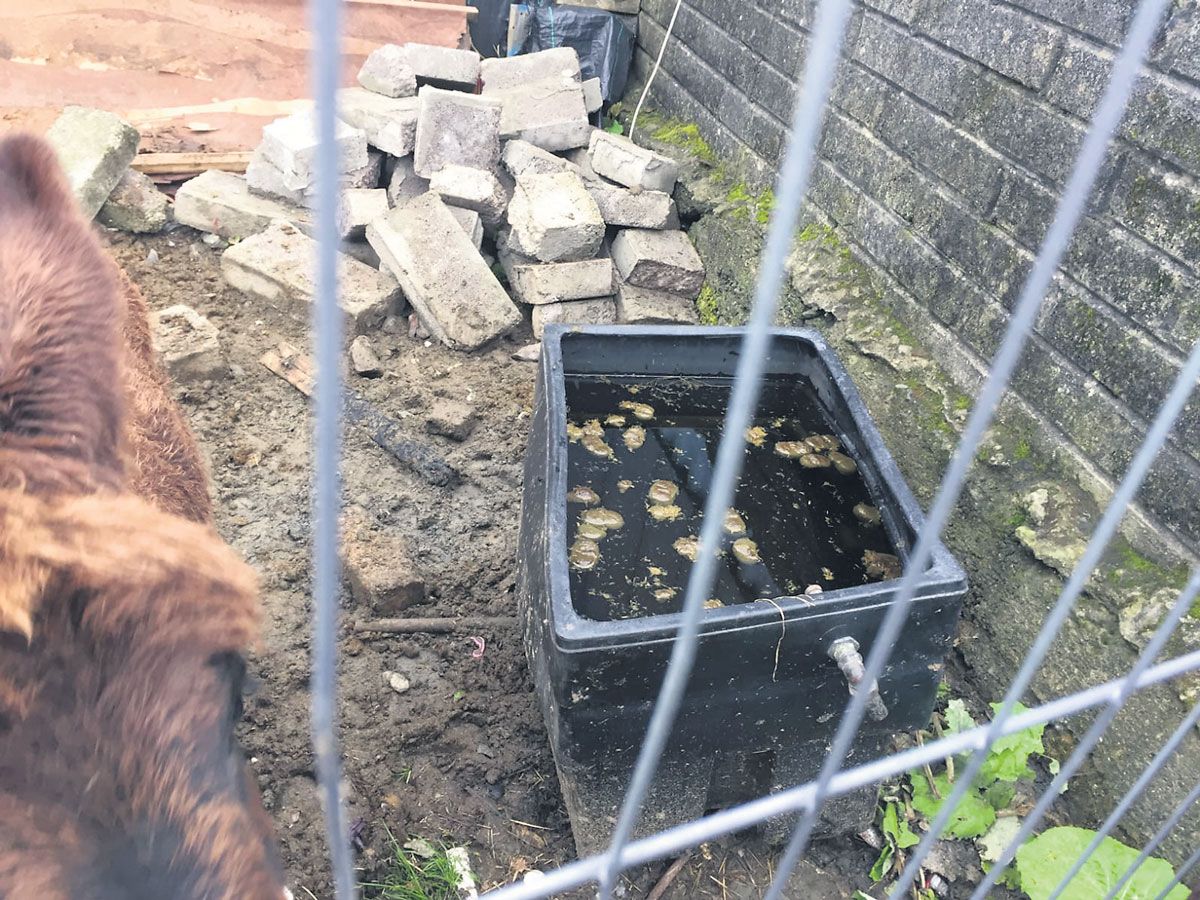 A request for information, and confirmation that a Council veterinary inspector recently visited the site and deemed the donkeys to be healthy, was submitted to Cork County Council and The Southern Star is awaiting a response.

Cllr Collins, who has raised the issue several times, said: ‘I am constantly being contacted by residents and people visiting the town who are desperately concerned about the welfare of these donkeys.’

The councillor is of the opinion that they are not situated in a good environment. ‘How could it be good?’ he asked. ‘There’s no grass, no field. These conditions cannot be good for their health or well-being.’

Cllr Collins said he has asked Cork County Council numerous times to check this out and ‘to be honest the answers I am getting back do not add up.

‘What the people of the town are saying, and what I am seeing on the ground, is pitiful. It’s just not good enough. The ground conditions are bleak and the water supply looks unsafe.’

The councillor said the site and the state of the donkeys are starting to attract adverse comments from tourists, too.

‘For years, postcards by John Hinde of donkeys drawing turf carts were used to symbolise the natural beauty of Ireland.

‘Now visitors to the town just have to look over a wall to see two animals housed on Cork County Council land in conditions that could only be described as sad and dispiriting.’ Although he has raised the issue many times, Cllr Collins said he will not let it rest until it has been properly addressed by the Council.

He said questions about where there is compliance with regard to equine control legislation, such as microchipping and passports, also need to be addressed.