Kevin O’Brien from the UK and Clonakilty and his sons, Kevin and Shay, pictured with the 1968 JCB mark 2 and a Massey Ferguson 200B crawler with back actor.

DURING the Covid-19 lockdown, Kevin O’Brien from Clonakilty and his young sons, Kevin and Shay, passed some of the time by cleaning and maintaining two rather special items of machinery that they have.

Both vintage machines – a JCB mark 2 and a Massey Ferguson 200B crawler with back actor – were bought new and registered in the UK in 1968 by Kevin’s father, John O’Brien, originally from Clonakilty, who ran a successful construction business in England for a number of decades and is now retired and living back in his hometown.

The machines have now been passed down to his son, Kevin O’Brien, who plans to pass them on to his sons in due course, which will keep them in the family for at least three generations.

According to Kevin, who contacted JCB’s main headquarters in the UK, his JCB mark 2 is the oldest such one-owner machine in the world that they are aware of. As regards the MF200B, Kevin commented, ‘it would be fair to say that there is hardly any of these left, especially in mint condition,’ adding that ‘Both machines are in excellent condition and both are operating perfectly.’

He recalled how his father, John O’Brien, left Clonakilty in the 1950s to emigrate to England with his brothers Mick, Eddie and James, whilst his other siblings, Connie and Mary, worked in Ireland. John had played senior football with Clonakilty and, along with his friend Mol Driscoll, returned briefly from the UK to play for Clon in the 1952 county final, which they won. 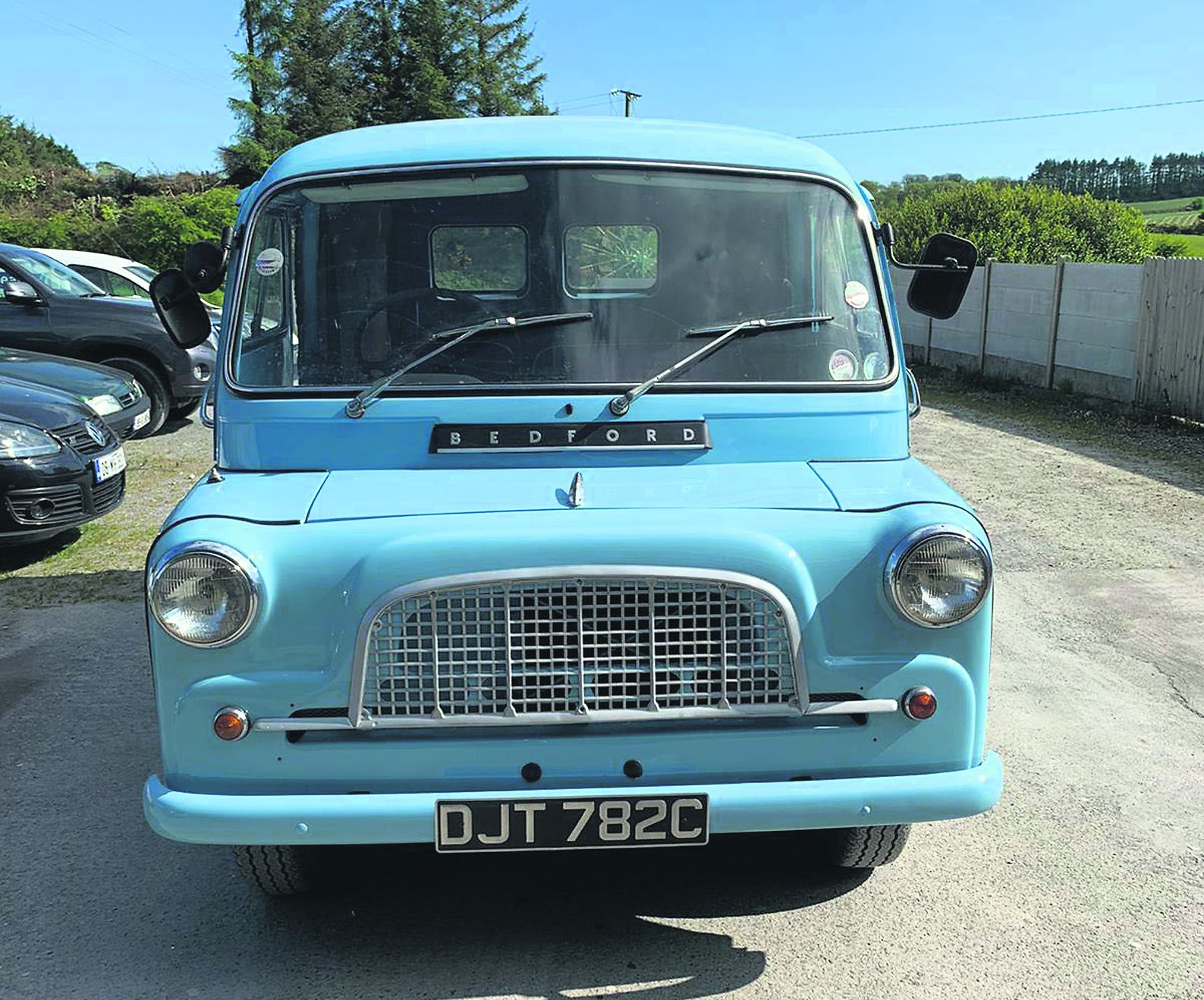 The family’s 1965 Bedford CA panel van, which is also in pristine condition.

He continued his GAA involvement in Willesden in London, where he was a founder of the GAA club there. John O’Brien was also chairman of the Clonakilty Association in London, which helped people from West Cork find work when they arrived there and Kevin remarked: ‘There are still many people living in West Cork who say how my father and the association helped them find work and get accommodation in the UK.’

The two machines were the first ones John bought to start his construction business in the UK, which his son Kevin now runs. Kevin drove both for the construction business and they are still used around Kevin’s premises in Clonakilty. Whilst it is easy enough to get parts for the JCB, he said, it is nearly impossible to get any for the MF200B.

Kevin also has the use of his father’s 1965 Bedford CA panel van, which was used to transport men to and from work and for taking the family away on holidays. It is still kept in pristine condition by him and Kevin often takes the van out in Clonakilty for a spin with his family in order to keep it ticking over.

Whilst driving around Clonakilty one day, he was stopped by Michael Lyons who informed him that it was the same van he drove around London when he was working for John O’Brien in the UK.

Kevin took Michael for a spin in the van around Clonakilty and Michael said it was as good as the days he drove her, which were 50 years ago.