THERE were some comments that the Suzuki Swift was ‘a bit old-fashioned’. To an extent, that may be true. After all, the essential shape goes back to 2004, and while it is now in its third generation and larger, the designers have been consistently adamant that they wanted the style cues of the original to be maintained.

So, even with an update in 2020 to this version introduced almost five years ago, it does look like it has been around for a long time. That said, I still like the style, and it has the added benefit of being one of the few superminis that I can get into without scraping my head off the door opening — thanks to the somewhat upright A-pillar, I guess. My take on Swift is a more practical style, without having to go SUV.

I liked the details front and rear, and the tidy rear doors handles inset and located high up on the door frames. It’s not sleek and sassy, but to be honest I’m still quite happy with Swift exterior in aesthetic terms. 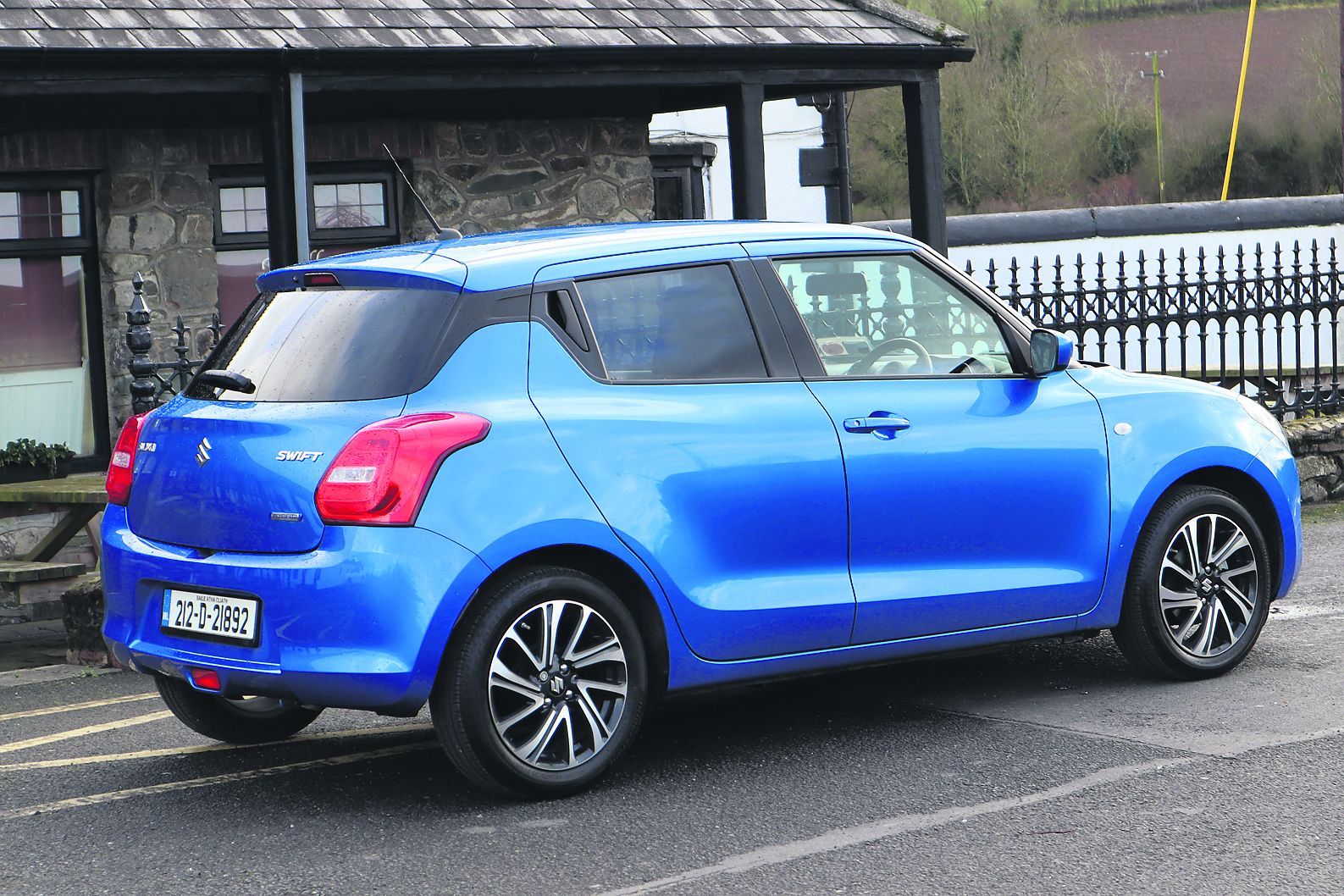 Inside, it’s a fairly traditional design. Two big analogue dials in their own binnacle in a reasonably pleasant dashboard style. Decent materials, and the de rigeur centre dash touchscreen.

The screen is not as visually strong as in most other makes, but the overall simplicity is good.

My regular passenger didn’t like the finger-slide operation of the radio volume on it, but at least under the screen are proper heater-ventilation control knobs. And as driver I can control volume on the steering wheel anyway.

The car’s height makes for headroom comfort for all, the seats are up to good standard, and over my time in the car never contributed to any aches. The cargo area was big enough for me to be able to take my lawnmower for a much-needed service, albeit with the back hatch open for the short trip. 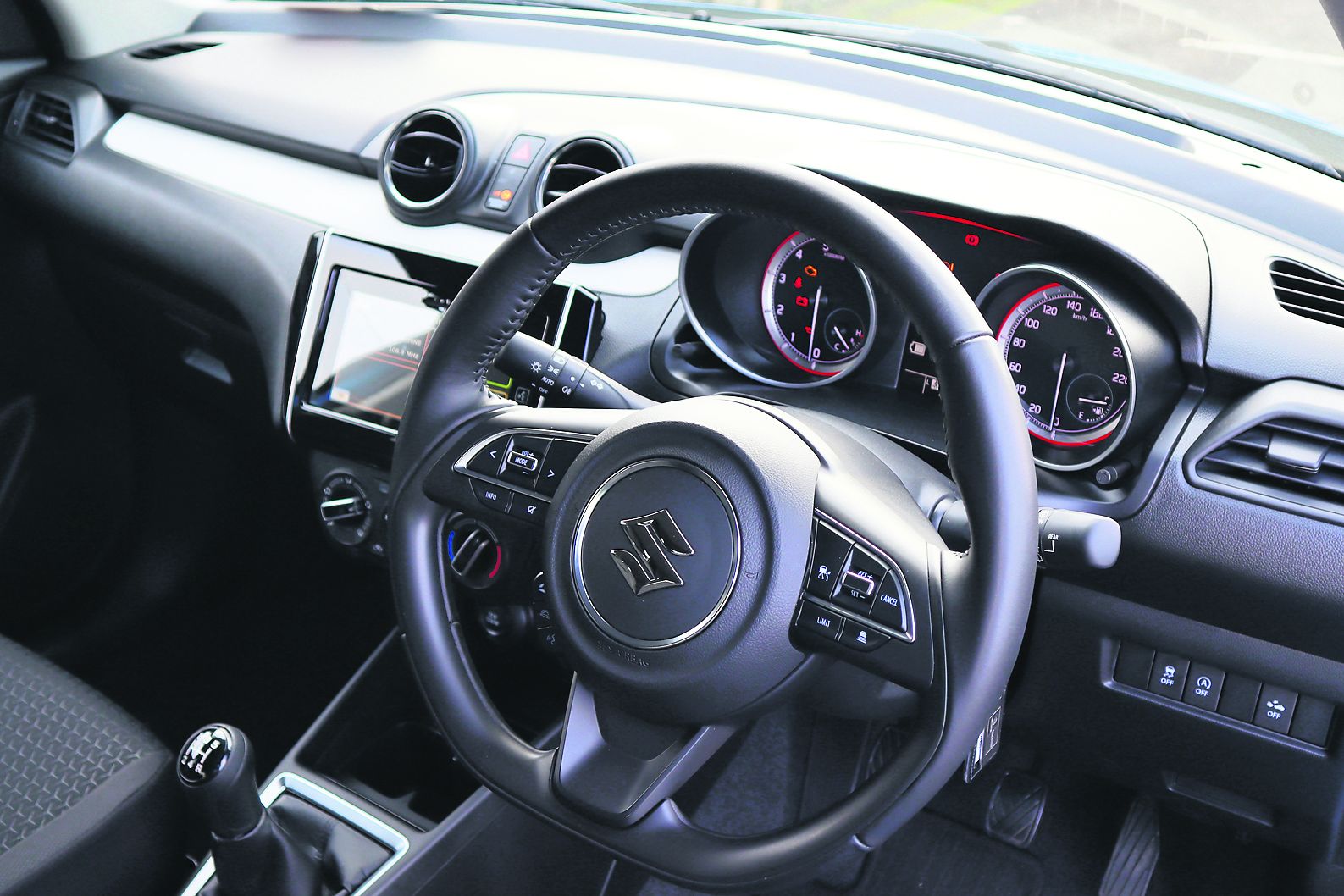 One of the reasons to get into the Swift again was the engine change that came with the tweaking in 2020. Still, the familiar 1.2 petrol that has powered Swifts in a variety of guises, but now with a bigger battery in its mild-hybrid version, the only kind now available in this part of the world. As with all MH systems, the electricity recovered on coasting and braking is not used at any stage to drive the car, but is reused in acceleration, getting better punch at no cost to the fuel consumption. That’s not to say the Swift SZL Hybrid is a rocket in the 0-100km/h — it’s anything but at a little over 13sec.

But it feels reasonably perky, and a combined fuel consumption estimate of under 5L/100kms certainly seemed to be borne out while I had the car.

An issue did seem to be interior noise. This is always a subjective thing, but it did sound like the engine and road noises were not as filtered out as in some other competitors.

It was something I quickly forgot, but it was also mentioned by my passenger so maybe it wasn’t just my own imagination. Given the varied and often indifferent road surface conditions here, I think we have no consistency in road noise anyway.

My review car had a five-speed manual that worked very neatly with the engine characteristics. There’s an automatic CVT option.

Bottom line, I still like the Swift, not least for its various everyday simplicities. It’s good value too.

What I like: That it doesn’t pretend to be more than it is.