The Clancy family with dog Alf on their Bealad farm which features on the new Tesco TV ad.

A CLONAKILTY family is  starring in a TV ad for Tesco where the family’s angus beef is showcased.

The Clancy’s, based at Courleigh, Bealad, were selected to feature in the commercial by the supermarket retailer as part of their initiative to support Irish suppliers.

John and Anne, along with children Laura (23), Darragh (15), Shane (12) and dog Alf all feature in the ad, with Laura taking centre stage and described as a ‘beef farming fanatic.’

Laura was in her final year of business management at the former CIT last March when the pandemic hit, and finished out her degree remotely from West Cork.

Since then, she has played a major role in the day-to-day running of the mixed dairy and beef farm with her dad and brothers, while mum Anne has continued her work in healthcare. 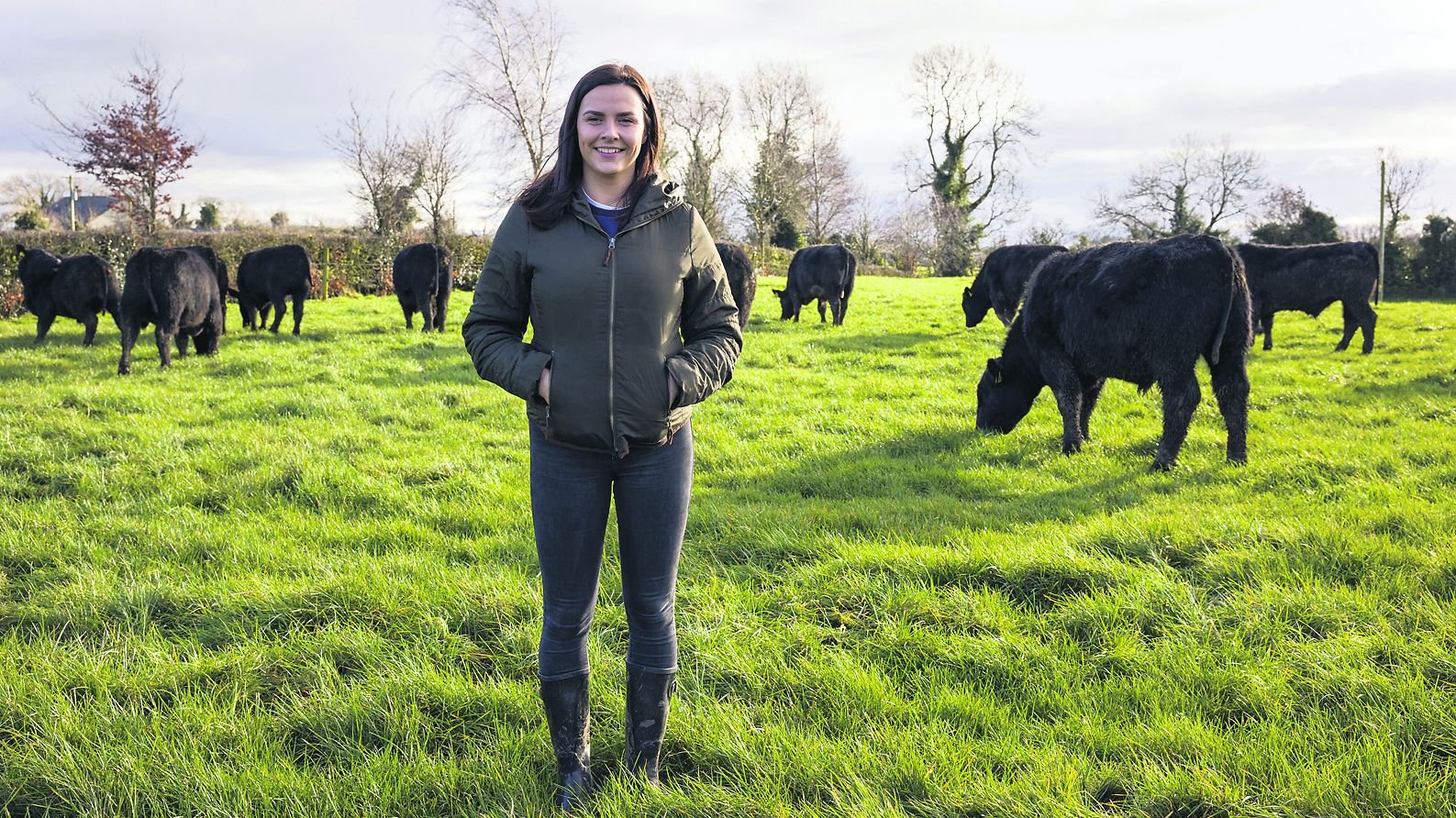 Laura has enjoyed helping on the farm during the pandemic. (Photo: Liam Murphy)

Back when Laura was in TY, she was part of a group who won the first ever Certified Irish Angus Beef School’s Competition. Following on from that she was involved in some promotional videos with the Irish Aberdeen Angus Producers Company, and it was through those connections that she landed the prime TV slot which is one of several ‘Food Love Stories’ from Irish suppliers who produce quality products for Tesco Ireland.

Poignantly, the ad was released around the time of the anniversary of the death of her granddad Tom who farmed at Courleigh before them.

‘He would have been delighted and really proud of us,’ said Laura.

She said she absolutely loves farming, and really missed not being involved while in college.

‘This is a very busy time of year, we’re all involved and it’s a good team effort. The past few months have given us a great opportunity for us all to get involved in the farm,’ she said.

She’s also worked in Fernhill House Hotel since she was 15 years old, and continued there in different roles when restrictions were lifted at various stages.

While she enjoys farming, she doesn’t have an ambition to take over the family farm, and plans to travel when restrictions allow.