A THING I noticed when I was driving the Mazda MX-30 small electric car had nothing at all to do with the vehicle. It was the number of insects that were ‘splatted’ on the windscreen after just a few days driving. That gave me a good feeling. Not because I had eliminated a few hundred tiny beings, but because it showed they’re back.

For a few years there, maybe much of the last decade, there was little evidence of high numbers of insects during my motoring. Indeed, European studies showed a worrying decline — the figure of 40% is in my head — and the lack of pollinators did not bode well for the rest of us. But maybe the message has been getting home, less use of insecticides and all that, and the populations are back.

To the car. Some really good feelings here, too. Among them it being an indication of the growing number of electric cars becoming available (I’m in another one as I write this, VW’s ID.4). I think it’s a good thing, even if their economics for the makers are still probably in the red. Scale will fix that. 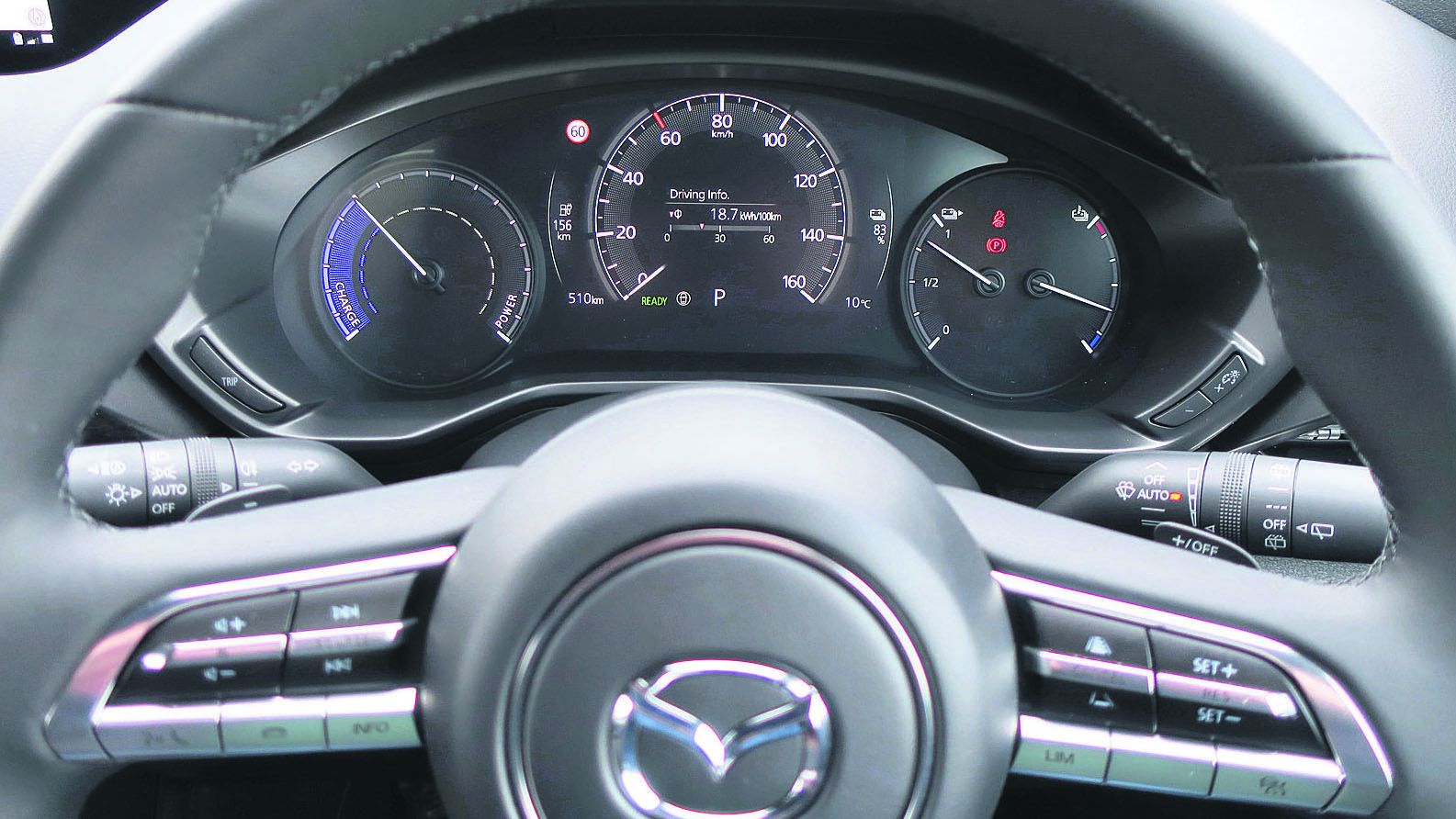 The MX-30 is an interesting shape. There’s something retro about it, though it also feels right up to today in style. The coupé rear gives it a sportiness, maybe that’s why they gave it the ‘MX’ designation which had previously been reserved for the iconic small roadster. I’m not sure how the front design works — from straight on it does, but from the side there’s a ‘notch’ effect, and I suspect it’s a grille space that will catch more than its own share of insects. The rear is very good, the tubular elements in the lights suggesting an interpretation from the Cadillac Cyclone concept of the 1950s. Retro, remember? 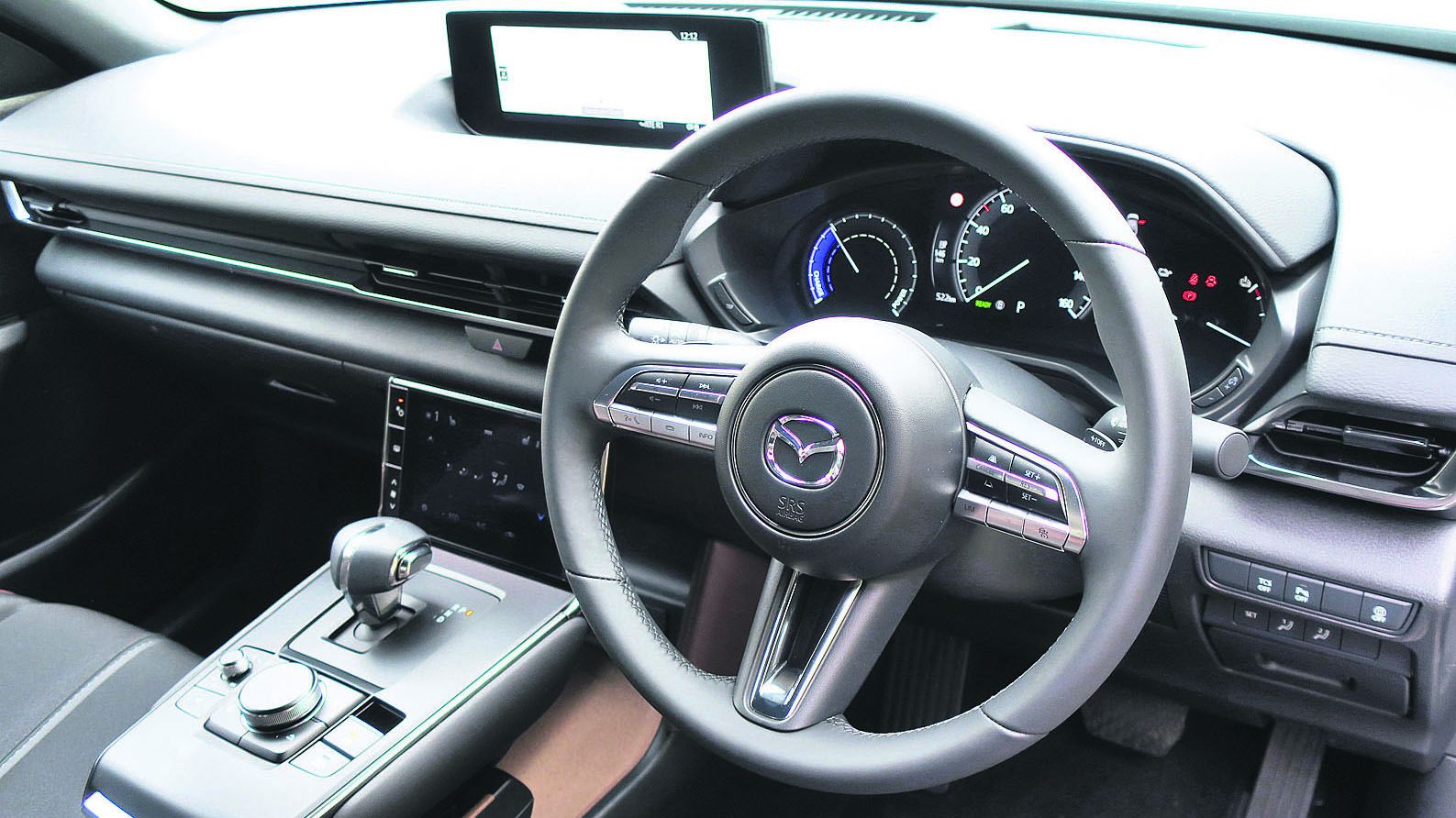 For a few moments I was puzzled by the back doors. Opening them, that is. Then realised they are rear-hinged. The idea being that it’s supposed to be easier to get into the fairly limited rear seats. And this is where Mazda may have made a, very rare, mis-step. Such doors are complicated, heavy and expensive. They might have been better to stick with a more usual design. Anyhow, in those rear seats it’s kind of dark and cramped. It IS a small car, meant for urban use.

For the front occupants the MX-30 offers a premium space. The interior fit, fittings, and finish is flawless and of a standard that would be acceptable in brands and models costing multiples of this one’s price, hefty as that is. It also was the First Edition spec, which added stuff like electric-adjustable driver’s seat, special seat trim, enhanced headlights tech and some trim upgrades. All in all, it was a very good place to be. 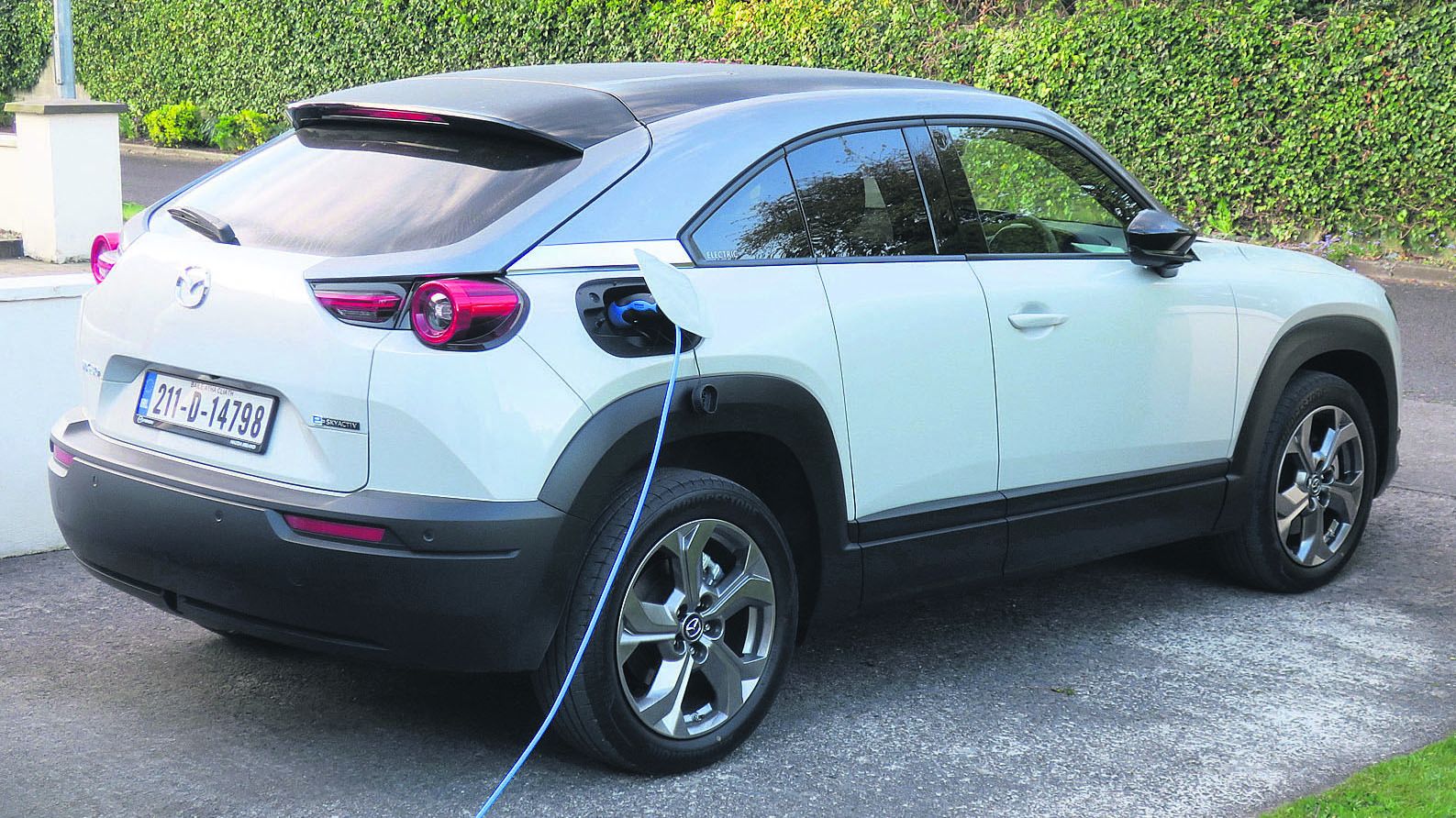 The MX-30 comes with a rated range of around 200kms, getting maybe 30pc more than that in all-city driving. That’s a small range in the context of other cars today, though Honda have done the same with their e. Both cars are designed to be for mainly urban use. In fairness, though I live in the country, the range worked out okay for me. Anyone analysing their daily car use will find that 100kms in a day would be at the upper average. I simply plugged the thing into my 13A outside socket every evening, and only once in the week had I used a tad more than 50pc of charge. 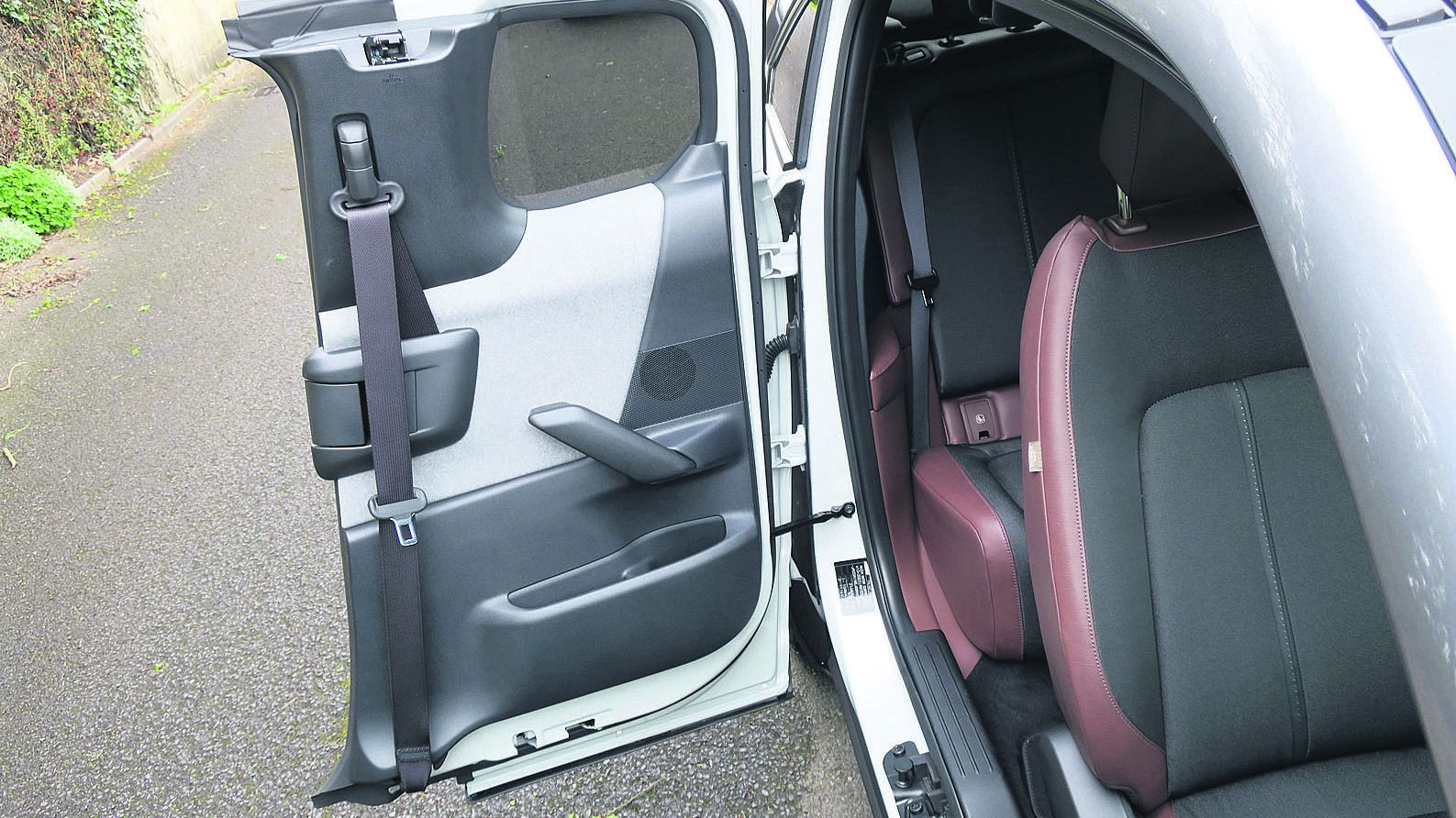 I find all EVs fun enough to drive ... I’m not one who needs a roar of a high-powered traditional motor to give me a buzz. The MX-30 is fun in its own way. All the usual safety and comfort tech, including active cruise control. If there are just two in the family, with little or no need for those back seats, it’s a good consideration. If you need family transport, there are others to look at.

Me, I just put the back seats down and used it as a two-seater sporty car with a very large boot.

What I like: It would suit today’s lifestyle for me.