I HAVE noted before in these columns that 2021 was a year of many Mercedes-Benz new cars for review. Perhaps in 2022 it’s going to be another carmaker’s turn to dominate the space, but in the meantime it seems fitting that I finish out on the flagship of the range, the S-Class.

The ‘S’ comes from the original designation in 1972 of Sonderklasse for the top of the line car, meaning ‘special class’.

At the time it was just that. Today it still is.

Traditionally, in addition to offering the ultimate in luxury, the S-Class has been the model by which Mercedes-Benz has introduced technical and safety innovations. That tradition remains, but the difference now that it takes a much shorter time before these find their way right through the models down the line. So much of the technical side I had already experienced before my time with the S-Class for this review. 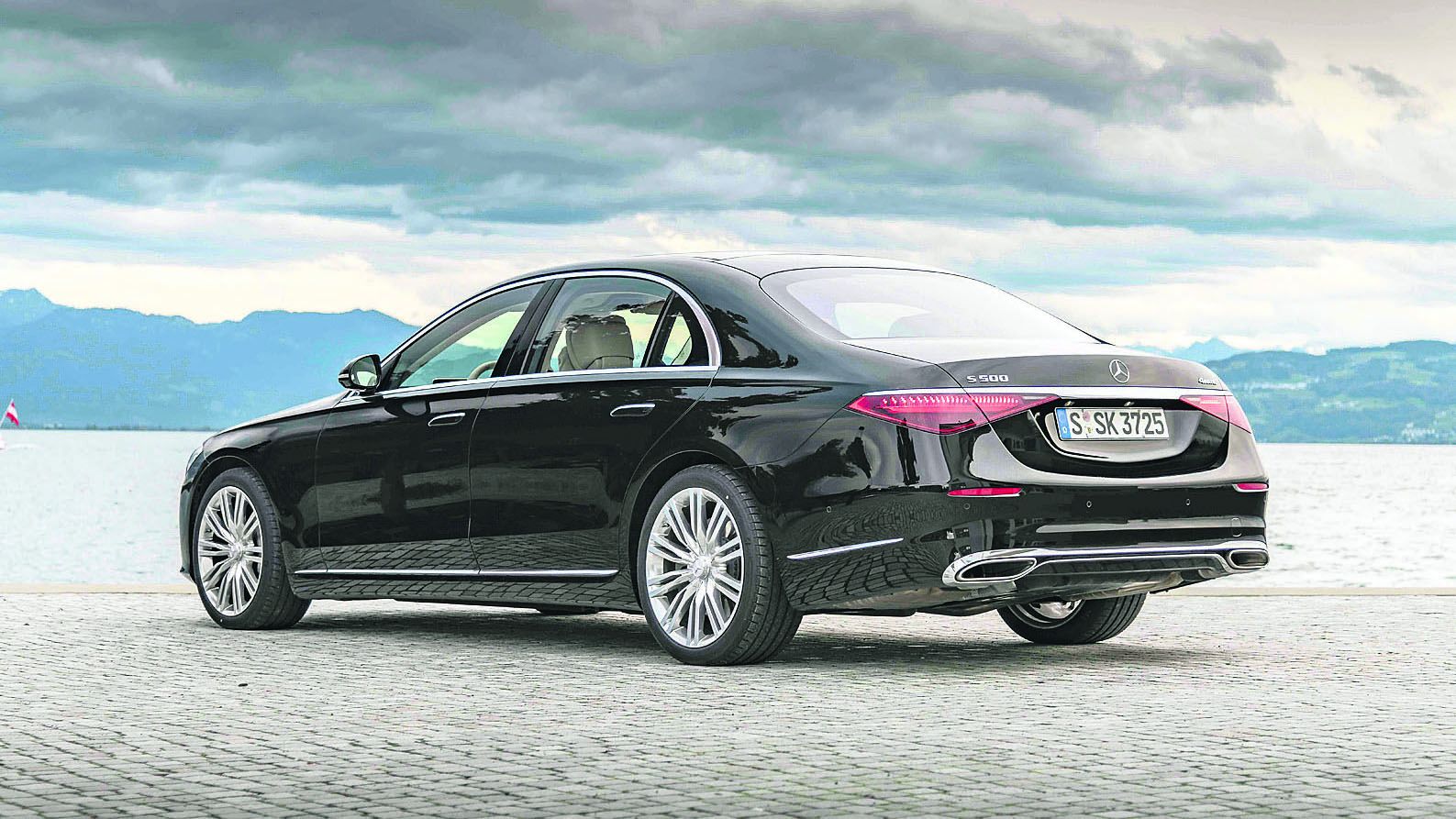 To some extent, it has in recent years been difficult to distinguish between the core passenger M-B sedans — S, E and C — in style. What has been common to all three has been a certain restraint, even understatement. The sedans are for those who don’t need, or want, to make big statements. The grille and the badge are enough. The elegant, svelte shape and external details are familiar. In this generation, they don’t impact on the visual sense as much as the car may have done in the past. To me, that is a positive thing. It means the car will not date quickly, that the sense of satisfaction which every owner surely feels will not be dulled in a relatively few years by comparison with updated versions.

Which is why there wasn’t a ‘wow’ moment when I walked towards the car, key in hand — apart from when the flush doorhandles moved out as I approached.

But once inside, it was a moment to say ‘wow’. Or exclaim ‘wow!’ Not just because my review car had a very distinctive colour in its leather trim, but the very high tech ambience does dazzle. 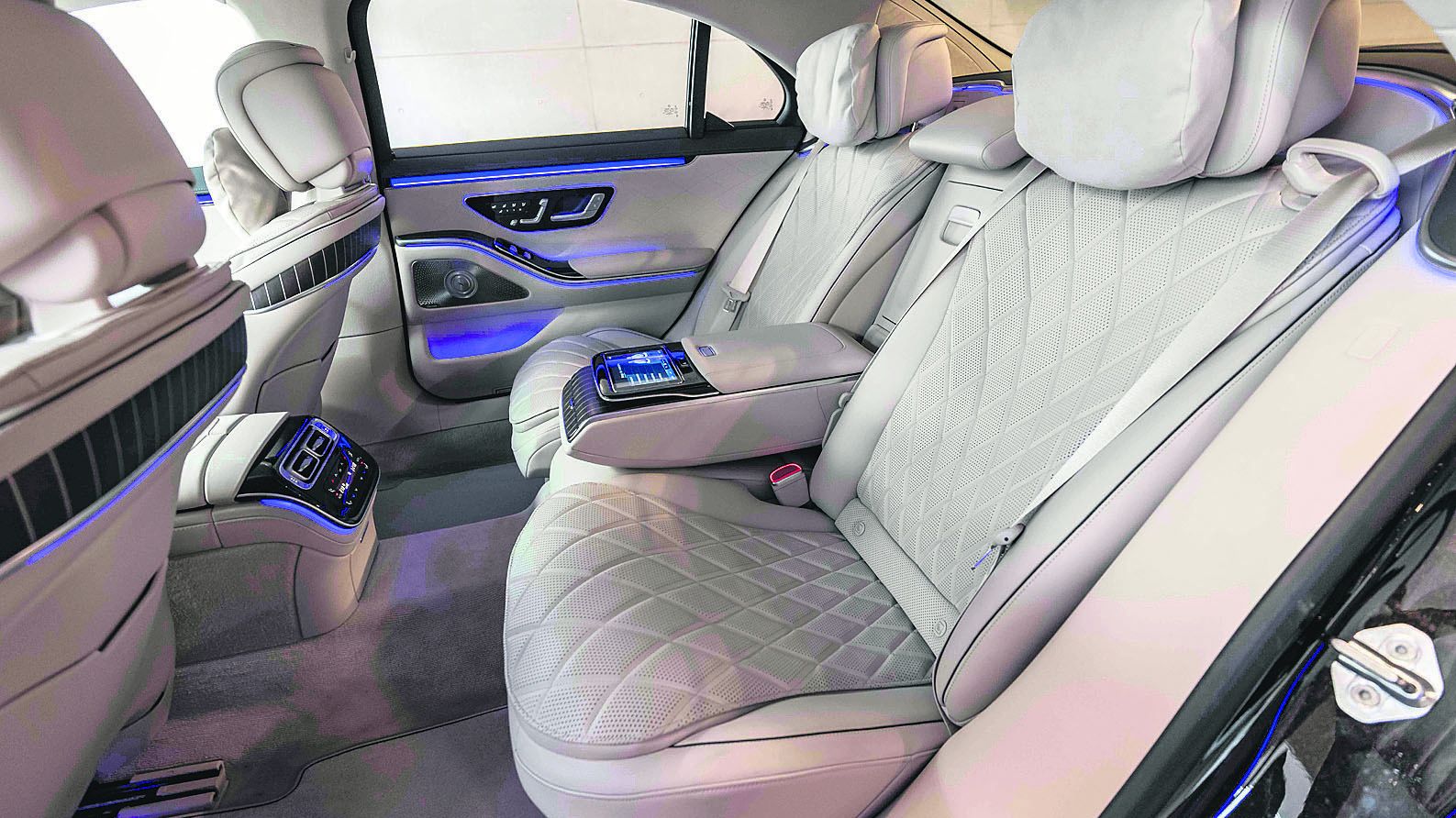 There’s a difference from the other sedan models in that the secondary information screen is not an extension of the main instruments, but a large, indeed very large one dominating the centre stack/console area. I was immediately impressed that advantage had been taken of that screen space to provide very large touch switch icons.

A variety of styles for the screens are available, including an almost-silvered one which I used most of the time. When using the navigation system, the centre screen also added front-camera real time imagery at city junctions.

I don’t think I needed that, as why would I want to look at a screen to see what I was already looking at through the windscreen?

The rest of the interior was unsurprisingly as plush as it should be, given the substantial price tag and the target buyers. For those moving from the previous generation, there is more elbow- and head-room than before, as well as claimed extra silence and an even more refined ride. 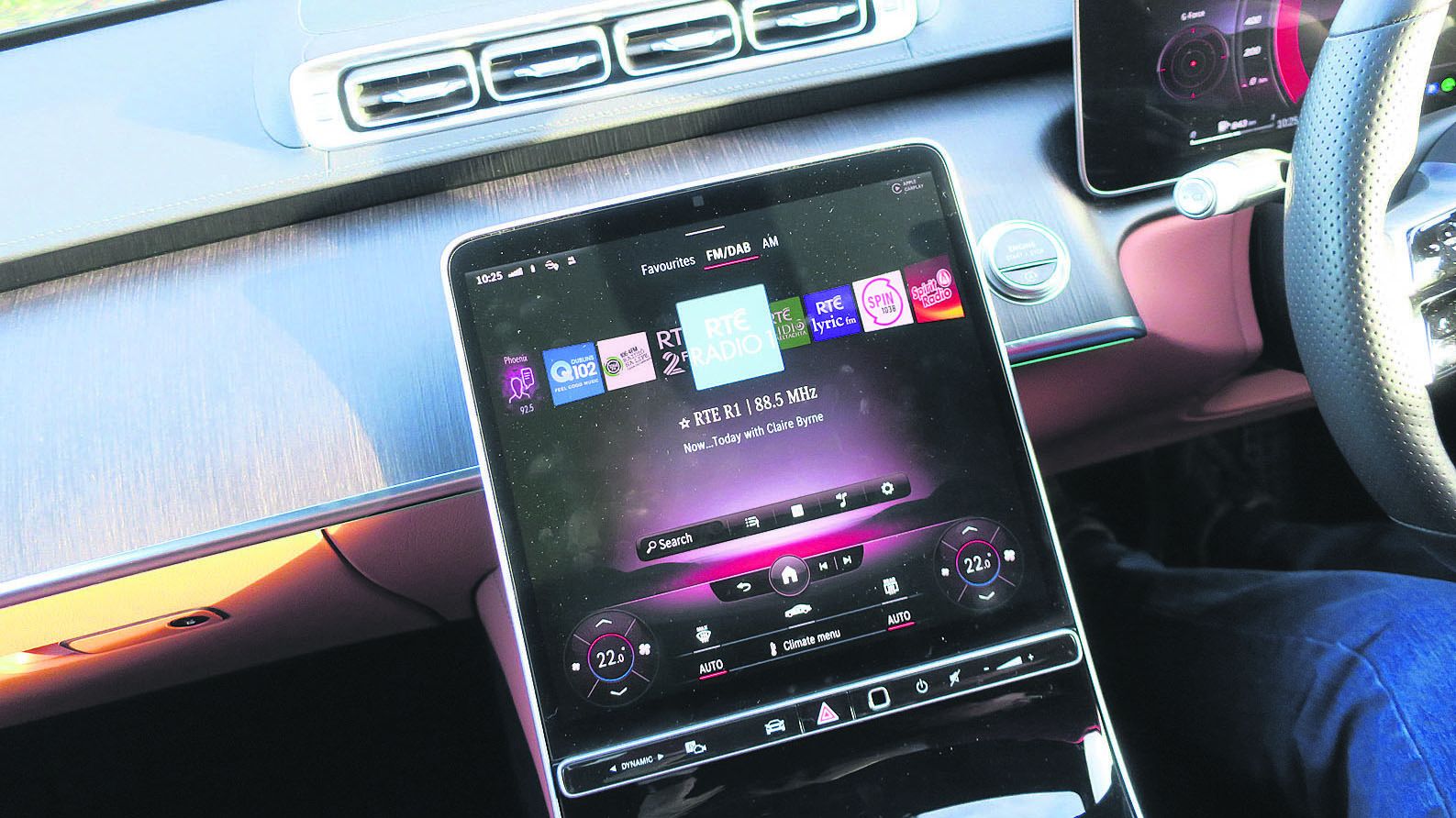 A suitably wide range of petrol and diesel engines are available and there’s a plug-in hybrid coming along. But most customers in Ireland are expected to go for the 3.0 diesel as was in the S 350d of my review car. Though nominally a somewhat relaxed 290hp, the powertrain enabled a swishing 6.4s progress to 100km/h without drama or fuss. And, almost needless to say, without raising any significant extra noise. The nine-speed transmission is seamless. The car should, and does, feel special.

It has always been my experience that the larger the car you are driving, the more easygoing you are. In my quite busy week with the S-Class I never felt the need to push on, nor did I ever get bothered about the impatience of others. This is a car that wafts one from a journey’s beginning to its end. Being wafted is addictive. I’ll never own one of these, but I could get used to the experience.

What I like:   Wafting on the wild Irish roads. 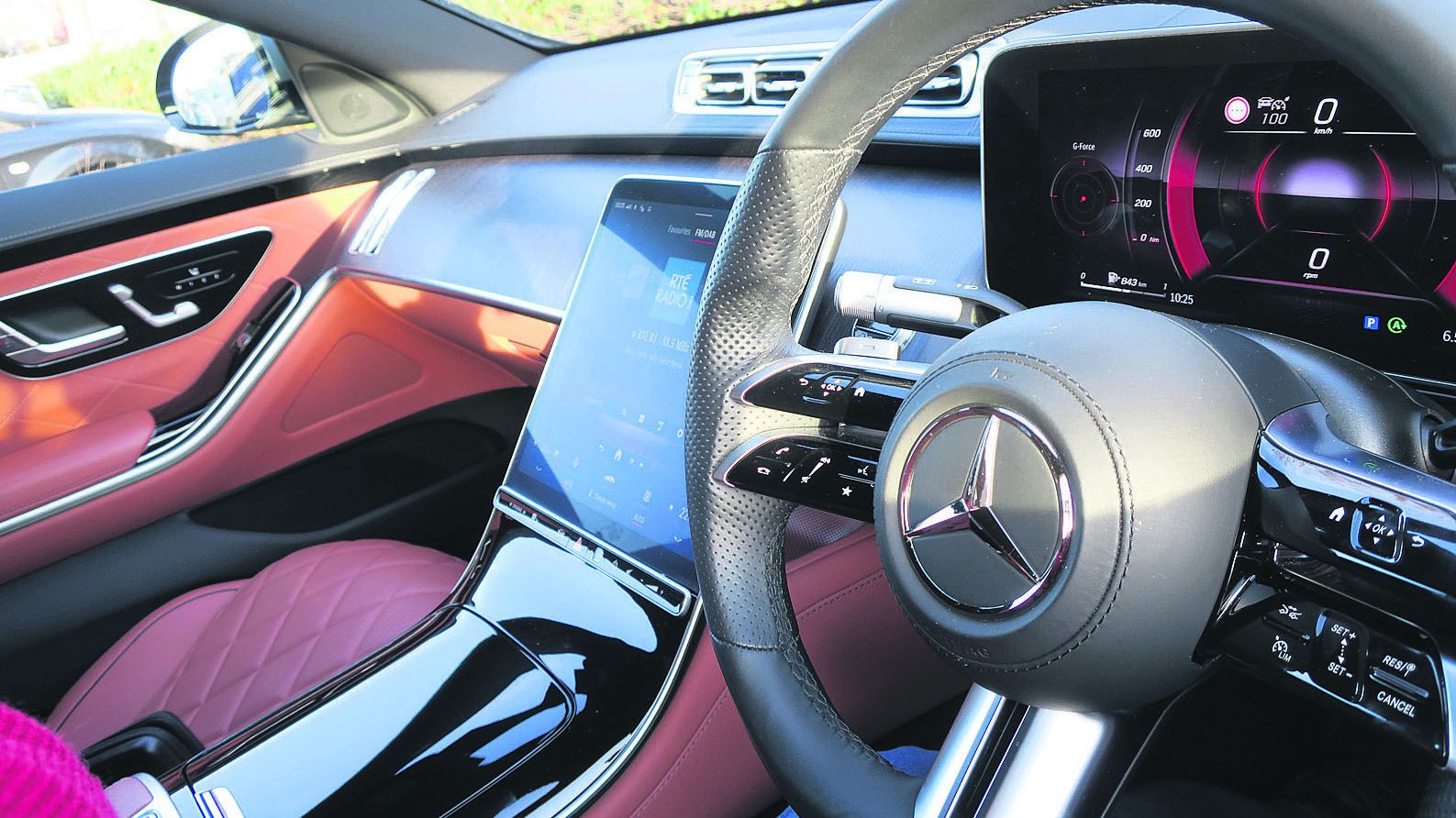