IF anyone was wondering why Mercedes-Benz has taken such a strong tilt into the electric car market, it’s because the price-lowest luxury car tier where it is busiest, is expected to grow at a compound rate of 8% over the next nine years.

And, according to economic analysts and forecasters McKinsey, more than seven in 10 of internal combustion luxury car owners are willing to shift to EVs for their next vehicle purchase. By 2031, half of all lowest tier luxury car sales are expected to be EVs (and up to 70% in higher tiers).

I was conscious of this last week while driving the EQB medium SUV, which is essentially the electric version of the GLB that I remember liking a lot last year. In style the GLB is arguably a little dumpy — though I like it — but as a driver it was very pleasant and capable. 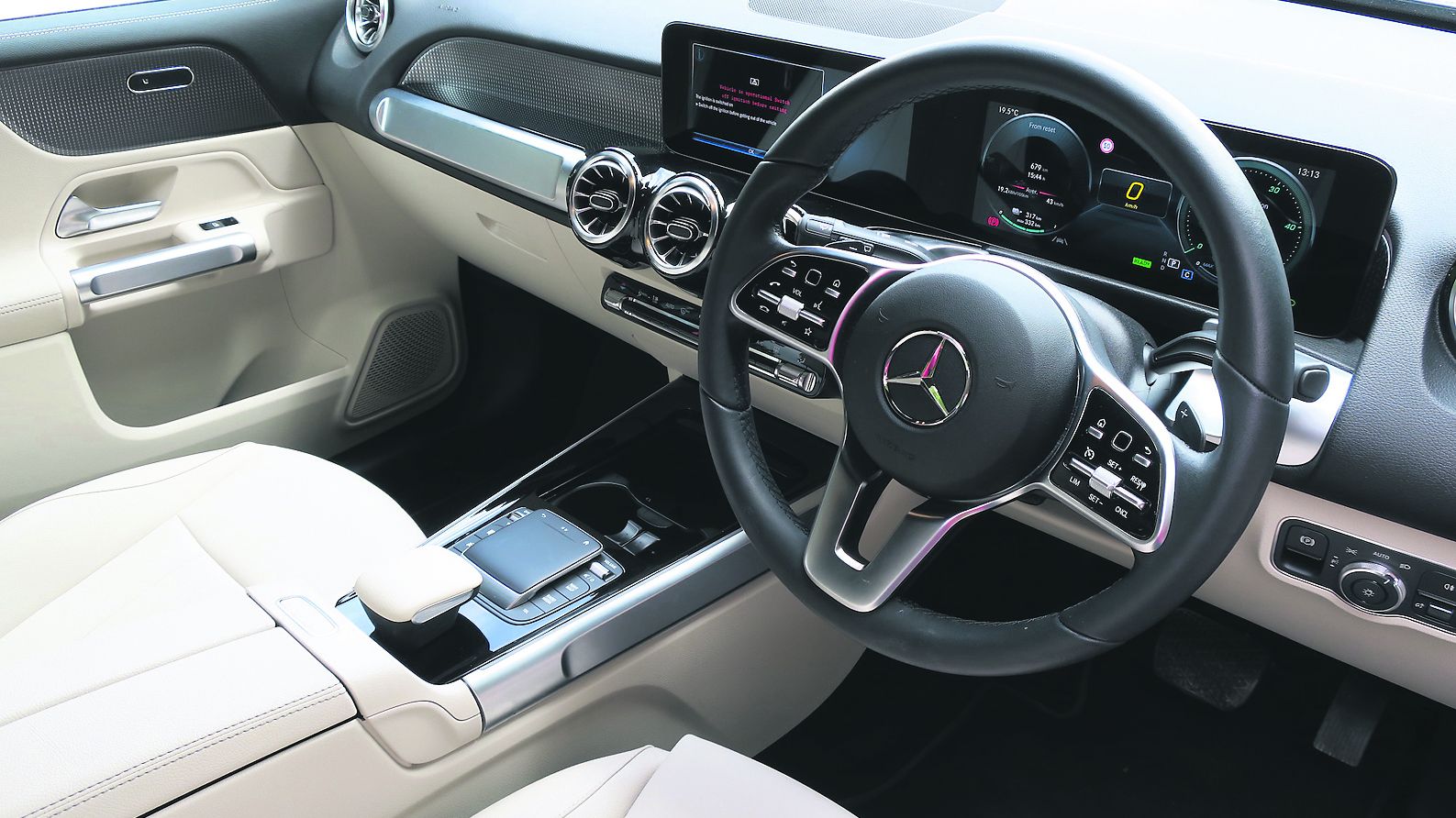 The EQB is a tad longer and a little higher than the GLB. The front end is the key style difference, where the radiator grille of the ICE car is replaced by a closed space with a big Merc star. I find EV fronts a bit bland without their grilles, but with the EQB the stylists have managed to provide something with a bit more presence than many. A darker colour and a thin chrome surround does the job, and the EQB gets its own style of headlights.

Inside the car is familiar current Mercedes-Benz thinking and MBUX screen styling and functionality. I’ve driven behind the instrumentation so many times now that I don’t have to think about how to manage it. It may not be universally liked, but it works well. Driver and front passenger comfort is quite excellent, and there’s lots of space for those in the middle seats. This is a seven-seater as standard, though those back pair are probably best for children rather than adults on a long haul. The extra length helps to give a respectable luggage space with the rear seats folded. With the middle ones down as well, there’s a good long flat floor. 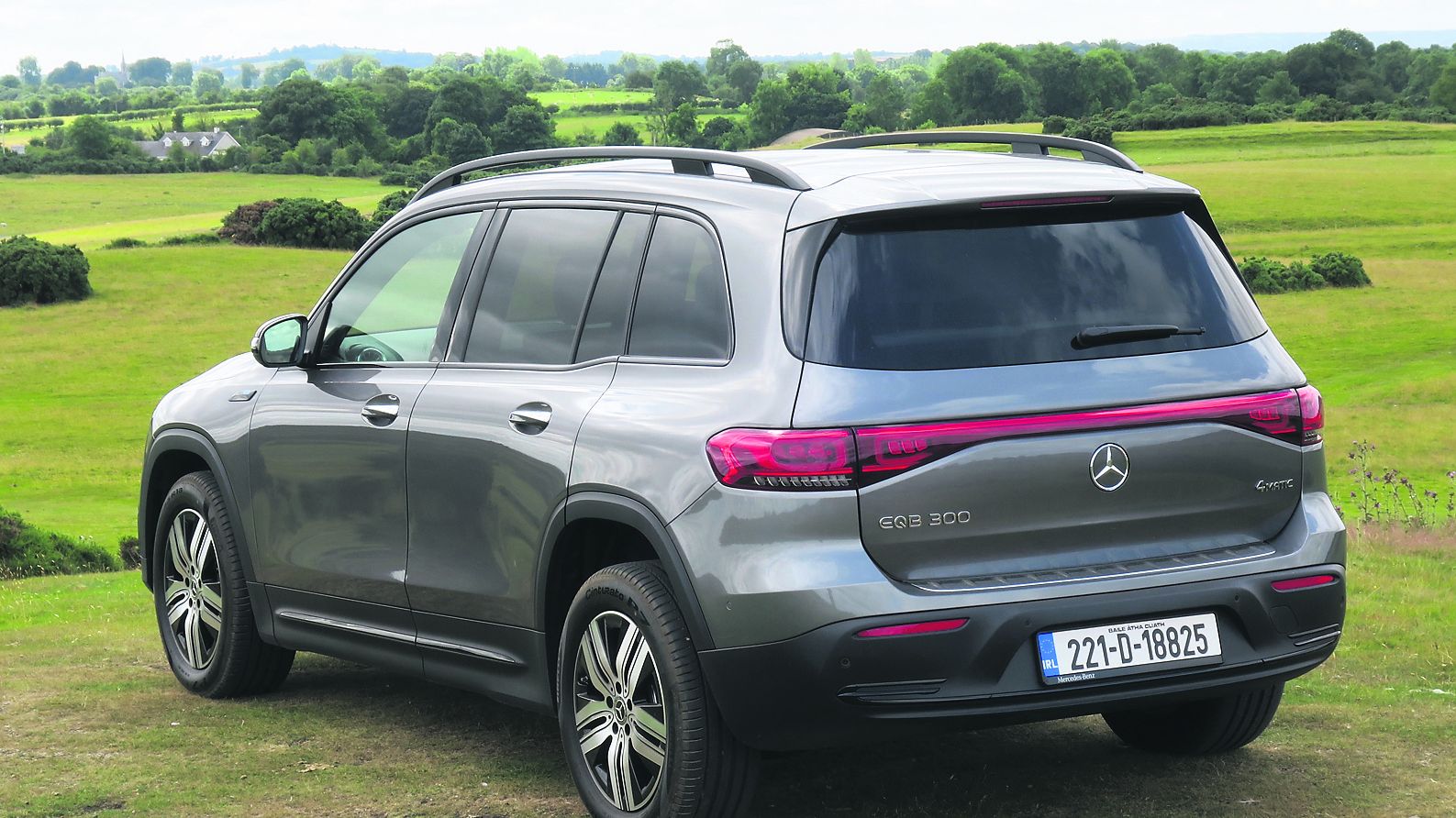 The electric drive doesn’t overdo the acceleration, allowing eight seconds to 100km/h rather than kick in the back. That encourages quite a relaxed driving style, in turn making the most of the range. At about 450kg heavier than the GLB, there was a different feel to the EQB. I could feel the weight, but it nicely damped roll, and helped to flatten out suspension reaction to poorer surfaces.

The rated distance is 419km on a full charge, and a good mix of driving over my time with the car suggested that an average of 400kms is very doable. The charging at my local Circle K 150kW was quite briskly done, though as is the case more and more I had to wait half an hour for a slot. Among the people already using the only two high-speed units was my neighbour, who has just taken delivery of her Skoda Enyaq, a full year after ordering it following a spin in my review model last July.

At this stage, there’s no longer novelty for me driving electric cars. They are here. They are being bought. They are the future coming fast, arriving on driveways around us all more and more. Europe is heading quickly to be the globally biggest EV car market by electrics penetration, and the EQB is part of this. The price gap is still a hurdle, though, at all levels. And I was surprised that, at the money, the EQB didn’t have active cruise control. 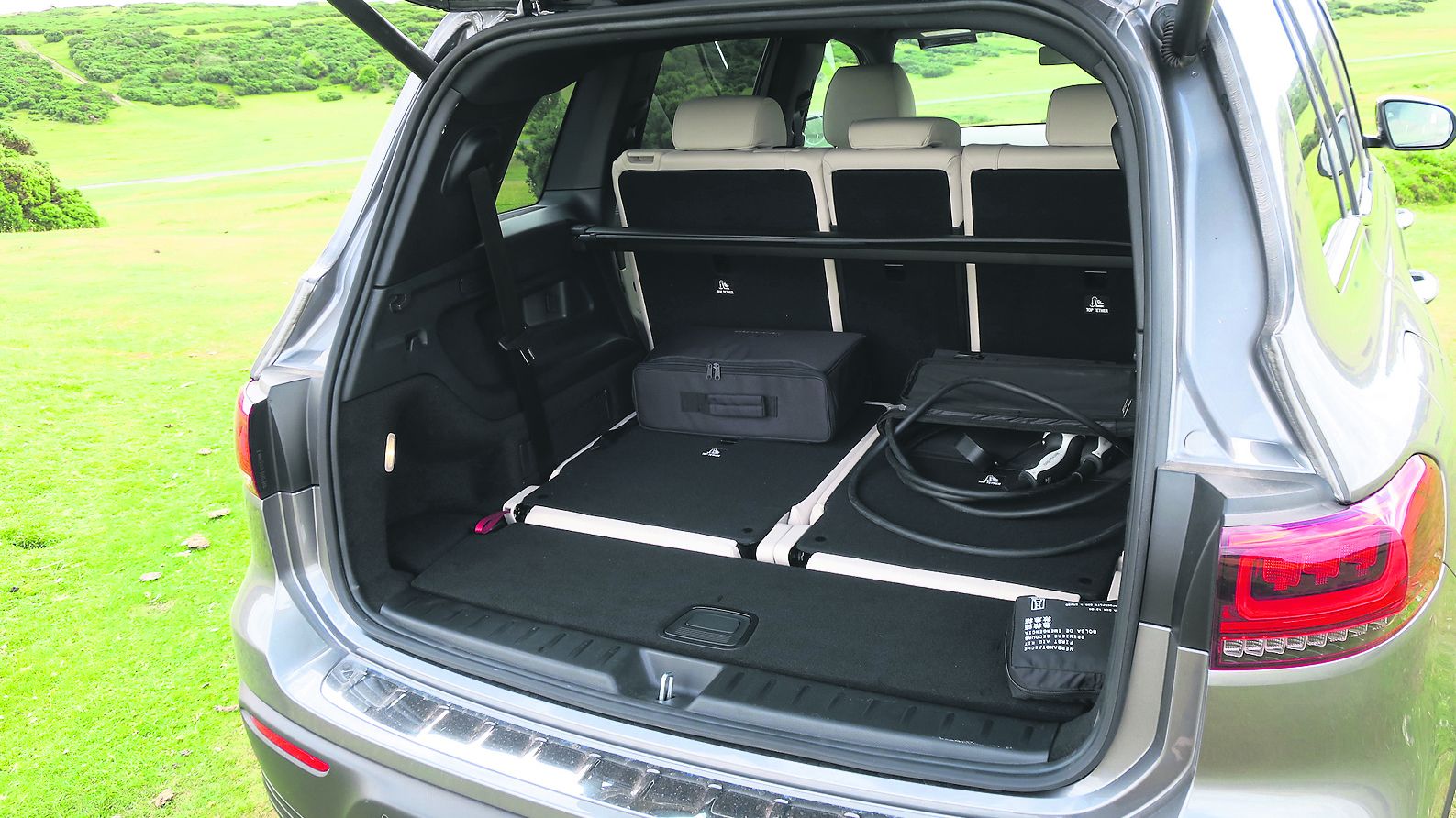 Oh, and in the interests of transparency, I mentioned some reviews ago that I was considering going electric replacing our own empty-nest family car which had soldiered for a decade. After doing all the sums, and strongly related to the price gap and our relatively low annual mileage, we went for a hybrid supermini in the end. Just thought some of you would like to know, and as I always say, the right choice of car is the one that suits your needs and resources.

What I liked: The good stuff of the GLB and then feeling good about environmental impact.