For International Women’s Day, Emma Connolly profiles some of West Cork’s women, who are leaders in their fields, and finds out the female role models who inspire them in their careers 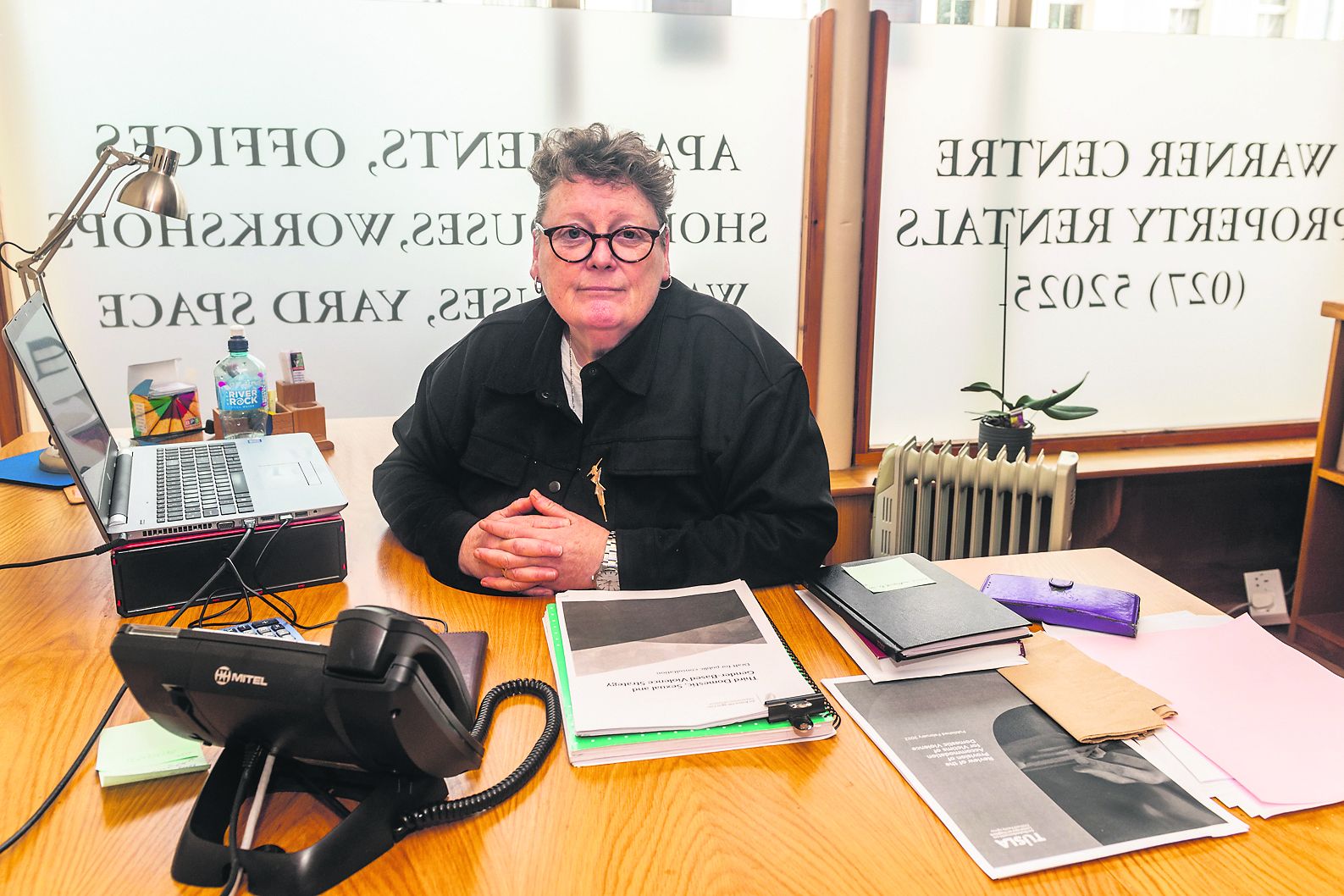 Marie Mulholland, co-ordinator of the West Cork Women Against Violence Project, in her office in Bantry. (Photo: Andy Gibson)

BELFAST native Marie Mulholland has helped to change the lives of countless women since she moved here in 2008 to work with the  Bantry-based West Cork Women Against Violence project.

It’s the region’s only project which works with female victims of domestic violence, and in challenging circumstances, Marie and the team have ambitious plans to expand.

Imagine then if she hadn’t applied for the position because it required her to do something she wasn’t terribly keen on: learning to drive!

She first came down to West Cork for a holiday in 1999, and regularly returned to Beara over the following years.

‘When the crash came in 2008 I was working in the community sector in Dublin. It was badly hit by cutbacks with jobs axed or whole projects closed down  which was what happened to me. Jobs in my field dried up in Dublin but then I saw the post for co-ordinator of WCWAV and thought how could I resist? West Cork, working for a project that supported and protected women and children, what wasn’t  to like?’

There was one small difficulty though.

‘I couldn’t drive and it was a condition of the job that I learn. Although the prospect didn’t thrill me at first, it has proven to be  liberating, giving me a whole new dimension of freedom and independence,’ said Marie.

The number of women contacting WCWAV increased by 35% in the from March to August of the first lockdown.

And just before Christmas Marie made a desperate appeal for a home for the project, as its headquarters on Barrack Street in Bantry is up for sale.

With an incredible track record in human rights issues – she was among those who successfully campaigned for the demolition of West Belfast’s Divis Flats  – her commitment to the job is unwavering.

But what drives her? ‘I’ve never seen an injustice that I didn’t want to fix,’ she said.

Among her female role models is Mary Robinson. ‘And on social media I follow an indomitable, supersmart  African American politician called Stacy Abrams who as well as being a future governor for Georgia, USA is a lawyer and thriller writer.’ 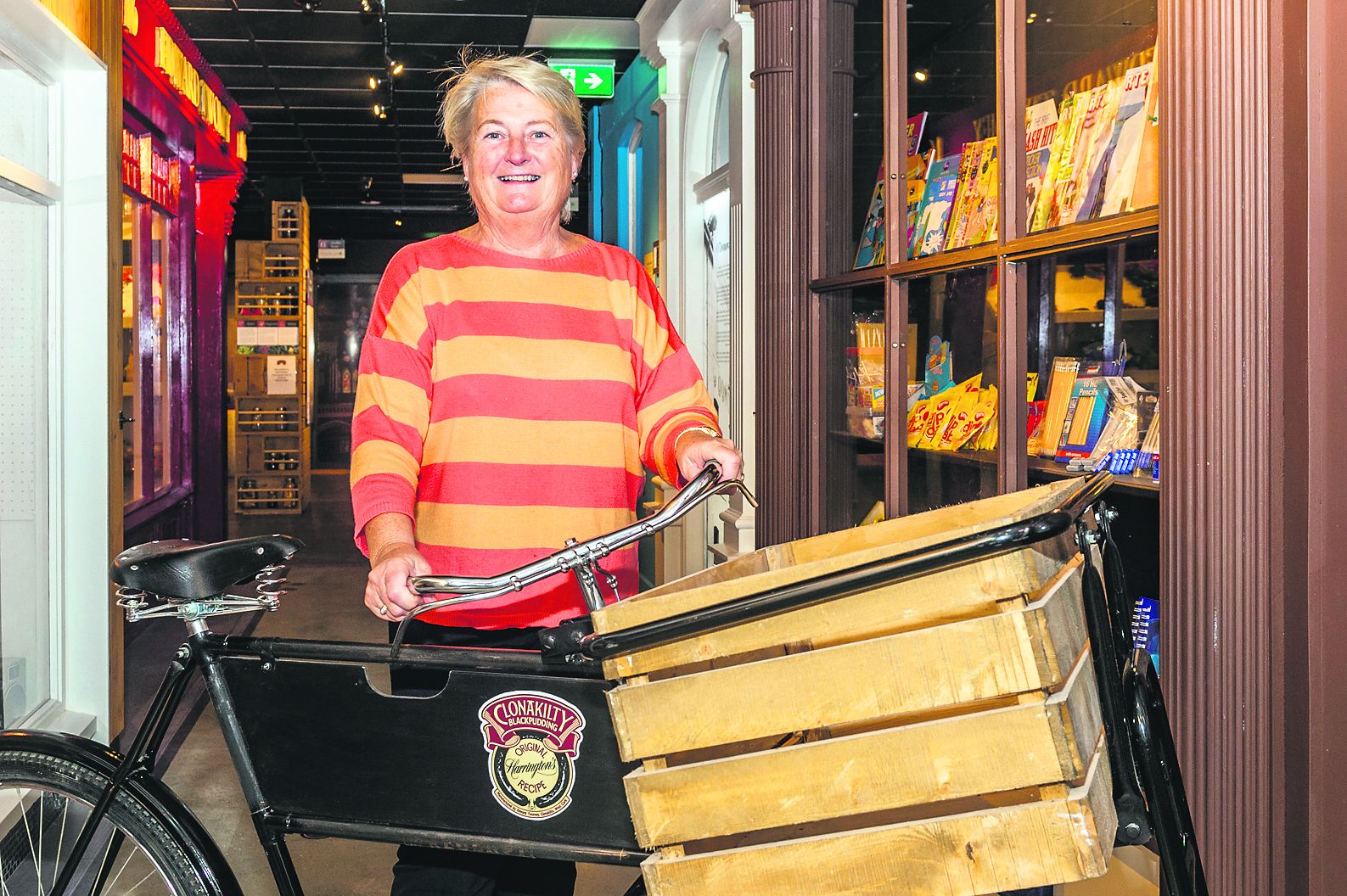 THE cheese ladies ‘down West’ inspired entrepreneur Colette Twomey when she started out on her career back in the 70s.

‘At the time I didn’t know what was ahead of me, but without realising it I took my lead from Mrs Nolan, Union Hall and people like her who were so hard working and enterprising,’ remembers Colette.

‘I had a lot of admiration for them. I had no great plan myself at the time but looking back I can see now how sub-consciously they influenced me,’ she said.

Another woman she admires for her ‘dynamic presence’ is the well known coffee-shop entrepreneur Mary Rose O’Donovan who, with daughter Orla, runs Fig & Olive in Clonakilty.

Colette has over 40 years’ experience in the food business, and has helped put the town on the map with her family’s world-famous black pudding.

Originally from a farm in Minane Bridge, she came to Clonakilty when she got married in 1977. The death of her husband Edward in 2005 put her at a crossroads with the business, but she followed her instincts and created what is now a global brand.

She developed their new €7m production facility in Clonakilty, opened their visitor centre along with many new product innovations.

She also purchased Lisselan Estate and golf course which she is investing in and redeveloping. The mother-of-three said: ‘I always say “that’s it now,” but then you see another opportunity. I think it’s just in the DNA!’ 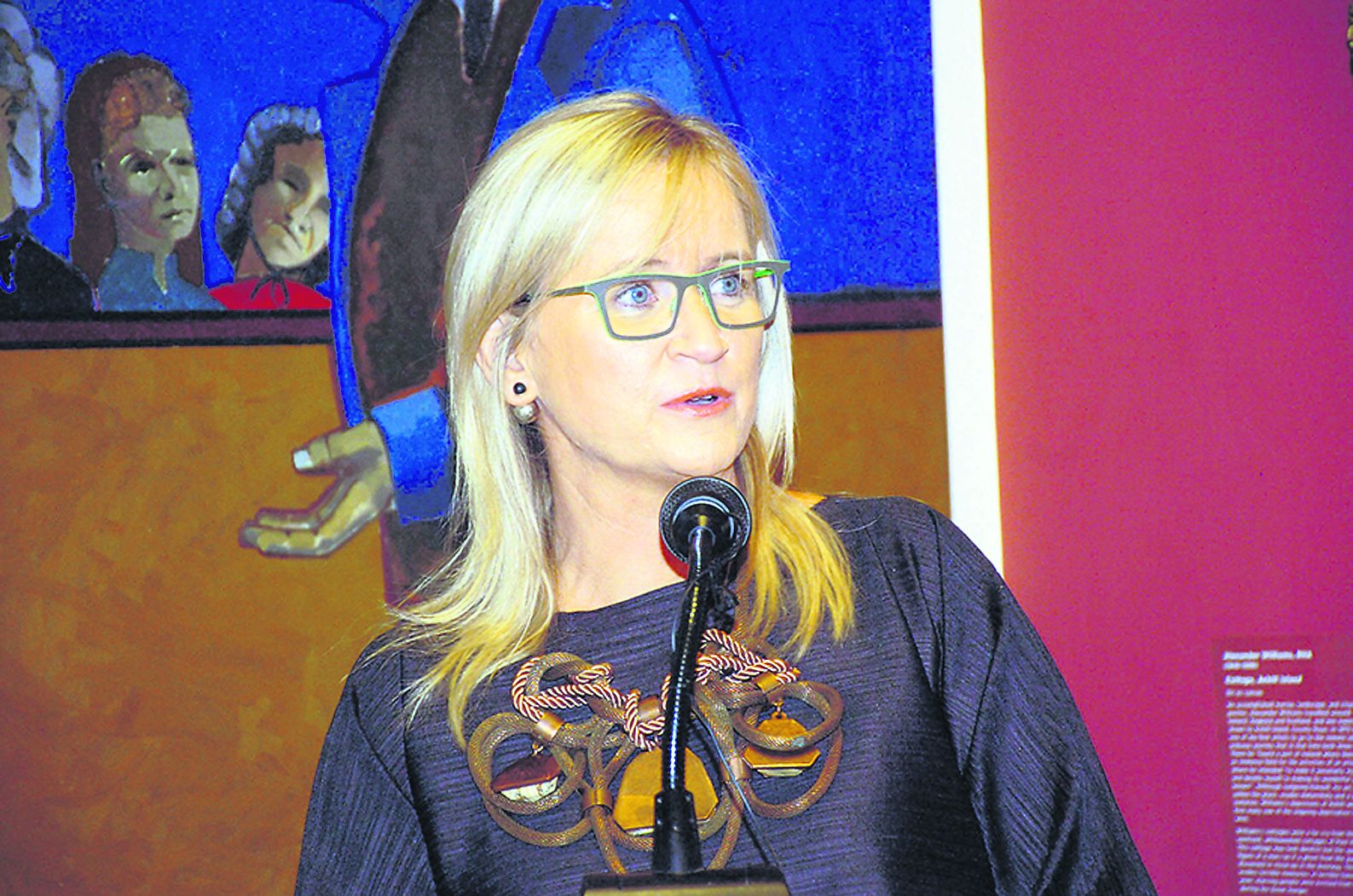 DRIMOLEAGUE native Dee Forbes is no stranger to negotiations in her role as RTÉ Director General, and she says she learned from the best.

That’s her maternal grandmother Johanna Smith, who she describes as an ‘incredible lady.’

She lost her husband at a young age and raised Dee’s mother and aunt, while running a small drapery shop opposite the church in Dunmanway.

‘I remember she’d take me to Cork with her on buying trips and she was the greatest negotiator I’ve ever seen. She was the first person I ever saw doing a deal, in the traditional sense, and I took that forward with me.

‘She really was a woman in a man’s world at the time, and a huge inspiration to me.’

Dee’s mum, Mackie ran the East End pub in Drimoleague. Her dad Vincent was a secondary school teacher in Bantry.

‘Mum was also a very active spokesperson representing vintners at Munster level. I’m lucky that I come from a strong line of women,’ she said.

Dee feels that International Women’s Day is an important day to remind us of the progress that has been made, but also of the work that needs to be done.

‘It’s one day both to celebrate and put the focus on what needs to be done, but we need to remember there are 365 days in the year.’ 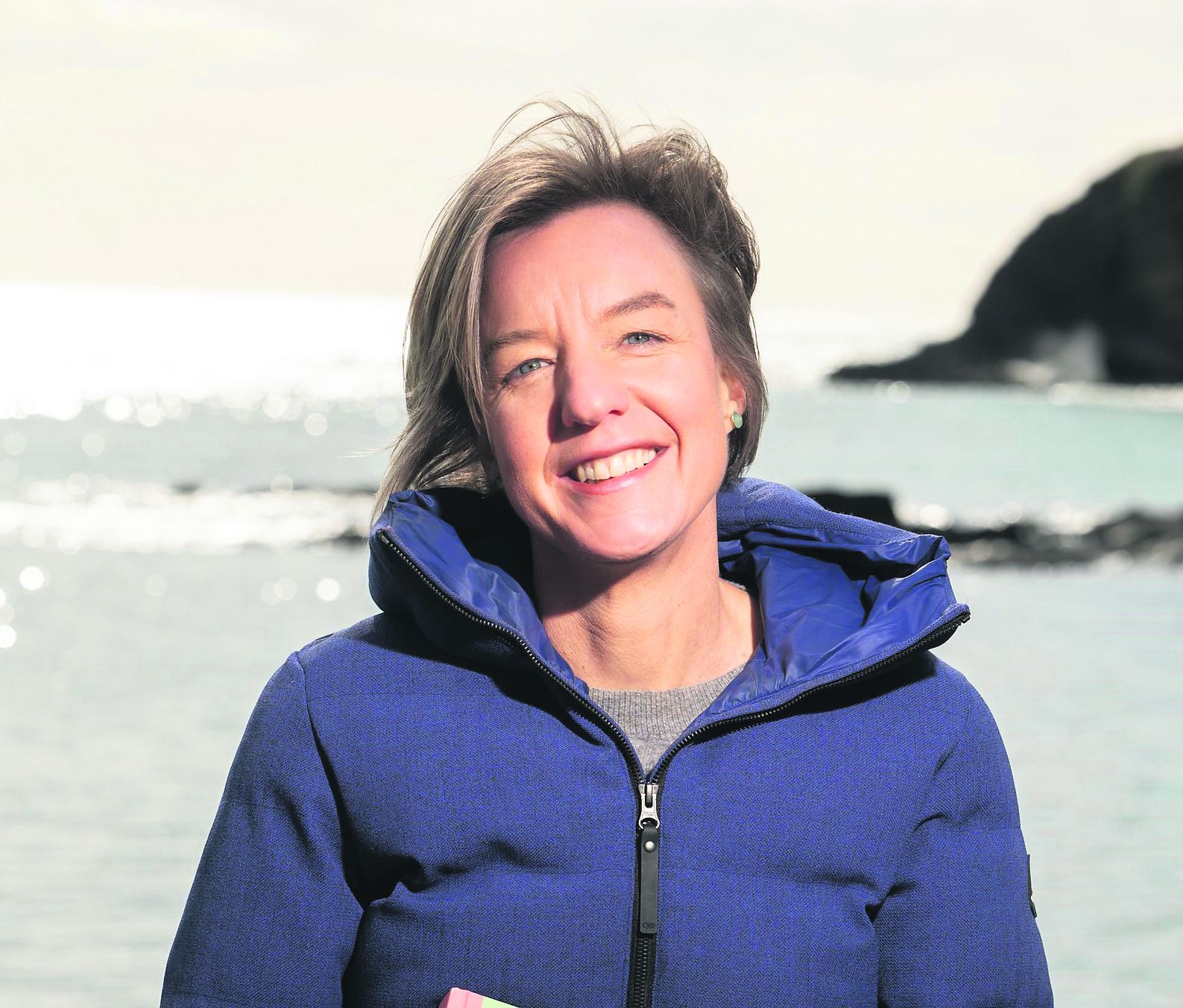 KINSALE-based Dr Tara Shine,  has an impressive range of accolades to her credit.

She is the co-founder of the social enterprise that inspires people to live and work more sustainably, Change by Degrees.

With a career of 20 years as an environmental scientist, climate change negotiator, former special advisor to the Mary Robinson Foundation - Climate Justice group, she also has a senior United Nations role to assess progress being made to keep the global temperature rise to below 1.5oC.

She’s highly accomplished but what it all comes back to is her desire for people to realise that they all have a role to play in climate change, no matter how big or small.

She previously said: ‘We need to start realising that taking action is in our own best interest so we can have a safe space to live in. The planet will be just fine without us, but we can’t live without what it gives us.’

The mum-of-two has also written a hugely engaging book How to Save Your Planet One Object At a Time, which explains exactly that.

Tara also  joined 80 women scientists from around the world on a leadership expedition to Antarctica called Homeward Bound in 2019. It was a ground-breaking leadership initiative for women, designed to heighten the influence and impact of women with a science background to influence policy and decision making as it shapes our planet and Tara was the first woman living in Ireland to be selected for the programme.

Among her female role models is her granny May Norwood.

‘She was born in Westmeath and moved to Kilkenny when she got married, so she was beyond being a blow in when she reached the great age of 90. After her husband died she continued to run a jewellery shop on John Street in Kilkenny,’ said Tara.

‘She took change in her stride, she never judged, she was  kind to a fault, practical, content and happy with life’s simple pleasures. No better role model.’ 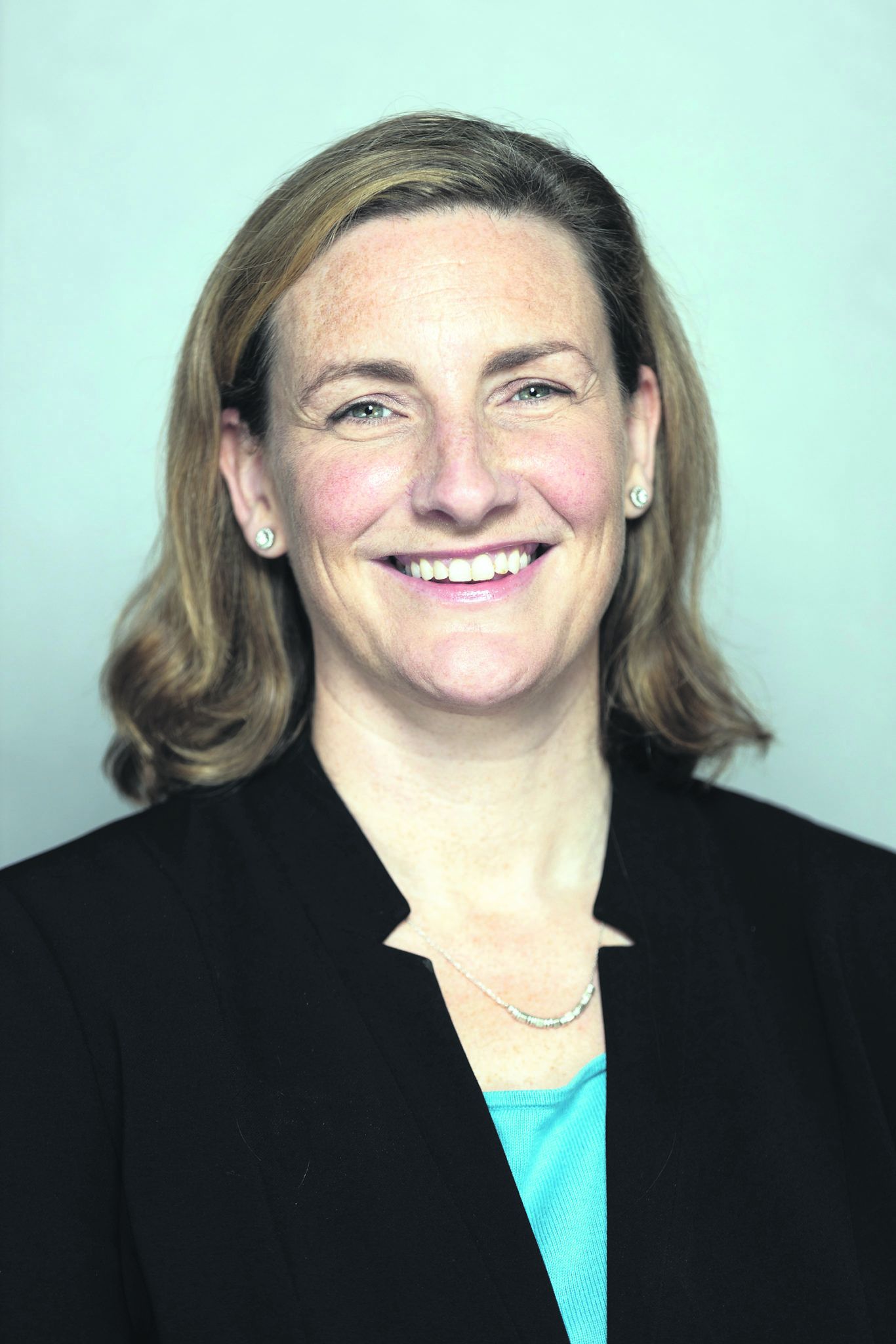 When Orla Dolan returned to Ireland from the US where she had worked for a number of years, she felt a huge culture shift.

‘I remember if I offered an opinion in the board room or at meetings men, mainly older men, would be shocked, wondering why I was even talking,’ she said.

In the US it had been far more meritocratic, she recalls.

‘It didn’t matter if you were a man, a woman, or where you were in the hierarchy, it was all about the best ideas,’ she said.

‘It has changed here over time but it’s also about you going into a room and having confidence in your voice and not waiting for permission.’

Orla’s father was the world-renowned surgeon Prof Gerry O’Sullivan, from Caheragh and the ethos of Breakthrough Cancer Research came from him – that’s creating a world where people survive cancer by funding game changing research.

Her mother Breda O’Callaghan who grew up in the Bantry Bay Hotel is also a source of inspiration.

‘She worked in a bank before she got married and then she managed my father’s “other life” so he could focus on his research and surgical career. It was a very good partnership.’

Her grandmother was Eileen O’Callaghan (better known as Mrs ‘O) who was the face of the hotel. Orla remembers her as a modern women, ahead of her time.

‘She had worked in a shop between Durrus and Ahakista and at some point it came up for sale and she bought it and gifted it to mum telling her that “every woman should have somewhere to go that’s her own”.’

Michelle Obama is another role model for the mum-of-two: ‘She’s very accomplished in her own right and had no interest in being the First Lady, but she found a way of making the role her own.’