When there’s something strange in the neighbourhood who are you going to call? Cork’s Supernatural Society of course! The paranormal research group have carried out their fair share of investigations in this area, and they tell Emma Connolly some of their most chilling and spine-tingling experiences here ….

A FIGURE of a stocky man with sunken eyes standing over a grave in Timoleague Abbey is one of the most impressive, unexplained images ever captured by the Cork Supernatural Society.

The group were in the Abbey, a Franciscan friary dating back to 1240, carrying out an investigation when their equipment captured the shadowy figure. 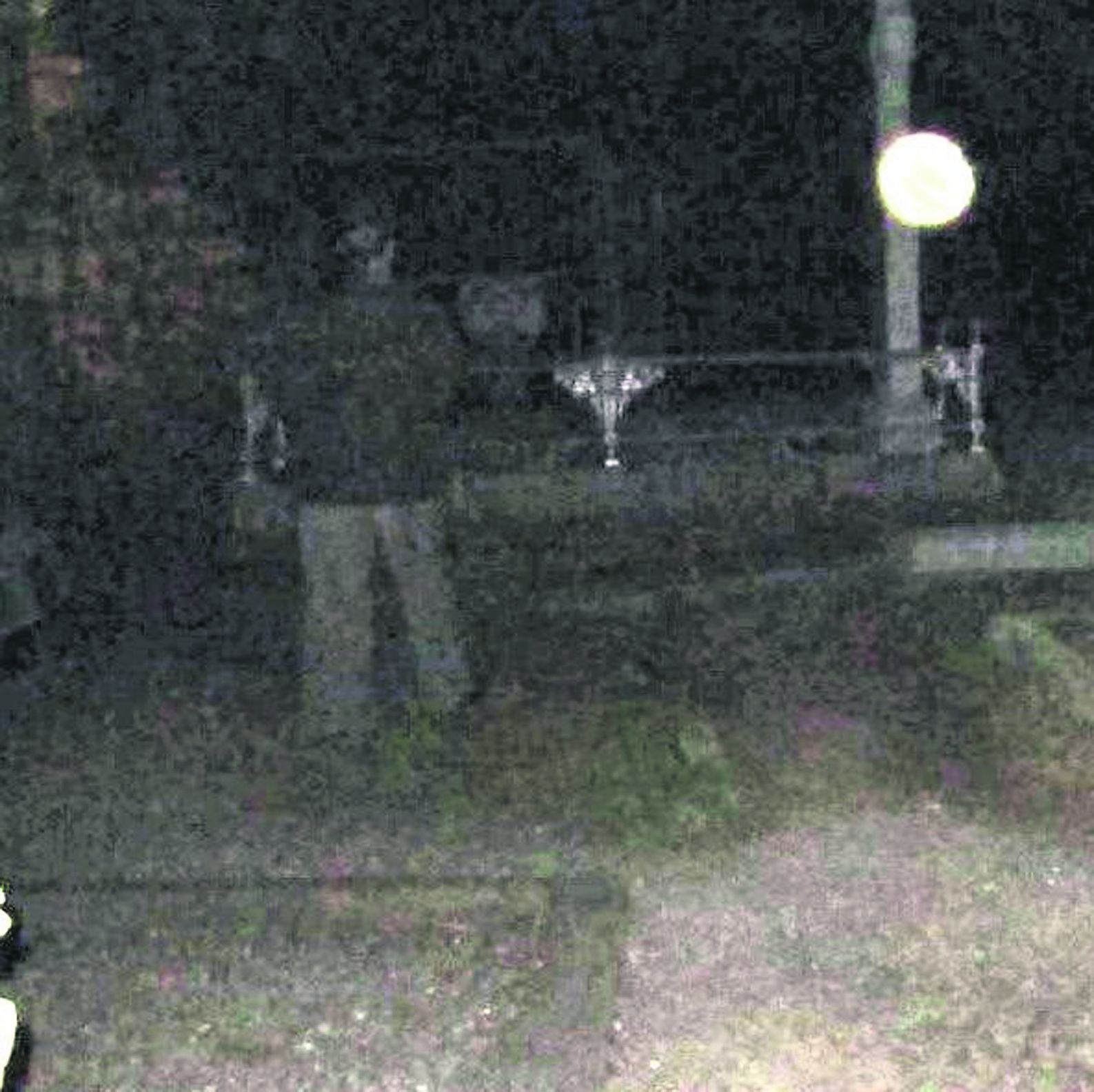 The image of the man captured by the group’s equipment.

Joe Cahill, a member of the paranormal research group describes the night: ‘We went along because we had heard of people seeing shadowy figures in doorways, singing or chanting from a tower and the smell of rotting flesh so we wanted to check it out for ourselves. It’s what we do.

‘I remember it was a very peaceful night when we were there. We set up our audio equipment and motion sensors in the infirmary but we didn’t notice anything untoward at all. It was only afterwards, when we had left, and we reviewed the footage that we saw this very clear image of a man.’

He said it wasn’t a monk, or someone from olden times, but it was a white looking figure, and it was standing by a gravestone that dated back to the 1980s.

Joe said their audio equipment didn’t pick up a single sound while they were there, which was hard to explain given the gravel and stones underfoot.

‘We also had every entrance sealed off so there’s no way of explaining this,’ he said. They even returned on another occasion to see if there was anything they could have missed, but he said: ‘Unless this figure scaled a 50 foot wall to get in there, we don’t have an explanation for it.’

Joe, has been a member of the city-based group since 2015.

‘We’re there to debunk paranormal stories, but on occasion there’s stuff that we simply can’t explain like this. What we captured in Timoleague Abbey is the most impressive footage we’ve ever got.

‘I’ll admit that when I saw the photo I was shocked. I was stunned by it.’

The engineer admits to previously being a sceptic when it comes to this sort of thing.

‘I was never a believer until I joined this group, but I am now.’

THE group visited Ballinacarriga Castle, a 16th-century, four-storey, six level tower house located about nine kilometres from Dunmanway, on Hallowe’en night a number of years back. 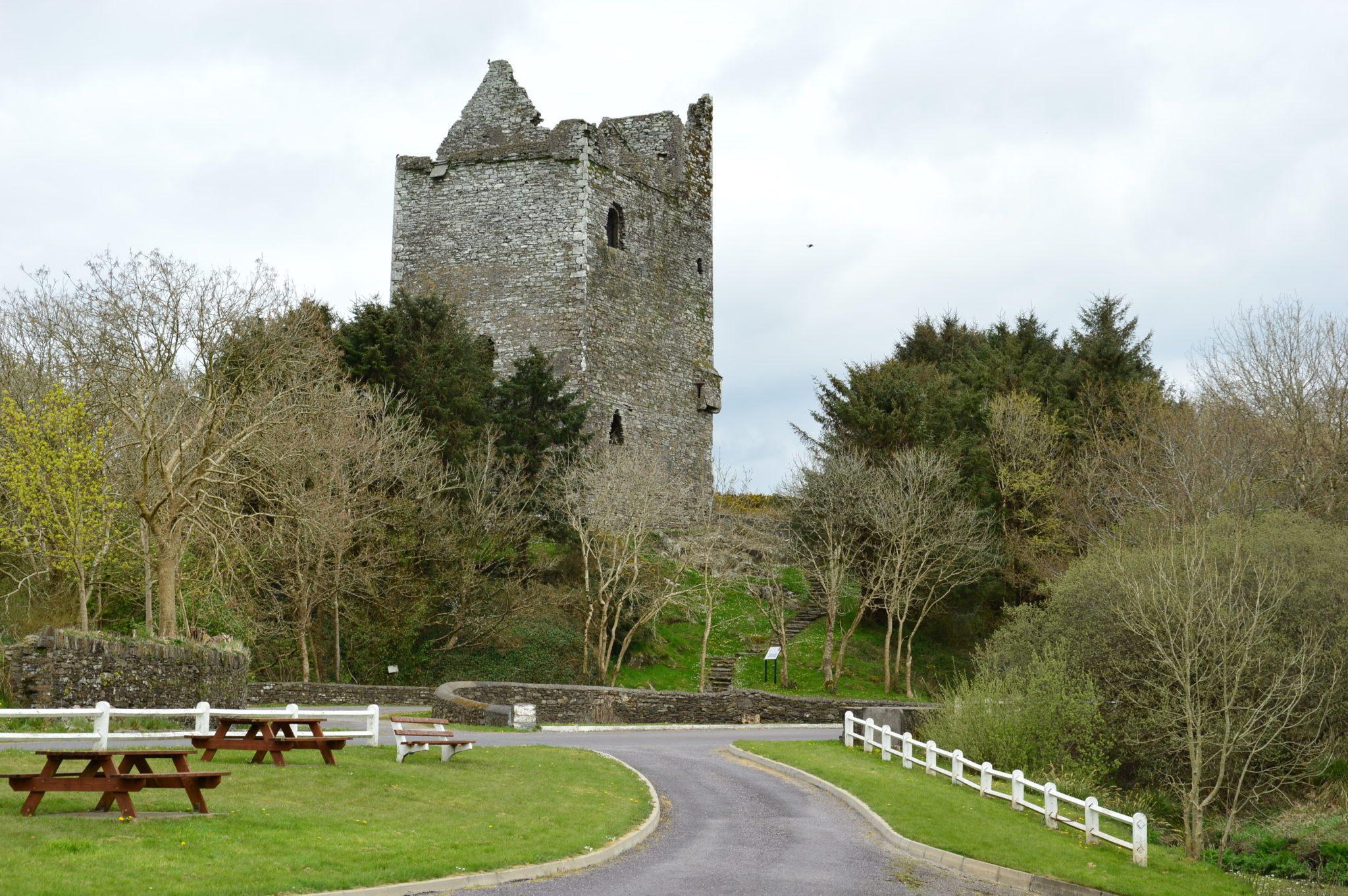 The castle is known for its ghostly goings-on.

Nothing could have prepared them for what they heard when they listened back to their audio which records on a higher than normal frequency.

Joe remembers: ‘We heard a female voice saying “what about my child?”’

On the second level, in the room it was captured in, there’s a  carving in the window of a female figure accompanied by five roses, thought to be Catherine O’Cullane, wife of Randall Hurley, and her five children.

A subsequent visit by the group recorded a deep voice screaming ‘No!’ from the top floor.

‘Again we only heard this on play back, not at the time,’ said Joe who added that they’re so used to their investigations that they don’t usually get spooked by what they hear.

‘It’s a passion, and we’re also very interested in the history of the buildings we’re in,’ he said

THE owner of a private house in Durrus asked the group for help in 2019.

‘There had been a death in the family, and the owner had moved out in fear after a few things started to happen and he called us for an explanation,’ said Joe.

It started when one evening the man and his friend were in the kitchen. ‘They heard a sound on the stairs and saw a black, transparent figure running up the stairs. Another time a friend could feel hands on his back in the kitchen. He was pushed with force, and he heard a male voice, almost like a growl.’

When members of the society visited they inspected the attic where they saw three circles drawn on the wall: ‘The house dated back to the 1840s and the symbols were common in old Irish houses to warn off bad spirits,’ said Joe.

Their research revealed that a man in the area went missing in the 1880s and was eventually found near the house, where he claimed he had been abducted by fairies.  Joe and his fellow members visit wasn’t without incident either.

‘Myself and another member were in the garden having a break when we both heard a female vocal sound, almost like a groan. A female member was in the house and we assumed it was her, but she said she didn’t hear anything and our audio didn’t pick it up even though it seemed very close to us. We stayed the rest of the night and went back a few times but didn’t hear anything. I’ll admit that did creep us out as it’s very rare that you actually hear anything when you are on site in a place.’

• There’s lots of interest to join the group, but members are kept deliberately low. They hold occasional public evenings. See Facebook for more.