Shane and Carly Spillane with kids Lleyton and Layanna. The couple are committed to making their restaurant a stress-free environment for children with needs, and their parents. (Photo: Karlis Dzjamko)

After the diagnosis of their son with autism, a couple felt compelled to transform their Bantry restaurant into a calm haven for people with needs, and the feedback has been phenomenal

A BANTRY-based couple have transformed their restaurant into a dedicated autism friendly space after seeing the challenges experienced by their young son.

Shane and Carly Spillane took over the running of O’Connor’s Seafood restaurant in Bantry in March 2020, just 10 days before the pandemic hit.

Their eldest son Lleyton was diagnosed with autism that December.

It was a difficult time, Carly remembers.

‘When we got that diagnosis I remember I didn’t tell anyone for a full six months, not even my mam. I just couldn’t speak about it without crying,’ she said.

‘It took me that length of time to process it but I got there, and I used that time to do lots of research and train myself in different areas to help Lleyton,’ said the Youghal woman.

The couple – who are also parents to two-year-old Laynna – live over the restaurant and Carly said Lleyton would cry every time they went downstairs to the premises.

‘He just hated it,’ she said. ‘And he hated eating anywhere that wasn’t at home, or anything that wasn’t made by me.’ With her training under her belt, she set about redesigning the restaurant to help their own family, and others like them.

She created a sensory wall at the back of the restaurant, which features numbers, shapes, letters, colours, days of the week and months of the year.

‘It’s one big learning wall and we call this area “Lleyton’s Lounge.” It was made for families like us, who find it hard to eat out with their kids, as a new environment can be so overwhelming for them,’ she said.

‘We also installed a fish tank with lots of different coloured fish. We put in a sensory TV which just has different colours, no cartoons, fish lamps and sensory mats on the floor,’ said Carly.

The couple have done loads more including making their toilets less noisy by removing the loud automatic hand dryers and replacing them with hand towels.

‘And we added fun and colourful wallpaper with monkeys on it so the kids are happy and engaged going to the toilet.

‘We also have ear defenders available for any children who might need them, and we’ve special menus, and plate dividers for those who dislike food touching,’ she said.

‘The lighting can also go all different strengths, from high, to low, to medium.

‘And we have a social story about our restaurant for kids, teenagers or adults that need to be reassured, where they are going and what happens when they get there,’ said the mum-of-two.

They’ve also organised in-house training for their staff from Autism Supporting Diversity (ASD) Ireland to ensure their entire team is on board with their ethos.

Clonakilty already has the title of being an Autism Friendly Town, but to the best of the Spillane’s knowledge, theirs is the country’s only autism friendly restaurant, and they’re committed to making improvements all the time.

‘I know all kids with autism are so different, but I want our restaurant to be a place where parents can sit down, enjoy a meal, and know their child isn’t stressed in the restaurant. I want the adults to be as relaxed as the kids,’ said Carly.

Lleyton attended pre-school in St Patrick’s Boys NS in Skibbereen, and Carly said it was a wonderful experience.

‘He’s starting in an ASD unit in Bantry this September where there are five other students and three teachers so we’re very fortunate to have that.

Not surprisingly, the publicfeedback has so far been excellent.

‘Just the other day I had a message from a woman who has two children with needs and she said they never get to eat out usually, and when they do it’s usually so stressful, but that coming to our restaurant was the nicest trip ever, and that’s just so great to hear,’ said Carly. ‘So many people who have children with needs just don’t get to eat out at all, and we want to change all of that, and to make life easier for them.’ 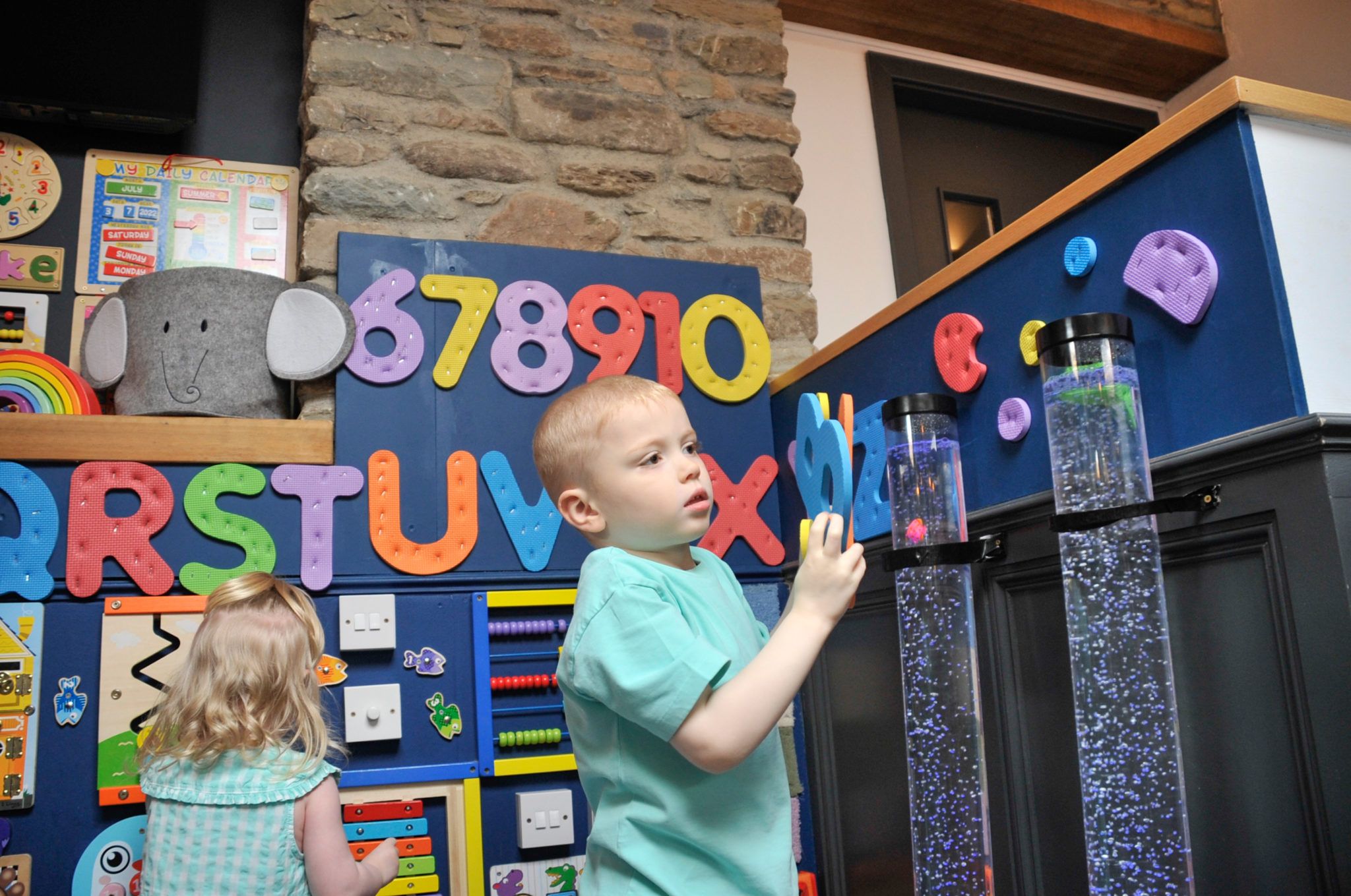 Lleyton and his sister at the sensory wall in the area of the restaurant their parents have called ‘Lleyton’s Lounge.’ (Photo: Karlis Dzjamko) 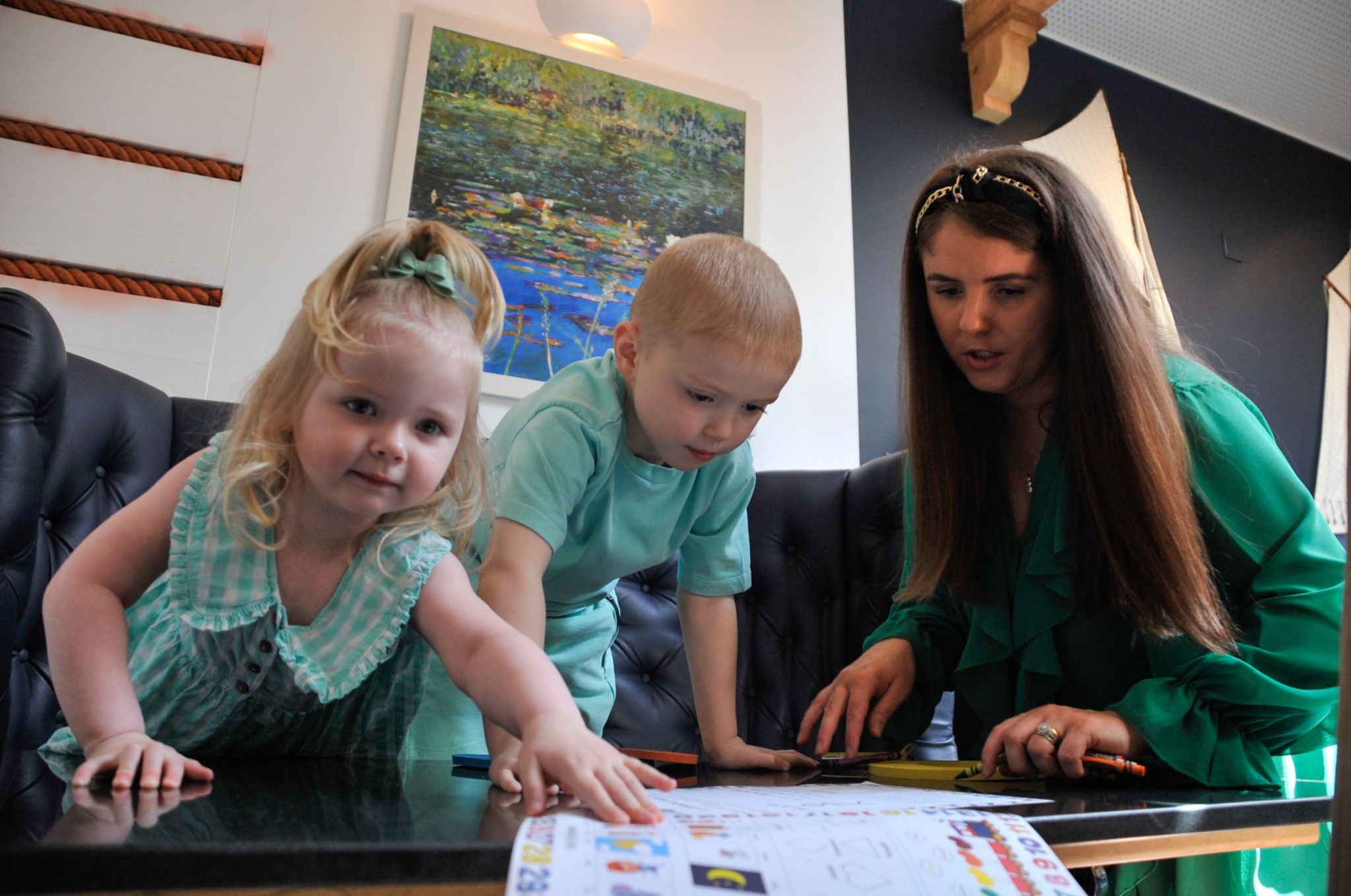