Gillian thought doctors would tell her she had asthma, but instead she got a lung cancer diagnosis. After a difficult year, that included surgery, she’s now on the road to recovery but she wants to raise awareness about the illness to help save lives.

When Gillian Ryan went to the doctor suffering breathlessness, the last thing she expected was a lung cancer diagnosis. She’s now raising awareness about the illness to help save lives

PEOPLE say life begins at 40 but that’s when I was handed what seemed like my expiration date.

So says Gillian Ryan who was given a devastating lung cancer diagnosis shortly after her milestone 40th birthday.

At the time the Bandon mum was routinely running 10km in the evening after work and attending a gym.

When she began to experience breathlessness in July 2021, she initially put it down to an adverse reaction to the Covid vaccine.

‘But two weeks after the vaccine I started really going downhill, so much so that I couldn’t even make it up the stairs without having to take a break. I knew there was something wrong,’ she said.

An office manager in Specsavers in Bandon, she remembers one day having to literally hold on to the side of her desk to prevent herself from collapsing.

‘I rang my GP and went straight to CUH,’ she remembers.

Scans detected a nodule on her right lung, but still Gillian felt it was a ‘thing of nothing.’

More tests followed as she wasn’t showing any signs of improvement and last November she was hit with a lung cancer diagnosis.

‘I was completely floored,’ Gillian admits. ‘I didn’t have any of the typical symptoms such as a cough, coughing up blood, or losing weight. I just had the dizziness and the breathlessness.

‘I had been convinced I was going to be told I had asthma and then, just like that, everything changed. I had to get back in my jeep and drive 20 miles home from CUH with life-changing news, which was devastating,’ she remembers.

Gillian underwent surgery on December 15th and remained in CUH until December 30th.

As Covid restrictions were in place, visitors weren’t permitted, but as she was extremely ill, it wasn’t a priority.

‘I was in ICU for the first week due to complications, my ribs had to be broken to get at the tumour. I was back in hospital again at the end of January with a collapsed lung, and two more nodules were discovered but thankfully they weren’t cancerous,’ she said. 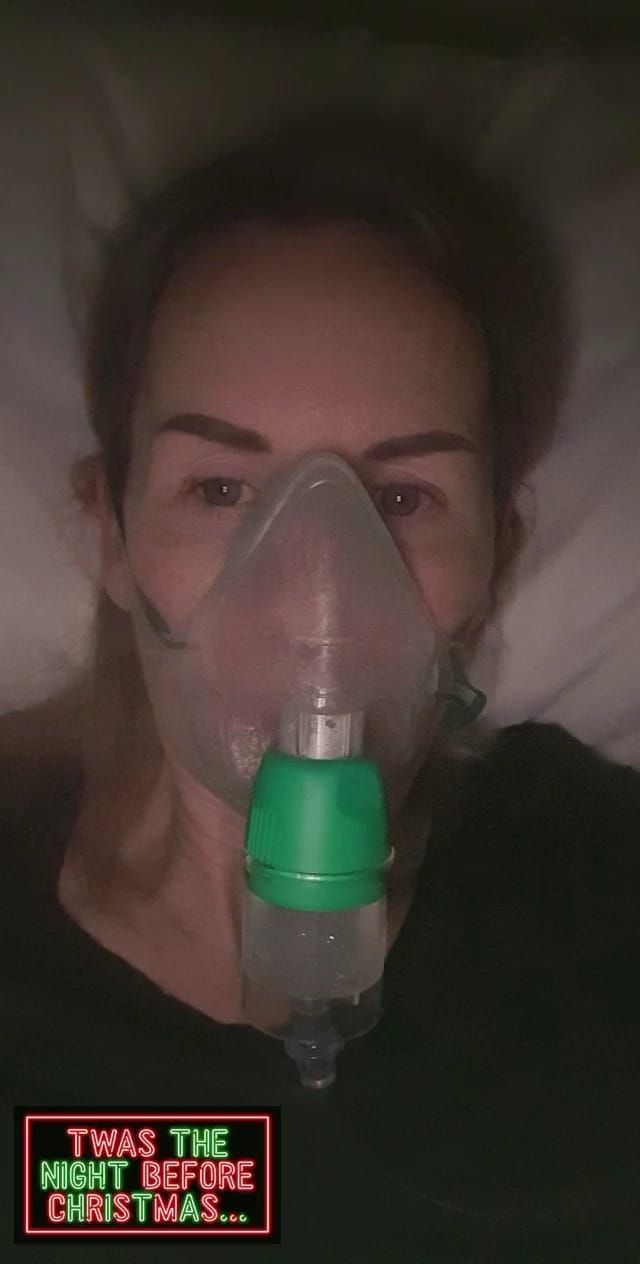 Last April she got the good news that she’s cancer free, and it was only then that the enormity of what she’d been through hit her.

‘There was a mix of emotions. I was elated but also devastated at the same time that I’d had to go through this,’ she said.

And despite being given a clean bill of health, with six-monthly check-ups, she admits she finds it hard to fully relax: ‘Every pain I get now I find myself wondering is this something else growing?’

‘I try to portray an image that I’m fighting fit, but I still can’t make it upstairs on my own without taking a break, and I wouldn’t go for a walk on my own either as I get dizzy and breathless.

‘I had a life before cancer and now I’ve a life after cancer which is very much in the slow lane, but I’m so fortunate that I have a brilliant family and friends,’ said Gillian.

She has recently fundraised for Cork Arc Cancer Support House, which has services in Bantry and Sarsfield Road, Cork city.

Gillian’s lung cancer nurse gave her their number and she’s found their counselling service to be an invaluable part of her recovery.

‘I realised that I’d just had the most traumatic year of my life. It was like I’d hit a wall and all these emotions just flooded around me, so I rang them and they’ve been fabulous. It’s like a continuous mothering from them, and they’re giving me the tools I need to process everything I’ve been through.’

To give back to Arc House, she recently raffled two Garth Brooks tickets for them.

‘I absolutely love him but I simply wasn’t able to go so I was happy to do this,’ she said.

As well as focusing on her physical and emotional recovery, Gillian is also focused on raising awareness about lung cancer.

‘I noticed that a few people were giving me looks when I’ve been out and about and coughing, and I’ve had to say to them that it’s not Covid, that it’s cancer.

‘But equally if you’ve had  a cough for more than three weeks, and you’re putting it down to Covid, you need to get that checked out and ask for a CT scan. Lung cancer is the biggest killing cancer in the world and 80% of people who are diagnosed don’t make it surgery as it’s detected too late,’ she said.

‘When I was diagnosed people asked me how many cigarettes I smoked, and if I had quit. More information is needed on the illness, as well as screening, to save lives,’ she said.

After the past year, her outlook on life has changed dramatically.

‘I no longer stress the small, silly things in life because I know I’ve been given a second chance. I surround myself with people who matter, who I love, and who love me and I savour the moments,

‘Nobody knows what’s around the corner and I’m proof of that.’ 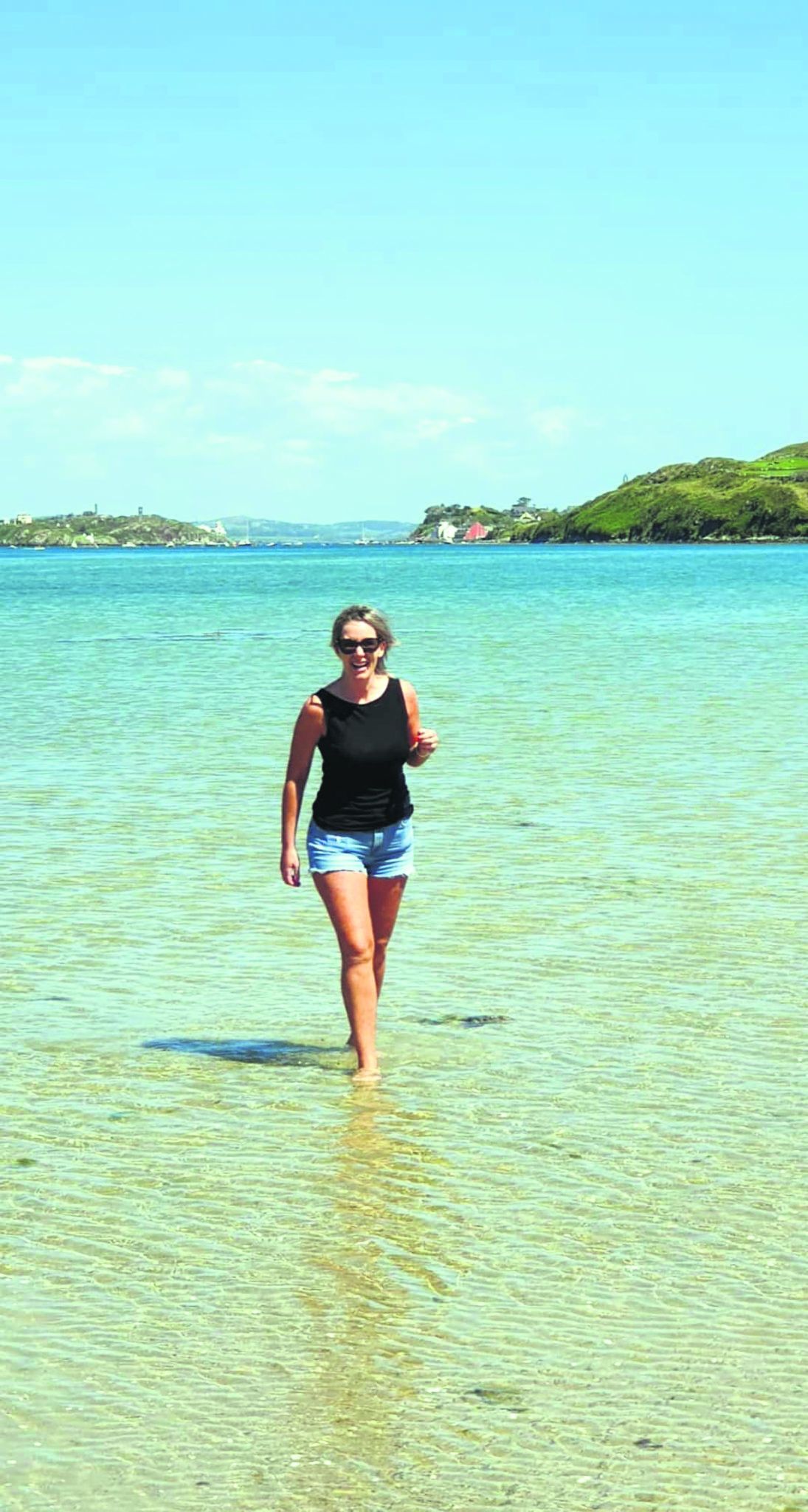 Before the diagnosis Gillian was a runner and gym-goer.