Bantry swimming group, the Snave Seals, are one of the many groups who have raised vital funds for Cancer Connect whose operational costs last year were €85,500.

Set up in 2011, one vital service has since made over 33,000 journeys bringing West Cork people to hospital appointments in the city. And it’s all thanks to local fundraising and 150 voluntary drivers

CANCER Connect is celebrating 10 years of incredible service to the West Cork community.

It’s a free, flexible and confidential transport service that runs from Castletownbere through Bantry, Goleen and  Skibbereen to Cork Hospitals for people receiving cancer treatments (radiotherapy, chemotherapy, and related treatments).

The service is entirely dependant on and supported by voluntary donations and community fundraising and operating costs in 2020 were €85,500. 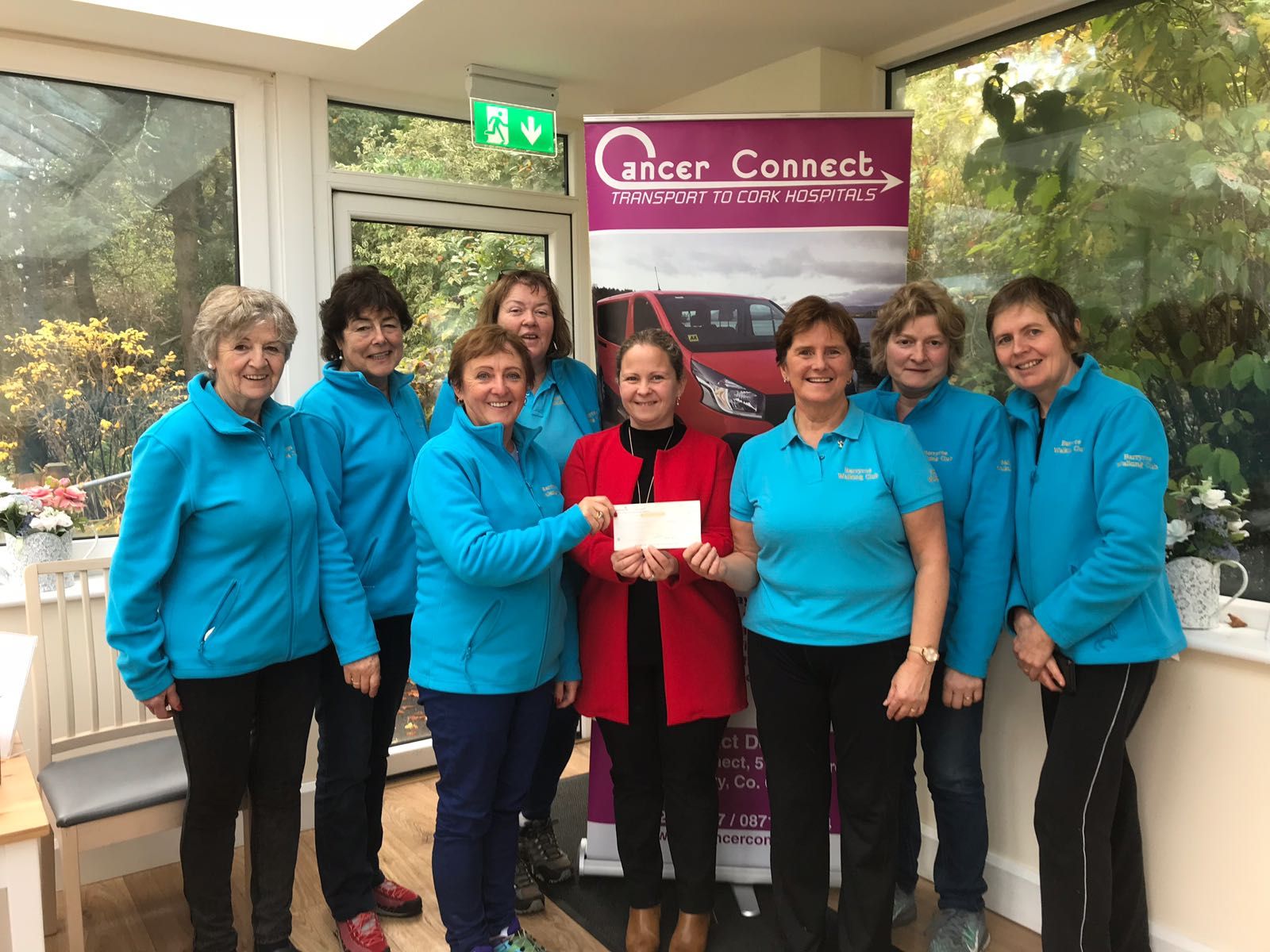 The service is provided by a team of 150 voluntary drivers throughout the region. The Cancer Connect fleet comprises six vehicles they have bought through fundraising, while another two were donated, and drivers take the wheel of one of these, or their own vehicle. Last year, the service completed 3,048 journeys, and to date they’ve clocked up an incredible 33,880.

It all began in April 2011 when Fr Donal Cahill and others from the Aughadown area became aware of a similar service being provided in Waterford.

Together with Local Link, the service was structured and it has been administered by the Local Link office in Bantry ever since.

During this time the project has grown from serving Aughadown/Skibbereen to all of West Cork and has since extended to both East and North Cork.

David O’Brien, Local Link  manager said: ‘The commitment is usually to be available to drive one day per month if possible, but many are available for more than one day.’

Two separate services are offered by Cancer Connect. There’s the radiotherapy service which operates each day Monday to Friday. There is a set timetable which is facilitated by Cork University Hospital (CUH). Arrival time is noon and all people are seen to by 1.30pm and they are back on the road home again. This is important for consistency as each day is the same and there is no changing appointment times once you are booked in and travelling with Cancer Connect.

The chemotherapy service is provided very much on a ‘one to one’ basis. Passengers are collected from their home in a car and brought to the relevant hospital. Once the treatment has been completed, the driver collects the passenger and brings him/her directly home. There is only one passenger in the car, though bringing a friend or family member for support is facilitated. Departure times are completely flexible, depending on the appointment time allocated. Again, this service is driven by volunteers.

In 2017 Cancer Connect received the distinction of receiving the overall Mayor’s Community Award.

David said that 2020 has been a challenging year, both in terms of passengers getting treatment appointments, voluntary drivers being unavailable and the subsequent restriction and impact of fundraising being entirely derailed.

But they maintained services almost entirely throughout the pandemic, albeit in a modified way at times.

‘Also worth pointing out is that since 2011, we’ve never once had to sit down and organise a fundraiser for Cancer Connect. It’s communities and individuals who are keeping this going, they own it. This is everyone’s service,’ he said. 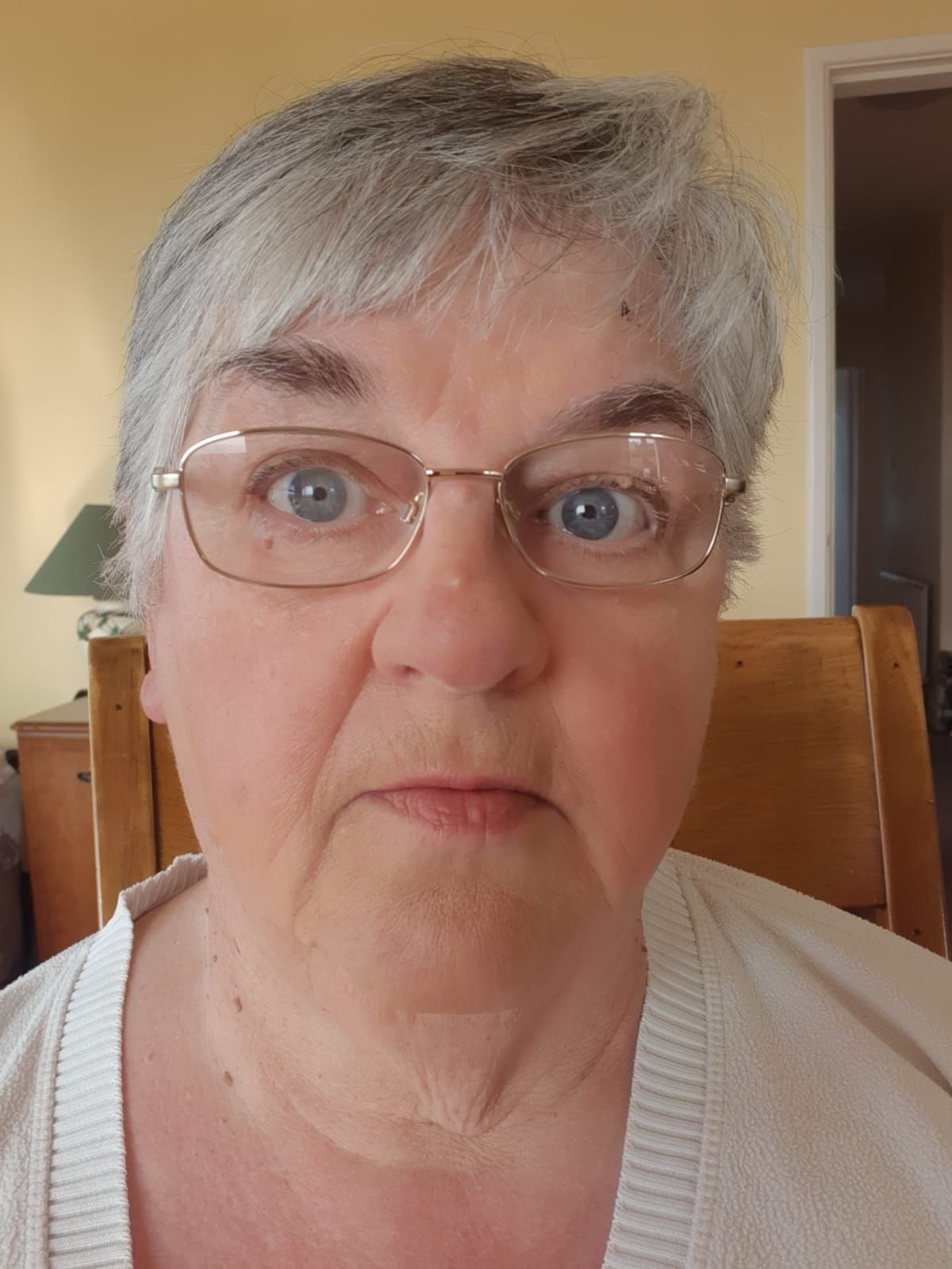 Retired principal of Cahermore NS, Monica Polly has been a driver with the charity since 2012.

Both her parents had cancer at various times, and she remembers how difficult it was to juggle time off work, despite fantastic support from colleagues, to bring them to different appointments.

‘There’s no other way to get to Cork on time for hospital appointments from here, other than to drive, which I know from my own experience, so it’s Cancer Connect or nothing,’ said Monica.

She said she’s met some incredibly positive people driving from the Beara peninsula to the city, something she usually does once a month, or twice if it’s very busy.

‘But you always need to remember that you’re just an ear, you don’t talk. Discretion is a very big thing as a driver,’ she said.

So, too, is intuition, she said. ‘I remember once, having to stop in Bantry to buy a duvet for a man who just couldn’t stop shivering with the cold after his treatment, even with the heating on.’

All her passengers are so positive and so thankful, but she said, that is not why you I do it. ‘It’s  just to give something back.’

Jim Murphy has been a volunteer driver for the service since almost the very beginning, after a local doctor asked him if he’d be interested in getting involved.

Since then he’s not only driven countless people to Cork, but has helped to fundraise around €80,000 for the charity.

Originally from Kenmare, Jim (along with five friends) organised a charity cycle for Cancer Connect, around nine years ago.

‘The first year there were around 180 cyclists and we raised €36,000,’ he remembers. After a few years, the cycle had grown so much that they included other charities like Marymount and Clon Community Care and over the years they’ve raised an incredible €220,000. Over 100 people are involved in organising the annual event, and he singled out Sinead Crowley for particular praise.

Jim, who had his own financial services business and is now retired, said: ‘It’s fascinating that when a text comes through from Cancer Connect looking for a driver, and if you don’t reply or happen to see it, even for a few minutes, that drive will have been taken, because there are so many willing volunteers.

Everyone just automatically gets it – you’re all feeling the exact same way, one more ill than the other, and you are all on the same level.

She availed of the service when she was undergoing radiotherapy, five days a week for four weeks, after a friend suggested it.

‘It was absolutely amazing,’ she remembers. ‘One driver was nicer than the next, and not once was I asked what was wrong with me. I was able to maintain my privacy and dignity at all times.’

Gina describes it as a safe space where you could just switch off. ‘In fact lots of days, on the way home I’d be asleep by the time we were in Clonakilty, so even if I’d wanted to, I wouldn’t have been physically able to do the drive.

‘Nothing was a problem, and you could even bring a friend or a family member if there was space.

‘The driver would be waiting directly outside for you and what could have taken you all day, was a much shorter process. I was home most days around 3.30pm.’

Since then, Gina has had friends who have used the service, and they’ve had the exact same experience.

‘I would 100% advise anyone facing treatment not to be afraid, and to definitely think about availing of this wonderful service. It made a difficult time an awful lot easier. I can’t sing their praises enough.’