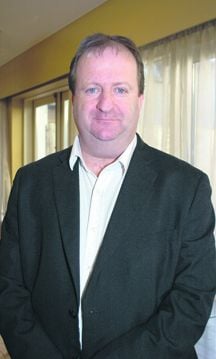 THE people of Bantry should not pay their water bills, a councillor has suggested.

Independent Cllr Michael Collins, has suggested that ‘the entire area should be declared bill-free’.

Speaking at a meeting of the West Cork Municipal District he said: ‘They are not getting an adequate service and should be bill-free until the problem is sorted.’

Mr Collins said continual breakages in the water supply, deplorable water quality in some areas, and a ‘moonscape’ road surface that cannot be repaired until the town’s water supply scheme is installed, are all good reasons why people shouldn’t pay.

The councillor also suggested that they send a letter to the Minister for the Environment asking for the Bantry Water System to be put on a priority list.

‘Some people don’t have water and any that do have muck coming through the tap,’ according to Mr Collins.

The commencement of construction is estimated to be ‘towards the end of 2015’.