Tom and Archer at the top of Tully Mountain in Connemara. Tom hopes to also start offering virtual guided tours of the country this year.

Tom Deasy and his four legged pal Archer are helping people discover the incredible treasures Ireland has to offer, right on their doorsteps, through their innovative guided walking tours

A CASTLEFREKE man was just days into his first tour of the season as an international tour operator when the pandemic hit.

But Tom Deasy saw it as an opportunity to pivot his career and launched Tom’s Tours to showcase the beauty and adventures we have to offer on our own doorstep, and all over the country.

And with his dog and star of the show Archer by his side, he is enjoying considerable success.

Tom grew up on a dairy farm with five siblings in Castlefreke. Aged 21 he headed off travelling for a few months, starting in Boston ‘which somehow expanded into eight years of living and travelling the world.’

‘After returning to Ireland I lived in Cork city for 10 years before finally getting back home to West Cork just two years ago, turns out just in time too,’ he said.

On his travels he worked a variety of jobs including a gardener at the Australian Grand Prix, and fruit picker in New Zealand but it was the time he spent behind a bar on Times Square in New York that started his career in hospitality, which provided a natural progression to the tourism industry.

‘Between NY and Cork city I worked and managed bars for 12 years which I absolutely loved, but I knew by 2017 I needed a change.

‘While I never really saw myself getting out of hospitality completely, it was a combination of events that somehow put me in the position to begin in the tourism sector,’ he said.

He started working as a tour operator that year, leading international tours, mainly from North America.

‘It would have been groups of 50 or 60 or so, and taking them around Ireland, on to the UK and sometimes Paris. I was that guy on the mic at the top of the bus!’ he said.

Around the same time he discovered his love of hiking, mainly thanks to his best pal and now business partner, rescue dog Archer.

‘I would be walking Archer around the city only to find him still full of energy so I started to go on more and more hikes with him.

‘I started sharing photos from hikes around Ireland on my Instagram and people seemed to enjoy it. I started vlogging (videos) then in 2019. 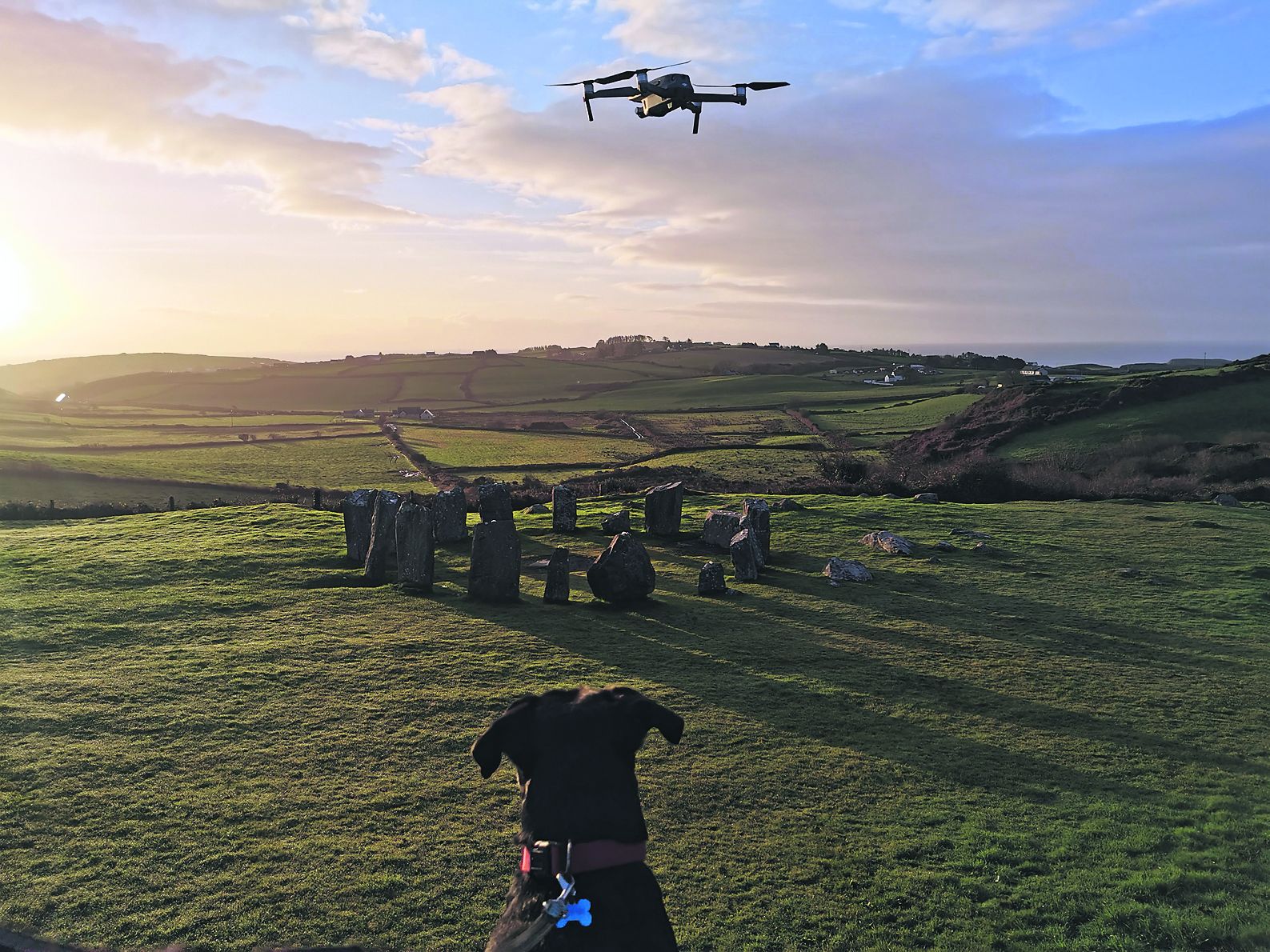 ‘After seeing how much people seemed to enjoy seeing Ireland and seeing as I love to talk and try to teach people what Ireland is really like while learning more about it myself, I saw a chance to turn my hobby into a career, and Tom’s Tours was born from this,’ he said.

‘On the 15th of March 2020 I was five days into my first tour of the season when the pandemic hit and Ireland went into lockdown. Of course like so many I expected it would not last long, little did I know what was to come. As 95% of my business was international travellers up until that point it wasn’t long before all tours were cancelled for the entire year which of course was devastating to my business.

‘Like everybody else I spent the rest of the year waiting and hoping for the nightmare to be over but while we were all stuck in our homes I felt it was a good time to share my local area with the hope that if nothing else, I could help people escape even for a few moments.’

By early last year, and seeing that we were all facing into a year of staycations, Tom decided to pivot his business accordingly.

‘I felt after lockdowns Irish people would be wanting to see, explore and experience lesser known parts of Ireland which is why I began offering guided walking tours of my local forest of Castlefreke.

‘On these tours I take people around a 7km looped walk which takes about 2.5 hours passing along the beach, lakeside and forest while learning about the area’s rich history,’ he said.

He also also offers private group custom designed tours all over the country.

‘Over the past few years Irish people have had a renewed love of the outdoors and here in Ireland we are so lucky to have such a wide choice of amazingly beautiful locations to enjoy.

‘I do however find that this leads to them battling themselves as it goes against all things Irish to pay for something like a tour guide when you’re still in Ireland.

‘We are slowly coming around to seeing the benefits of hiring a local guide though, and I see my tour more like an experience and not just a walk in the woods, and thankfully all have agreed so far,’ he said.

Tom says that if someone had told him five years ago that he’d love the outdoors as much as he does now, he’d have laughed at them. And it’s all down to Archer.

‘He came into my life when back in 2015 my then girlfriend convinced me to go to visit a dog shelter just “for a look.” It turns out we got much more than a look. 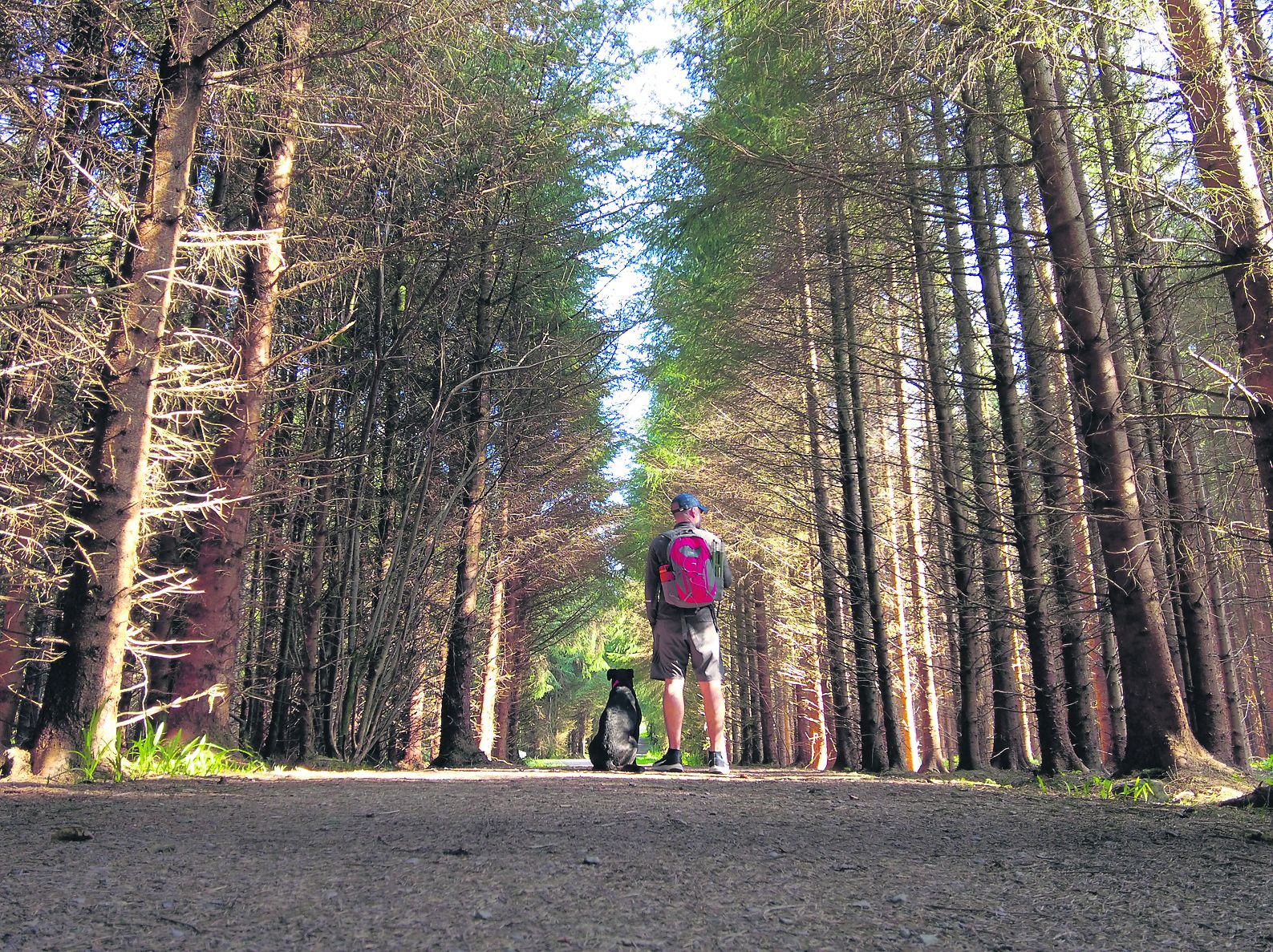 ‘I have to admit I wasn’t entirely sure about having a dog as we both worked full time but I’ve slowly gone from that to now planning my days around Archer. He is a seven -and-a-half-year-old staffie/collie mix who still thinks he is a pup and he is my best friend, hiking buddy and business partner. I’m not sure he knows just how famous he is but it is safe to say he absolutely loves coming on our adventures and knows how to pose for the camera.’

Tom now finds nothing more peaceful and relaxing than spending the day walking in spots as remote as he can find. ‘It’s about finding the peace and quiet that we all seek and I feel we need now more than ever.

‘I, like everybody, have found myself struggling with my own mental health at times over the past two years but when I go off on an adventure everything just seems that much brighter afterwards.

‘I understand hiking, walks, kayaking or the outdoors in general might not be for everyone but it certainly has helped me stay positive in a world that seems filled with doom and gloom. Finding your place of peace that makes you a little happier is everything,’ he said.

Like us all, he has no idea how the year ahead will unfold, but that doesn’t mean he isn’t planning to expand.

‘I know even if things improve over the coming months there will of course be people that may not feel comfortable flying or travelling in general so in the coming months I hope to be offering virtual guided tours around different parts of Ireland.

‘This way people can enjoy experiencing Ireland from the comfort of their own homes wherever in the world they are.’