Nicholas O’Donnell, enjoying some down time in his hometown of Bantry.

Bantry photographer Nicholas O’Donnell is only in his early twenties, but he’s already photographed some of the leading lights of our music industry. Now set to move to London, he’s ready to take his career to the next level.

An unassuming young photographer from Bantry has found the perfect ‘in’ into the public and private lives of some of the country’s best musicians.

Nicholas O’Donnell, the 23-year old photographer, who describes himself as being ‘quite quiet’ has, it seems, all the characteristics needed to be the proverbial fly on the wall.

‘If I am working with an artist on tour I remain quiet and don’t intrude and, in time, they open up,’ said Nicholas.

His first published photograph, at the age of 15, appeared in The Southern Star, but his first ‘fix’ came earlier while on a road trip with the family of a friend.

Using a cheap smartphone, he felt himself drawn to taking photographs of the landscape and, as he says himself, ‘something clicked.’

Nicholas described how ‘surreal’ it was to see his first photograph in print. It was a hiking scene, a community endeavour, in the Mealagh Valley and it generated a bit of a buzz amongst his family and friends.

He still appreciates the fact that his work was published locally. ‘It meant I got to know a lot of well-known people in the area,’ he said. ‘It gave me a chance to build up my confidence and it opened up new opportunities.

‘Obviously, I didn’t realise the extent of my interest in photography at that stage, but now my life revolves around work. You could say I am a workaholic.’

Nicholas went to Colaiste Pobail Bheanntraí and then attended St John’s College in Cork for a year of photographic studies.

He didn’t finish the two-year course because he was too busy. He had a heavy work schedule within the music industry and a tough commute up and down to Dublin where he photographed emerging acts such as The Love Buzz and Pretty Happy.

For all his apparent shyness, Nicholas has the ability to form enduring friendships and continues to work with former clients. He recently did the album cover for The Love Buzz, which featured the three members of the group standing in a field of daffodils. 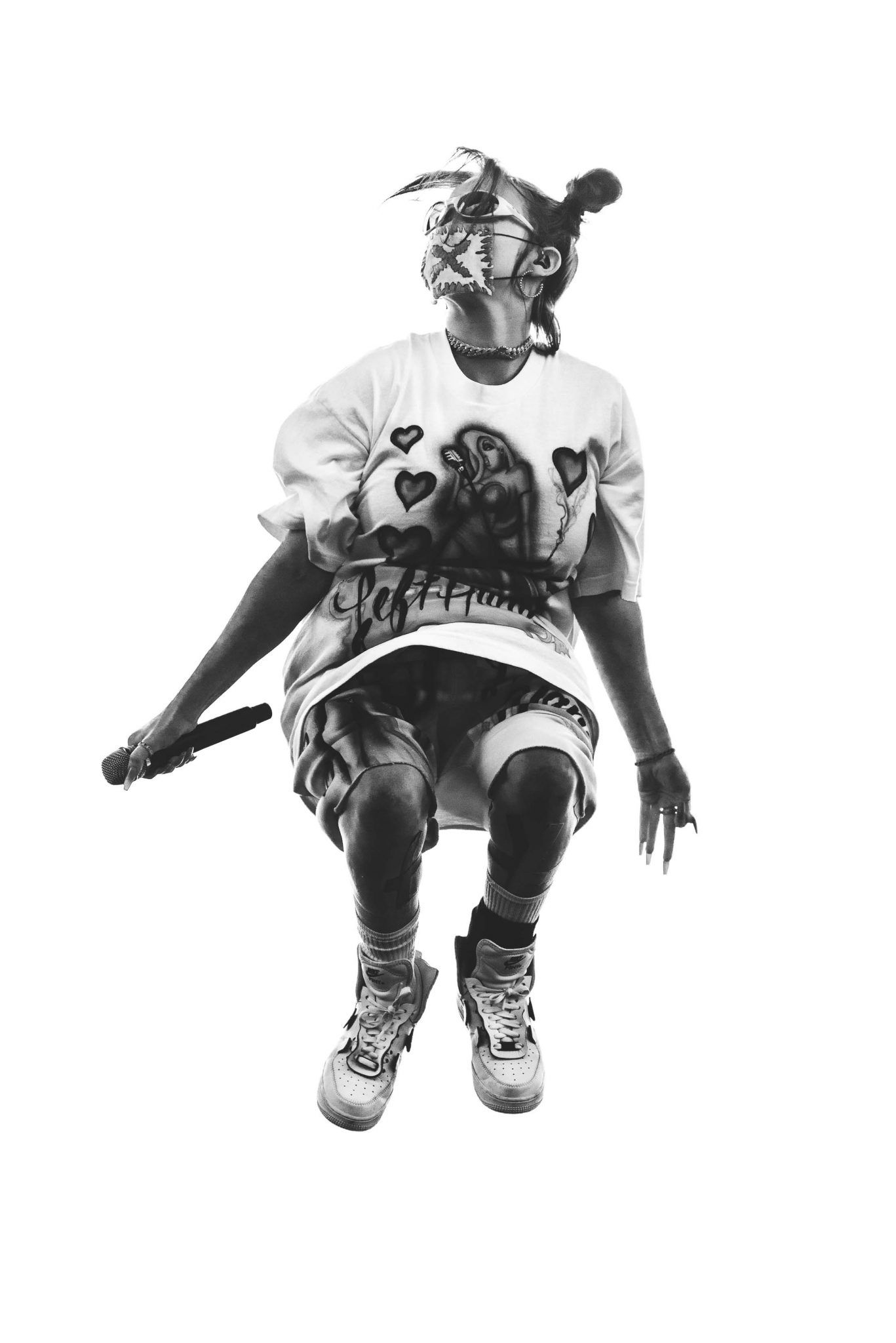 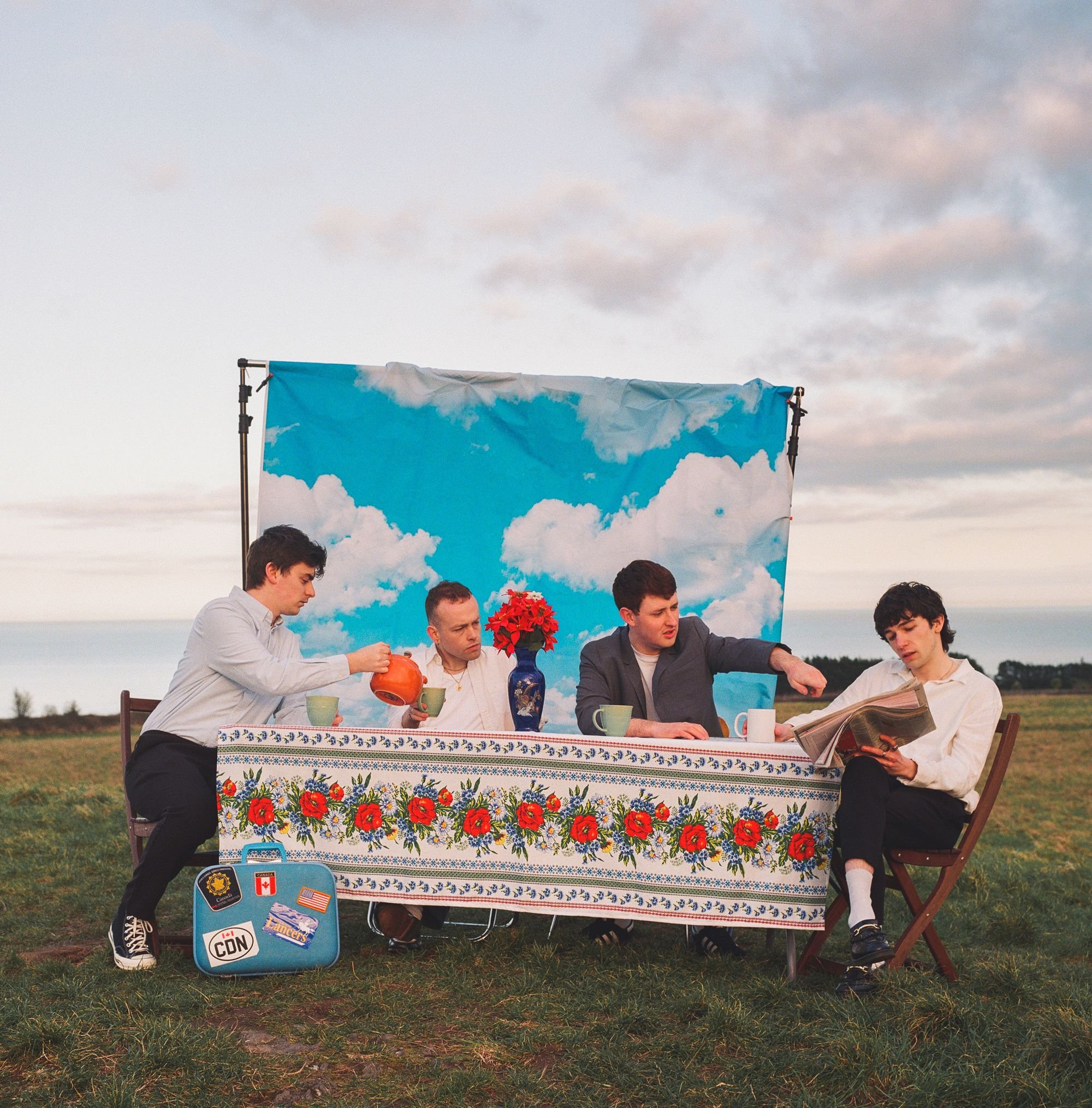 Nicholas is in demand by lots of bands including the indie pop band, Milk.

Today, as a music and portrait photographer, Nicholas is called upon by some of the best-known musicians in the country, such as The Coronas, Wild Youth and Lucy McWilliams.

The value of taking a good portrait photograph was instilled in Nicholas from an early age. His grandfather, Bill O’Donnell, was a talented photographer too.

As the owner of the Anchor Tavern, Bill was an eccentric, kind-hearted gentleman, who also passed on to young Nicholas his passion for travelling and for life.

‘That might sound like a cliché but anyone who knew Bill knew that he loved meeting new people and travelling to new places. As a publican, he also loved hearing other people’s stories too,’ said Nicholas.

As a full-time music and portrait photographer, much of the work Nicholas does consists of photographing concerts, working for festivals such as Electric Picnic, Longitude, and the Indiependence Music Festival.

‘Work gives me access to go on tour with musicians, and do promotional work for artists and their upcoming releases,’ he said.

‘I’ve been very fortunate to have my work published on magazine covers, such as Motley Magazine, Bass Player, as well as tour posters for a number of bands, as well as multiple single and album covers.

‘It’s been a tough but rewarding journey. I can see the progression in my work. Now, I love capturing people and I’ve decided that the music industry is for me because I get to bring my interest in music into my love for photography.’

One of the things he likes about it is that people from all walks of life end up in the music industry.

‘Most of the people I encounter are some of the nicest people I’ve ever met. I’ve also been blessed to have met some of my favourite musicians, and can now call many of them friends.’

Nicholas moved to Dublin in 2018 and was, despite his relative youth, able to make a decent living. But, as everyone is well aware, the Covid-19 pandemic has drastically altered the music scene, at least for now.

He’s back in Bantry for a bit, but has plans to move to London this month.

‘London has more opportunities and I feel I’ve done all I can in Ireland for now,’ he said. Already, he has built up a client base and plans to hit the ground running.

He is philosophical about his future. ‘Hard work makes luck happen,’ he said, ‘and I’m fortunate to have grown a style.’

That distinctive Nicholas O’Donnell style gives a film aesthetic to his images.

It’s earned him a burgeoning reputation. Musicians choose him because they like his work. They see in his work what they’d like other people to see.